This is the continuation of the previous post, Saving Jesus From Hypocrisy: Explaining Jesus’ temper tantrum and mudslinging.

We have already seen how his teachings conform to Stoic concepts but what about his behaviour? Is he a hypocrite for teaching his followers to call no-one a fool only to subsequently turn around and call the Pharisees fools? And what about that infamous “temple tantrum” (Fredriksen, 2000)? How did Jesus in Gethsemane feel about facing the crucifixion?

This post will conclude by explaining how the author of the Gospel of Matthew may have shaped Jesus as a Stoic sage, sometimes by subtly modifying aspects of Jesus’ behaviour in the Gospel of Mark. If I don’t answer your questions I hope at least to have left a few more questions.

Before we start, however, we need to be sure we have a basic understanding of what Stoicism in Roman times taught about law, emotions and the Stoic sage.

We spoke of the law of God/Zeus in the previous post. For the Stoic philosopher divine law was not a set of precepts nor even a set of principles as we might expect. 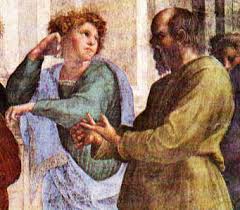 I’m reminded of the time I came to believe that “people are more important than principles” — meaning that even the noblest of principles (e.g. never lie, never use violence), followed wholeheartedly, can sometimes cause more harm to people than the breaking of them. Some of us who have read several of Plato’s dialogues will recall Socrates arguing the same thing. Socrates accosts a well meaning young man and asks him a question about virtue; the young man might enunciate a principle that is an absolute virtue; then Socrates proceeds to unravel this view with a series of questions raising all sorts of situations where the principle is clearly not a virtue at all. Example,

Thus in Stoic parlance, ‘law’ does not refer to a system of general principles, but to the particular injunctions of ethical experts. This is clear from their official definition of ‘law’.

Nothing about the standard Stoic definition of law says anything about generality or universality; it simply says that a law is a prescription or imperative (prostaktikon) that prescribes (prostattei) or forbids action. [The Stoic concept applied] not to the orders codified in the general and ‘law-like’ principles that are followed in the second-best constitution, but to the exceptional, anomalous over-riding prescriptions of the kingly expert. The essential nature of the law, in Stoicism, is that it prescribes, that is, issues imperative orders or commands, and the act of prescribing carries no assumption of generality or ‘law-likeness’; a reader . . . would assume that a prescription is an imperative or order, which, if anything, is more likely to be an ad hoc, one-off order that contravenes a standing system of general principles. Thus the centrality of ‘law’ to Stoic ethics has nothing to do with any interest in general, universal, or ‘law-like’ moral principles. (Brennan, T 2005, The Stoic Life: Emotions, Duties, and Fate, pp.193-194)

Recall from the previous post that only a Stoic sage, that most rare of persons, is the only one who is truly capable of living such a godly life. The sage follows not a set of precepts like civic codes but the will of Zeus expressed in universal law. And that universal law is not a set of rigid principles nor even a mind-set on ‘intentions’ to do right. One might say that even the Pharisees followed biblical principles and the wicked could borrow money with every intention of repaying it. The Stoic sage, like Zeus or God, embodied a far higher ethic.

One can see where this Stoic view is leading in relation to our theme of the Stoic Jesus in the Gospel of Matthew. A Stoic sage-like Jesus is vulnerable to being accused of violating righteous principles and law even though the reader can see he is the true embodiment of the highest law.

One might also understand at this stage that Jesus’ own commands can only be truly understood and followed if one possesses godly wisdom and true virtue. That is, one is not spiritually mature if one reduces a teaching of Jesus to an ‘inviolate principle’ for all time and circumstances.

The above helps us understand more clearly the following explanation by Stowers in relation to Jesus:

Ultimately, there is only one way to know what is the right thing to do in a particular circumstance or what Zeus requires: consult a sage. According to circumstances, the sage might even go against what convention and local law deemed to be appropriate actions in order to perform an appropriate and perfect action. The sage’s action, obedient to reason/Zeus, ultimately defines what constitutes a perfectly appropriate action in any particular circumstance. On this view, moral authority requires a perfect moral expert. Only the sage, then, stands as an authoritative interpreter of these common norms, codes, and local laws. . . . .

I suggest that Matthew’s Jesus, who, unlike the traditional Judean experts on the law, interprets the law with total authority and embodies God’s own wisdom, is a figure shaped by the Stoic idea of the sage.  (2010-11-01). Stoicism in Early Christianity (Kindle Locations 1653-1661). Baker Publishing Group. Kindle Edition.

[T]he sage’s action, although always following the will of God, the universal law and reason, might in particular circumstances be contrary to what the accepted moral norms of non-sages indicated was right, even for sages.  (2010-11-01). Stoicism in Early Christianity (Kindle Locations 1844-1845). Baker Publishing Group. Kindle Edition.

But isn’t a Stoic supposed to have the full emotional range of Startreck’s Spock? Again, another learning curve I’ve been taking on since Stowers’ chapter and his various references.

Second, contrary to popular and scholarly conceptions of the Stoic, the sage was to be a highly “passionate” person who had and expressed strong feelings.(2010-11-01). Stoicism in Early Christianity (Kindle Locations 1853-1855). Baker Publishing Group. Kindle Edition.

By the end of this post we will see just how important this concept is. 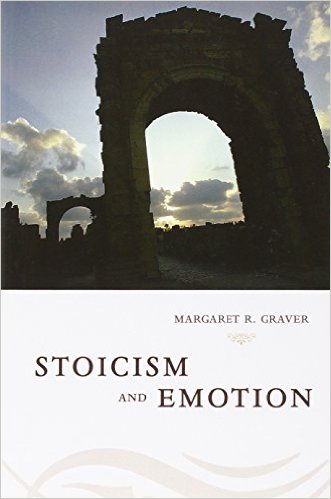 The emotions of mere mortals (those of us without the full understanding of the Stoic) are said to derive from false values. These emotions are responses to self-interested events and attachments to ephemeral possessions and are therefore not “good”. Stowers finds a more rounded picture, however, in the work titled Stoicism & Emotion by Margaret R. Graver. Graver explains that for the Stoic anyone, even a sage, could be suddenly “struck” against their will by an initial feeling for a situation — an “impression” (i.e. a pre-emotion, a preliminary awareness of the emotion), but the wise will deflect that “impression” be means of right reason and will power; the foolish will assent to it. Experiencing the initial “impression” of the emotion is not itself a wrong.

Normal human emotions can be either good or bad: delight and desire are better than distress and fear. But even good emotions are mundane because they arise out of false values. One is delighted to see a poor person being given a generous gift, for example, yet this is an emotional response over an entirely transient material gain.

The Stoic on the other hand will learn to embrace the “corrected” version of these emotions, or “proper feelings” that have been trained by right reasoning and understanding. (The term for these higher Stoic emotions is “eupathic” responses.) Rather than delight at seeing a poor person receive a handful of money the true Stoic will have joy (chara) in seeing the act of generosity itself, not the money in the hand of the poor. The corrected emotion is towards the “genuine good” and not the false good.

I use the example of joy because it is “preeminent among eupathic responses” for the Stoic.

An “ignorant” person will express the bad emotion of fear (of death, say). The Stoic on the other hand will rise above this emotion — after all, death at a certain time may in fact  be God’s will — and correct it into “caution”.

The unreasoned emotion of “desire” (which includes anger as a subset of desires in the Stoic taxonomy) will have its higher counterpart in the Stoic’s “wish” for the true values and the true good.

The Stoic sage interpretation of Jesus

So with this understanding of law, emotions and the sage in Stoic thought, let’s have another look at the behaviour of Jesus in the Gospel of Matthew.  END_OF_DOCUMENT_TOKEN_TO_BE_REPLACED