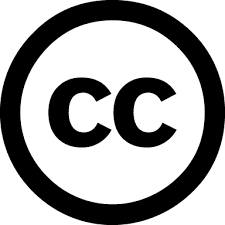 Joel Watts left no such comment on my blog. I received no email from him in my Gmail account and I have offered my gmail account for inspection by legal investigators.

Joel Watts had an opportunity to raise his objection with me when I subsequently commented on his own blog post on his own blog-site to explain to him that I had posted a reply to his blogpost. Joel Watts replied to my comment informing him that of my post but he gave no indication that he believed I was infringing his copyright. See http://unsettledchristianity.com/2013/06/on-the-science-of-history/ for my comment at 12:43 and Joel’s six minutes later.

So Joel Watts had at that time the opportunity to notify me of his objection at that time but failed to do so.

As evidence of my good faith I have a Copyright Permissions statement on my own blog inviting readers to notify me if they believe I am in breach of their IP. This is titled “Permissions: mine and yours”. A copy of that page can be seen here http://vridar.org/about/permissions/ but the original can also be inspected by WordPress on the deactivated site.

My post, /2013/06/26/the-laziness-and-incompetence-of-yet-another- biblical-scholar/, was removed from public view, presumably by WordPress, but I was unaware that WordPress had done this deliberately. At the time I asked my co-author, Tim Widowfield, about this and he explained that he may have accidentally done it himself, but wasn’t sure. Tim has explained this at  http://vridar.org/2013/06/28/rising-from-the-ashes/

It was soon after that that Vridar blog was deactivated. I assumed there was a simple mistake and that it would be quickly restored — and wrote to WordPress to make this correction.

It was only then that WordPress informed me of the take-down notice. I have asked several times, without satisfaction, for WordPress to email me a copy of the evidence that they did indeed post it when they claim and to what address. I do not say they are lying. I simply don’t understand how two closely related emails sent to me at that time did not appear in my gmail account. You can be sure I have searched thoroughly, including in the spam folder. There is nothing. I have asked WordPress for help by telling me exactly what the subject header was and if the take-down notice came in the form of an attachment. Still no reply. Rather, WordPress legal team appear to be on the other end of these emails and they have always only told me I need to file my own counter-claim legal document for consideration.

As for Joel’s claim and apparent evidence that he sent me a warning in an email (though not a comment on my blog as required by Automattic Inc. and the DMCA rules he is now appealing to) I cannot comment. I would like to know more. The workflow, the processes, the audit trail of the email. I do not understand how he could have sent it as he assures us he did — especially since the WordPress email around the same time also did not appear in my mail account — very strange.

I have now done filed my counter-claim. Even though the blog has now been moved to here I still very much want access to my original blog to gather certain files and data that have not all come been recovered, and especially to notify subscribers and other visitors of my new site.

Oh, and by the way, that offending post Joel objected to is back up again here with a couple of additions. See http://vridar.org/2013/06/26/the-laziness-and-incompetence-of-yet-another-biblical-scholar/

21 thoughts on “What Happened to Vridar? (updated with more reflections on Joel’s role)”