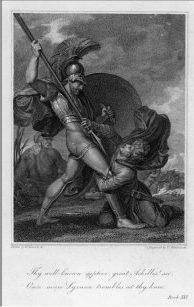 So Nireus, while handsome, is flawed. He can only attract a small following. END_OF_DOCUMENT_TOKEN_TO_BE_REPLACED

This continues the previous post that introduced Edmund Cueva’s study in the way our earliest surviving Greek novel was composed by combining historical persons, events and settings with fictional narrative details and characters that were inspired by popular myths.

Cueva is not comparing these novels with the gospels, but I do think it is important to compare them. There are quite a few studies that do argue that many of the details in the gospels narratives, even some of the characters, were copied from older stories found in both the Old Testament and in popular Greek literature. This would mean that the gospels are not unlike some popular Greek novels to the extent that they are stories that combine both historical and fictional characters and events in their story, with those fictional characters being conjured up by imaginative extrapolations of mythical characters.

In the previous post I focused mostly on the historical characters and events that are major players in Chariton’s novel Chaereas and Callirhoe.

In this post I outline some of the evidence that the heroine of the novel and her adventures were imaginatively inspired by popular Greek myths, especially those about Ariadne and Theseus. (I do so with apologies to Cueva, too, because what I include from his discussion is necessarily a savage simplification of his arguments for mimesis. Cueva includes in his discussion verbal echoes between Chariton’s novel and Plutarch’s Life of Theseus, and discusses more characters than just the heroine, Callirhoe.) END_OF_DOCUMENT_TOKEN_TO_BE_REPLACED