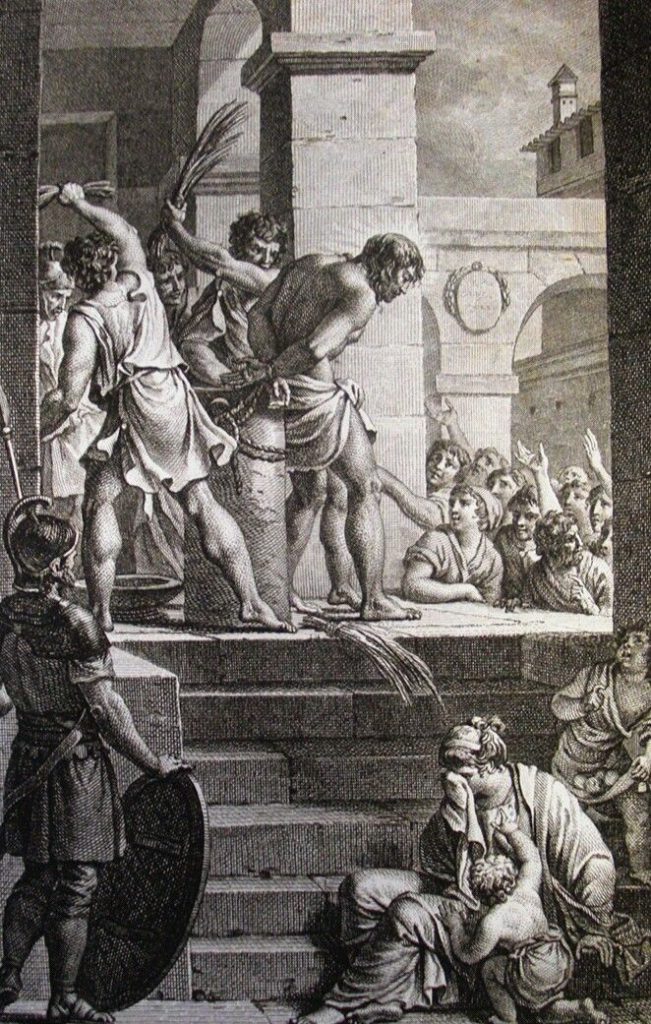 I used to wonder if whoever wrote the Gospel of Mark intended to have Jesus in the last half of the Gospel largely reverse the role he had carved out in the first part of the Gospel.

The gospel is characterized by reversals and ironies at many points. The one who raised the dead dies, but is resurrected, too. Demons recognize who he is but his disciples fail to do so, yet when they finally do their leader himself is rebuked as a “Satan”. The way to gain one’s life is to lose it. Those commanded to silence speak, and those who are commanded to speak are silent. Jesus performs great miracles in Galilee, but when he reaches Jerusalem as the Messianic King he is powerless, rejected and slain.

The first miraculous act by Jesus when he begins his mission in Capernaum is an exorcism of a man in a synagogue. The moment of the evil spirit departing is described as follows:

And when the unclean spirit had convulsed him and cried out with a loud voice, he came out of him. (Mark 1:26)

The moment of Jesus’ death is not unlike the signs of an exorcism, with a loud shout and exiting of one’s spirit or breath: END_OF_DOCUMENT_TOKEN_TO_BE_REPLACED

John Spong finishes off his chapter (in Jesus for the Non-Religious) about healings by discussing the healing of blind Bartimaeus as found in the Gospel of Mark and healing of the man born blind in the Gospel of John. I’ll be sharing material from an old article by Vernon K. Robbins about Mark’s treatment of the Bartimaeus episode. Spong covers much the same theme but in less depth. (The article I use is The Healing of Blind Bartimaeus (10:46-52) in the Marcan Theology, published in the Journal of Biblical Literature, June 1973, Vol. 92, Issue 2, pp. 224-243.) Will also draw on Michael Turton’s Historical Commentary on the Gospel of Mark.

The story of Bartimaeus is constructed to inform readers that Jesus is greater than the traditional idea of the Son of David. The details of the story serve only to point out the identity of Jesus Christ and the meaning of discipleship. The healing of blindness is only the symbolic way in which these messages are conveyed. Take away the theological meanings of the story and it becomes a meaningless tale. There are no details left over that give us any reason to suppose that the story was ever anything more than a symbolic or parabolic fiction.