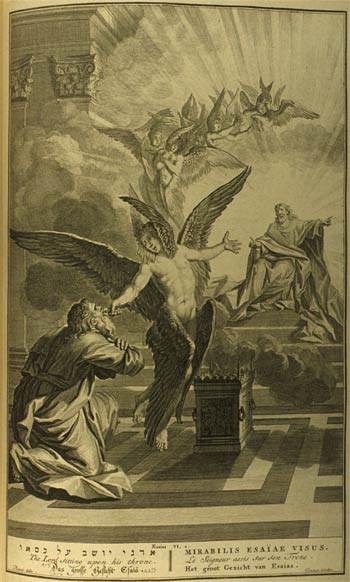 We read the same phrase again in the longer Ethiopic version’s “pocket gospel” when those responsible for the crucifixion are said to crucify the Beloved “not knowing who he was”.

And after this the adversary envied Him and roused the children of Israel against Him, not knowing who He was, and they delivered Him to the king, and crucified Him, and He descended to the angel (of Sheol). (Asc. Isa. 11:19)

That’s all as we would expect.

In the shorter version, however, the one that Doherty, Carrier, Barlow suggest is closer to the original, we have the phrase repeated in a different context and with a different connotation. It is no longer used to describe the fulfilment of the prophecy found in all relevant versions in 9:14. When we come to the beginning of chapter 11 in the shorter version we read not an account of the birth and death of the Beloved but a short statement as follows, one not found in the longer Ethiopic text:

“. . . to show you everything. For no one before you has seen, nor after you will be able to see, what you have seen and heard.” And I saw one like a son of man, and he lived with men in the world, and they did not know who he was.

And that’s it. No more. No account of the prophecy of chapter 9 being fulfilled with those crucifying the Beloved “not knowing who he was”.

Charles sees the shorter version as a corruption of a longer narrative. In the longer Ethiopic account we read that, as prophesied, those who crucify Christ do so not knowing who he is. On the other hand, Charles interprets the shorter account as a removal of the longer one, with the leftover phrase, “not knowing who he was” now having taken on a different context and significance from its original intent as prophesied in chapter 9. The phrase no longer imputes ignorance to the killers but rather shifts the meaning to the son of man not being recognized among other humans on earth.

Now several arguments have been raised against Charles’s viewpoint and conclusion.

The first objection raised by James Barlow is this one:

First off, it is not merely those who crucify him who do not know who he is in xi. 2-22, but virtually everyone.

That is quite correct. The “pocket gospel” does note that no-one recognizes Jesus throughout his time on earth beginning from the moment of his “birth”. At the same time, though, I think one has to acknowledge that the narrative reason for this ignorance is so that the humans who are roused up to crucify Jesus by the prince or ruler of the world will do so, will crucify him, “not knowing who he is” — and that same prophesied phrase from chapter 9 is repeated in the same point of its fulfilment in chapter 11. Neither humans nor demons know who it is they are crucifying.

Hanging on a tree

There is another objection Barlow raises:

Secondly, in xi. 19, Charles translates the Ethiopic “and crucified him” whereas the original L2 ix. 14 has “and suspended (hung) him on a tree”—the difference, if we are to take into full consideration the fact of what Isaiah ‘saw’, is formidable, the former decidedly post-Pauline.

Indeed, “hung him on a tree” does sound very primitive. Yet — primitive though it sounds, we find it appearing in another decidedly post-Paul text, the Acts of the Apostles 5:20

The God of our fathers raised up Jesus, whom you had killed by hanging Him on a tree.

If Acts was composed as late as the mid-second century as some scholars propose then we cannot assume that the phrase (hanging on a tree) is decisive in dating a text to a pre-Paul era.

On expansions and omissions

Finally, it is hard to see how the “thorough inadequacy with which the earthly life and destinies of the Messiah are treated in SL2″ have taken a great qualitative leap in xi. 2-22; suffice to say that if there was no extensive ‘earthly life and destiny of the Messiah’ to speak of SL2’s treatment of the matter is bolstered by a type of honesty; Charles’ complaint would have us think that the fullest account is the most reliable, reminiscent of St. Bonaventura’s belief it is always better to err on the side of piety at the expense of veracity than on the side of brevity on behalf of paucity.

The bolding is mine. Doherty makes a similar point:

What editor would have been willing to sacrifice a 20-verse account of the Son on earth, the only mention of such a thing in the document, and replace it with a simple “and he dwelt with men in the world, and they did not recognize him”? What Christian scribe ever showed aversion to “legendary features”? If it somehow did create a negative impression, experience shows that later scribes consistently revise—if anything, expanding and making things more detailed—not slash to virtually nothing. (JNGNM, 124)

(Richard Carrier’s arguments will be addressed in a separate post.) 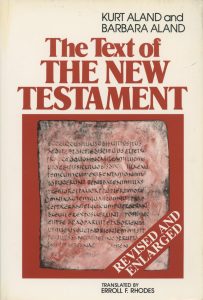 Agreed, we do often find expansions to texts as scribes tend to add, re-write, explain, qualify, rather than delete and omit. But that is not an iron-clad rule. It is a frequently found principle but it is not a law. One of the “Twelve Basic Rules for Textual Criticism” set out by Kurt and Barbara Aland in The Text of the New Testament (2nd ed) warns us against taking a general principle as an unbreakable rule:

The venerable maxim lectio brevior lectio potior ( “the shorter reading is the more probable reading”) is certainly right in many instances. But here again the principle cannot be applied mechanically. It is not valid for witnesses whose texts otherwise vary significantly from the characteristic patterns of the textual tradition, with frequent omissions or expansions reflecting editorial tendencies (e.g., D). Neither should the commonly accepted rule of thumb that variants agreeing with parallel passages or with the Septuagint in Old Testament quotations are secondary be applied in a purely mechanical way. A blind consistency can be just as dangerous here as in Rule 10 (lectio difficilior).

Many of us familiar with the canonical gospels can see one major instance of a “great omission”. The author of the Gospel of Luke had before him a copy of the Gospel of Mark and followed it reasonably closely, often adding to his source and certainly elaborating much of it, especially with his birth narrative. However, the same author for some reason chose to entirely omit any hint of Mark 6:45-8:26. In scholarly discussions this is known as “the Great Omission”. Some scholars have suggested narrative cum theological reasons for such an omission: the author of Luke wanted to remove any hint that Jesus had extended his ministry into gentile regions. In previous posts we have seen how the pocket gospel could have been read as a docetic-like narrative at odds with “orthodox” teaching.

The point is made explicit

I am not saying that the longer text, the pocket gospel, is definitely original. The questions I have raised about the above arguments are only questions: they are not dogmatic rejections of the points addressed. My intention is to rethink carefully the arguments before us and not to be too quick to jump either way.

This attempt to review the arguments in favour of the shorter Asc. Isa. being original — partly to support a thesis that Jesus was crucified in a non-earthly realm, but also to strengthen the case for Paul’s knowledge of the text — is slow going. But I want to be thorough.

Aland, Kurt, and Barbara Aland. 1989. The Text of the New Testament: An Introduction to the Critical Editions and Toi the Theory and Practice of Modern Textual Criticism. Translated by Erroll F. Rhodes. 2nd ed. Grand Rapids, Michigan: William B. Eerdmans.

Doherty, Earl. 2009. Jesus: Neither God nor Man: The Case for a Mythical Jesus. Ottawa: Age of Reason Publications.