We had problems with software I once used in connection with uploading images and too many images have simply disappeared altogether, it seems. With the post in above most of them are even missing from the Wayback Machine (archive.org) — which only captured the post once, in 2015, presumably after images were lost.

I know some blog readers have copied older posts. If anyone reading this happens to have a copy of https://vridar.org/2012/12/25/merry-midrash/ I’d very much welcome being sent the images again.

With thanks once again,

We know that the gospels contain many stories that are based on Old Testament narratives. Jesus raising Jairus’s daughter is clearly developed on similar miracles by Elijah and Elisha; Jesus stilling the storm has rewoven core elements of the story of Jonah; the miraculous birth of Jesus finds its mirror opposites in the miraculous births of patriarchs and judges. Frequently we find New Testament scholars describing this building of stories upon earlier “biblical” accounts to be a special form of Jewish composition called midrash. The term comes with some controversy, however, and it can be helpful if we understand what it means to different people if our intention is to communicate as smoothly and agreeably as possible.

I first became aware that its meaning and usage was not so straightforward in a discussion forum back in 2000 when Mark Goodacre pointed out to his colleagues the following:

Spong should indeed be expected to observe correct scholarly deﬁnitions of the term midrash.

(1) Spong is (explicitly) dependent on the work of Michael Goulder who in 1989 had withdrawn his previous usage of the term “midrash” to describe the creative work of the evangelists (see my previous message for bibliographical information). This was as a direct result of Philip Alexander’s critique.

(2) About eight years ago I went to a paper Spong gave in Oxford at which he repeatedly used the term “midrash” to describe Matthew’s creative work in the birth narrative. It was pointed out to him publicly that his use of the term was inaccurate and that his source for the usage, Michael Goulder, had withdrawn it.

So Michael Goulder introduced the term to John Shelby Spong but subsequently stopped using the term as a result of a criticism by Philip Alexander. I will return to his criticism that influenced Goulder. 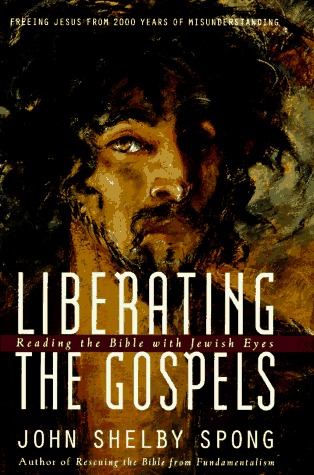 Spong was not as completely tone-deaf to all voices, however, since he did explain afterwards that he himself had decided to at least change the way he used the word:

I became convinced that I wanted to write my next book on the Jewishness of the Gospels. . . . . My first working title of this new book was The Gospels as Midrash. My editor at HarperCollins, however, discouraged that title for two reasons:

I had seen that reaction in my closest rabbi friend, Jack Daniel Spiro, the first time I used the term in a public lecture that he attended. I do not ever want to be offensive to my fellow pilgrims within the Jewish tradition, so in this book I have used the word midrash only as the modifying adjective, midrashic, both to indicate the broadness of the way I am employing this concept and also to leave the word midrash to its special Jewish understanding. 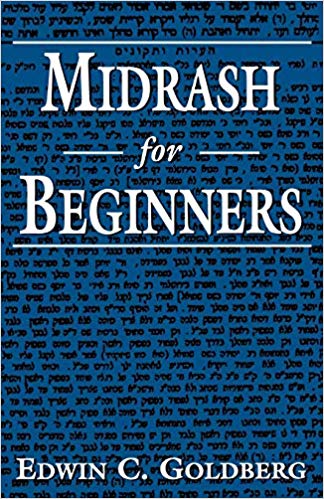 In Edwin C. Goldberg’s Midrash for Beginners we read at the outset

Suffice it to say that there are two general meanings of the term “midrash”:

Note the first meaning brings us back to Spong’s use of the word form “midrashic”. We might wonder, though, if that first meaning is rather too broad. Why not just speak of “interpretation” or “literary borrowing” instead of “midrash”? 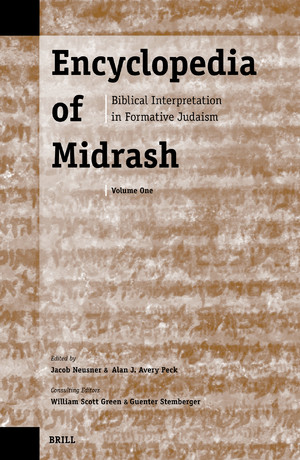 We find a similar question arising with the Encyclopedia of Midrash. In the second volume we find an article New Testament Narrative as Old Testament Midrash by R. M. Price. Price views the gospels as a special form of midrash, haggadic midrash:

The line is thin between extrapolating new meanings from ancient scriptures (borrowing the authority of the old) and actually composing new scripture (or quasi-scripture) by extrapolating from the old. By this process of midrashic expansion grew the Jewish haggadah, new narrative commenting on old (scriptural) narrative by rewriting it. Haggadah is a species of hypertext, and thus it cannot be fully understood without reference to the underlying text on which it forms a kind of commentary. The earliest Christians being Jews, it is no surprise that they similarly practiced haggadic expansion of scripture, resulting in new narratives partaking of the authority of the old. The New Testament gospels and the Acts of the Apostles can be shown to be Christian haggadah upon Jewish scripture, and these narratives can be neither fully understood nor fully appreciated without tracing them to their underlying sources, the object of the present article.

That article follows directly upon another by Gary Porton, Midrash, Definitions of. The opening definition that I quote here clearly excludes the gospels as a form of midrash. With my emphasis… END_OF_DOCUMENT_TOKEN_TO_BE_REPLACED