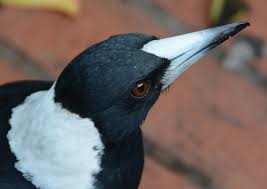 I loved this program when it was first broadcast a few months ago and appreciated the ABC’s Radio National “re-releasing” it as a podcast. I always love watching magpies and so often notice fascinating behaviours. For some years many times I went outside to hang the washing out the same magpie would fly down and perch on the clothes line, looking intently at me as if to greet me and spend some time with me. In Australia we easily take their beautiful song for granted so I was pulled up with some surprise when an overseas tourist expressed amazement at the sound.

Anyone interested who hasn’t yet heard the program, do listen to

The colourful life of the Australian Magpie

The opening seconds is all you need to hear their sound.

Other details that fascinated me:

Peter Nothnagle: No evidence for a historical Jesus

Reader Peter Nothnagle sent me the transcript of an Easter talk, “Jesus: Fact or Fiction?”, that he gave last March to a joint meeting of the Unitarian-Universalist Society of Iowa City and the Secular Humanists and the Secular Students at Iowa. I was much impressed with Peter’s success at distilling all the scholarship around the historical “Jesus” (he’s read all the relevant stuff) as well as his ability to present it in a reader (and listener) friendly manner.

Peter’s conclusion is that there is no evidence for a historical person around whom the Jesus myth accreted—something I’ve thought for a long time. . . .

Peter Nothnagle (who describes himself in his presentation as “just some guy with a hobby”) forwarded Jerry Coyne a covering note in which he writes:

I conclude that the figure of Jesus was invented by one faction in a diverse religious landscape in an effort to create an “apostolic succession” of authority – “our priests were taught by priests that were taught by followers of Jesus Christ himself, in person”. But even if I’m completely wrong about that, it is undeniable that the only evidence that exists for a living, breathing, walking, talking Jesus is weak, contradictory, or simply fraudulent. Therefore no one can be justified in believing that such a person existed.

One of the things that’s always puzzled me is the rush to judgment about the historical Jesus by Biblical scholars, nearly all of whom, including Bart Ehrman, are eager to say that a historical (not a divine!) Jesus is probable, despite the woeful lack of evidence. This includes Biblical scholars who aren’t religious. It often seems that they’re being tendentious: trying to arrive at a conclusion that splits the difference between secularists and religious people, trying to offend neither group.

The paper itself, or a Why Evolution is True (WEIT) version, is downloadable at here. (I have not yet read it but will probably comment when I do.)

Interestingly this post appears hard on the heels of staunch anti-mythicist James McGrath comparing Christ mythicists with hypocritical and smug airline passengers who think they can pilot their aircraft better than the trained pilot. He attacks their “hypocrisy” . . .

the hypocrisy of it, as though figuring out what is happening with the climate, or the history of biological organisms, or what happened in the past, involves less training and expertise than flying a plane or performing surgery. All these different skills share in common that there is training and specialization required, and while plenty of people think that they can do them without training, the evidence doesn’t support such assertions.

In stark contradiction to this assertion that anyone doubting the historicity of Jesus is way out of one’s untrained intellectual depth, only 48 hours earlier the same author claimed the evidence for the historical existence of Jesus was so obvious or clear to everyone (by inference even to “just a guy with a hobby”) that mythicists were “morally reprehensible” for rejecting it:

(My emphases in the quotations)