In crossing a heath, suppose I pitched my foot against a stone and were asked how the stone came to be there, I might possibly answer that for anything I knew to the contrary it had lain there forever; nor would it, perhaps, be very easy to show the absurdity of this answer.

But suppose I found a watch upon the ground, and it should be inquired how the watch happened to be in that place, I should hardly think of the answer which I had given, that for anything I knew the watch might have always been there.

Yet why should not this answer serve for the watch as well as for the stone; why is it not admissible in that second case as in the first?

For this reason, and for no other, namely, that when we come to inspect the watch, we perceive — what we could not discover in the stone — that its several parts are framed and put together for a purpose, e.g., that they are so formed and adjusted as to produce motion, and that motion so regulated as to point out the hour of the day; that if the different parts had been differently shaped from what they are, or placed in any other manner or in any other order than that in which they are placed, either no motion at all would have carried on in the machine, or none which would have answered the use that is now served by it. (William Paley, Natural Theology, p. 1)

William Paley’s famous argument for creation by a designer consists of two distinct arguments joined together:

The second proposition seems right given the axiom that a cause must precede every effect. The effect is the ability to see. It must therefore follow that the eye was caused to exist for this specific function. In other words we have a teleological argument for the existence of eyes. They appeared for the purpose of enabling sight.

According to Paley there are only two alternatives. A complex organism, such the eye, must have come about either by

2. blind chance aided by no other mechanism

If these are the only two possible hypotheses we may still prefer the second because we have never had independent experience of a designer of eyes. But, at least, we would have to concede that the first is not unreasonable. (p. 44)

Introduce evolution by the process of natural selection, however, and these are no longer the only two alternatives.

Natural selection changes everything. The “every effect must have a cause” argument is no longer so clear-cut. An organ sensitive to light may be a blind chance mutation but the fact that it survives and is passed on will be the consequence of its sensitivity to light enhancing its ability (or the ability of the larger organism it is part of) to survive.

The eye is here today because it was selected by natural processes as the better survivor. In another environment in another time it may be replaced by something else that bestows better survival skills.

Natural selection breaks down the teleological argument for the existence of eyes. Eyes did not emerge for the purpose of seeing; they are “not fearfully and wonderfully made” by God. Their ubiquity is the natural result of how they functioned in the blind circumstances of the environment. 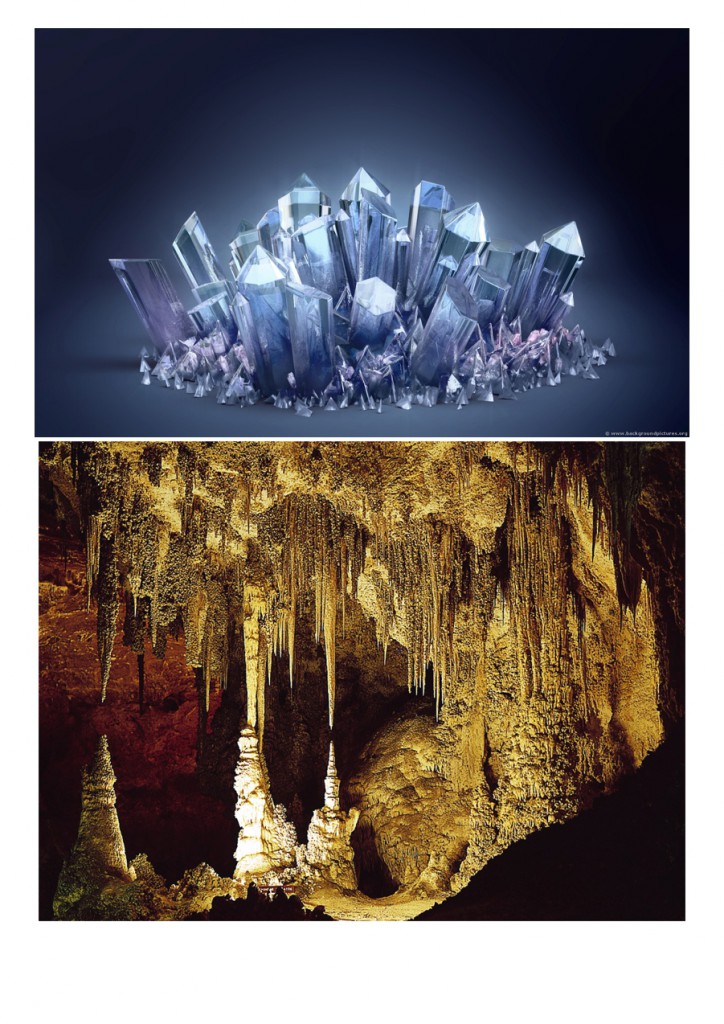 Paley could see only two options: a designer or blind chance. However,

Chance may be aided by a potentially infinite number of natural processes.

Consider complexity of design. It is easy to assume that this must exist as a result of some intelligently planned purpose — until we recall crystals. Complexity in the design of crystals is not there to serve any particular purpose or function.

The apparently goal-driven activity of some natural processes may in fact be merely an illusion. Stalactites and stalagmites grow towards each other as if the two are seeking to meet yet this appearance of goal-directed action can be explained more simply as the natural process of other forces at work.

When we introduce natural selection into the question posed by Paley we no longer have two alternatives but three.

Natural selection explains the functions of organisms without any need to think that they emerged for “the purpose” of carrying out those functions.

Three hypotheses are on the table now:

Now we see that the blind chance alone option is not going to attract many bets. It is clearly less likely than the other two contenders.

Sahotra Sarkar compares the probabilities of conscious design and blind chance with natural selection being responsible for a complex organ like the eye. He applies Bayesian reasoning noting that this also appeared to be the approach Paley himself usually had in mind.

As we get more knowledge of the world, we update these probabilities in the light of new data. This is what philosophers call a Bayesian perspective. . . . (p. 45)

The first step in Bayesian method is to take stock of all our relevant background knowledge. What do we already know about each of our options? 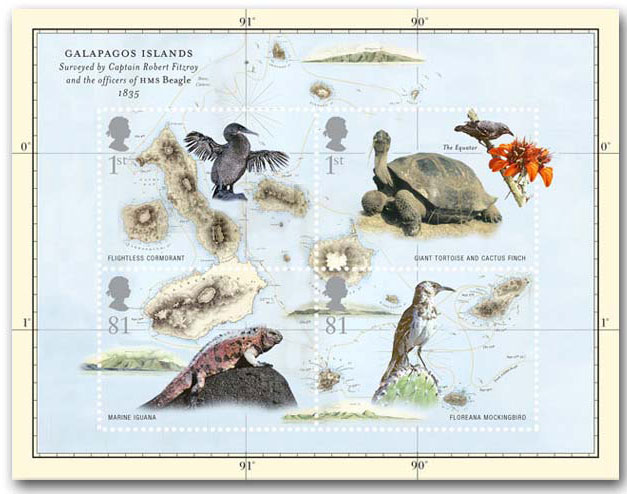 As for natural selection

we have some evidence about what [it] is and what it may produce.

No-one, not even Creationists as far as I am aware, dispute the evidence for adaptation found on the Galapagos Islands.

And for conscious design

we have no evidence about the existence or abilities of potential designers of adaptations. (We cannot point to the adaptations themselves: we need independent evidence about what these designers can and cannot do — otherwise our reasoning becomes circular.) (my bolding)

But this is precisely what we cannot establish. The theological purpose of the design argument is to establish the existence of a designer sufficiently powerful and different from us to be identified with some god. Even if we tame most of our theological aspirations, at the very least, we must show that the putative designer must be a designer of natural adaptations, and not only clocks. But, as Sober and others have correctly pointed out, we do not have independent access to what the goals and abilities of such a designer are and, once again, we need independent access to these features before we can begin assessing the relevant probabilities.

We do not know if the adaptation could or should have been better – or, perhaps, worse, given the ultimate goals of the designer. We have no way to use our observation of an adaptation to estimate probabilities about what such a designer may or may not accomplish.

We may or may not want to believe in the existence of such a designer but the observation of adaptations is irrelevant to the question.

As Darwin asked: “Have we any right to assume that the Creator works by intellectual powers like those of man?”

(In passing, we should also notice that Paley’s assumption that the stone was not put in the place where he found it by the divine designer for some cosmic purpose is also unwarranted. We do not even know that – Paley’s argument may be even worse than how it is usually presented, even by its critics.) (p. 46, my formatting) 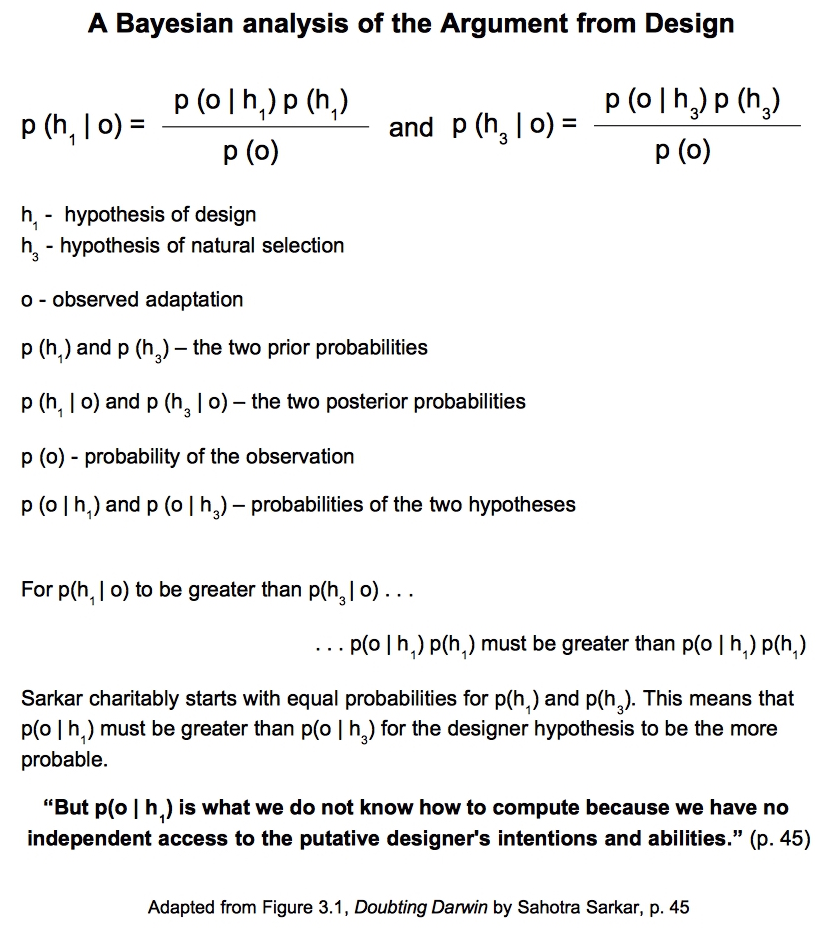 Incoherence and “the only rational theological claim”

Biologists accept the argument for functionality for adaptations.

But any argument from functionality to a conscious designer is not only unsound, but because we cannot assign the relevant probabilities, simply incoherent. Meanwhile natural selection acting on blind variation gives us a handle on the origin of organic adaptations. (p. 48, my bolding)

Sahotra Sarkar concludes with what he describes as “perhaps the only rational theological claim that can be made about the design argument”:

The argument applies just as strongly to believers — Christians, Jews, Muslims — who profess to believe in evolution while simultaneously believing that God somehow planned a destiny for or a relationship with humans. This belief is a more subtle form of Creationism that fails to understand evolution by means of natural selection.

Sarkar’s presentation of the argument for evolution by natural selection as well as the number of potential options he concedes as possible alternatives to the design hypothesis are slightly more nuanced than the ones I have presented here. But I don’t think I have done any injustice to the main argument. 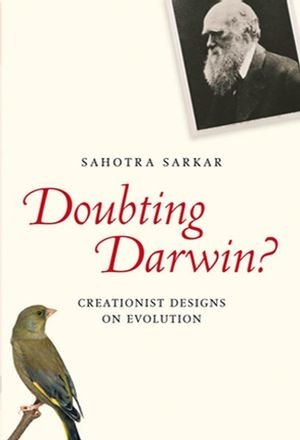 4 thoughts on “The Argument from Design Meets a Third Contender, and Bayes”