Whoever wrote the Gospel of John knew how to blend geographical and personal names with other-worldly theological symbolism. So suggests Thomas L. Brodie in an appendix to The Quest for the Origin of John’s Gospel.

To address just a few. (I have in other posts addressed several of these already: otherwise unknown places like Capernaum meaning “village of comfort”; Aenon near Salim meaning “springs of peace”; and so forth.)

Sea of Galilee of Tiberias

Only John speaks of the “sea of Galilee of Tiberias” (John 6:1). Brodie comments that this name

is awkward but . . . has a connotation of universality appropriate to the theme of chapter 6. (p. 160)

So I went back to have another look at John 6 and wonder if he might have a point. The setting introduces the miracle of the miraculous feeding of the 5000, a miracle related in all four gospels. But in the Gospel of John there are two named disciples, Philip and Andrew (who is again said to be Simon Peter’s brother), who are addressed in order to initiate the miracle. This gospel also points out that all this happened at the Passover, which is explicitly said to be the Jews’ feast. We are reminded of the end of the gospel where again on the eve of the Passover we read of Philip being approached to Greeks asking to see Jesus. Philip is a Greek name and here at the sea of the Roman Tiberias we have Greek and Jewish names coming together at the meal symbolizing the salvation of the world through Christ’s whose passover flesh and bread will save all those who eat.

Ephraim near the wilderness

Then in John 11:54 we read that Jesus went to another otherwise unknown “city/polis” called Ephraim. This “city” is said to be near the wilderness. Is it significant that the name of this city beside the wilderness means “fruitful”? This apparently rather pointless little detail, of Jesus going to an otherwise unknown village, does little more, it seems, than pause the reader before going on to read about Jesus being anointed for his death and then being hailed as the King of Israel with the “whole world going after him”. Jesus’ words concluding this section are a metaphor: a grain of wheat must fall into the ground and die and only then will it bear much fruit in abundance. Ephraim alongside the wilderness?

Bethany beyond Jordan and Bethany beside Jerusalem

The beginning of the Gospel finds John the Baptist preaching at Bethany beyond Jordan (John 1:28).

Then before Jesus is to die we are taken to another Bethany (John 11:1) not far outside Jerusalem (John 11:18) to witness the mournful moment of the death of Lazarus. Jesus is called for but he stays away to let him die for a reason. But where is he?

In John 10:40 the reader is informed that Jesus had returned to the place where John was baptizing. Bethany beyond Jordan, if we recall. Brodie sees here

an ambiguity which is perfectly suited to the Lazarus story: it suggests, when death strikes, that the Lord, who apparently is absent, in fact is present. (p. 161)

Thus while the theological dimension of John’s cities is strong, their hold on history is often fragile.

A further factor is worth noting. Most of the cities or towns peculiar to John are largely or totally unknown to geographers — Bethany beyond the Jordan, Aenon near Salim, Sychar, Ephraim. Thus while the theological dimension of John’s cities is strong, their hold on history is often fragile. (p. 161, my highlighting) 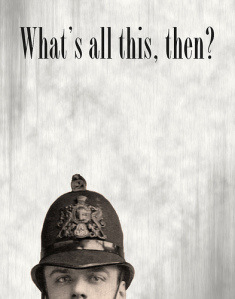 I’ll quote Brodie’s explanation fully here (though the font bolding, underlining and formatting are mine):

One feature is particularly curious and probably deserves further research: John’s names tend at times to blend into one another. For instance, while the burial account is preceded by a reference to Jos-eph of Ar–im-athea (John 19:38), the Bethany anointing, which intimates the burial, is preceded by a reference to the elusive Eph–ra–im (John 11:54). There is something similar in the names and titles of the women. In Greek, Martha is very close to Maria: the only difference is between theta and iota, letters which are next to one another in the alphabet. Ma–r–tha is also related to Tho–ma–s: again r and s are beside one another in the Greek alphabet. (These names appear for the first time in the story of Lazarus [John 11:1-16]).

The continuity goes further in the names at the cross — Maria Kl-opas and Maria M-agdalene (John 19:25); again, kl and m follow one another in the alphabet; and both follow theta and iota: th, i, k, l, m.

Blended puzzlingly with Maria Klopas and Maria Magdalene are Jesus’ mother and the sister of his mother.

One does wonder if the author’s governing interests were, above all, “literary” and “theological”.