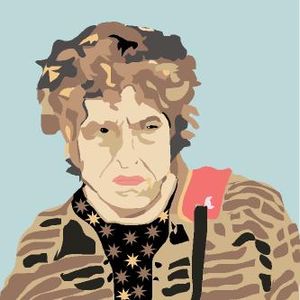 The will to believe is overpowering. And the idea of a single “God” as a real being who  epitomizes all Goodness lies at the heart of religions that can trace their historic influences back to ancient Persian Zoroastrianism, or maybe only as recently as late Mediterranean paganism when the lesser deities of the Olympian pantheon were being subsumed as mere manifestations or angelic agents of the Supreme Deity.

The efforts of modern believers to rationalize the God of their Book with pure Goodness are certainly quaint. A few of these were recently encapsulated in a theologian’s blog thus:

Many will say that the heart of the matter is whether God lied to humanity in the Bible. But that’s not the case at all. It is much easier to suggest that God accommodated the message in the Bible to what people could understand when it was written, or spoke in poetic rather than literal terms, or didn’t override the minds and understanding of the Bible’s authors when God inspired them, or perhaps didn’t even inspire the Bible at all, than to suggest that God lied and continues to lie to us through the evidence the universe itself provides.

It is not hard to find instances in the Bible of God lying or commanding his human agents to lie. There is no indication that Moses was conscience-stricken when God instructed him to tell Pharaoh that he only wanted to take the Israelites out of Egypt for nothing more than a three-day sacrifice ceremony. That’s all, honest!

But that’s okay. Lying is not an absolute wrong. Hogan’s Heroes often extolled the virtues of Allied POWs lying to their German guards. The classical hero Odysseus was highly honoured for his ability to trick his way out of dangers through lies. And we can all imagine many ethical situations were lying is the far nobler course than truth-telling.

But telling a lie about how the earth and universe came into being seems to lack any over-riding ethical need.

But what about the idea that God “accommodated the message in the Bible to what people could understand when it was written”? One can understand parents telling their toddlers that babies are delivered by storks, or simply not telling the whole story without any need to inject fiction, but is it really that much harder for ancients to understand that the earth gradually coalesced out of chaos over millions of years than that it was fashioned in six days? We know some ancient minds did suggest that the former was the case, and that the earth is round, not flat, etc.

Both the stork story and the message that the earth does not move are not really “accommodating” truth with an ability to understand. They are suppressing truth and telling a falsehood in its place.

Is God a poet? Does he speak in mysteries like Bob Dylan and leave it up to his fans to wonder what he really meant? Gosh, that is surely confusing for all of his creatures who are left-brain dominant!

What about God inspiring his scribes “but not overriding their minds or understanding”? One has to ask what is the point of the “inspiration” in the first place if it has no impact on what the scribe thought or understood!

Now the last option is intriguing when considered in the light of the above considerations. Is it easier to suggest God did not inspire the Bible than to believe he lies and continues to lie to us through the physical evidence of creation? Let’s rethink that in the light of the various options above to account for how God might have inspired the Bible. If God did inspire the Bible, but

then what was he thinking of us?

Why not deliver a message that is straightforward enough to be understood across all generations? Of if that is too hard for God, why not arrange for a series of revelations to “accommodate” each educational level of his audiences?