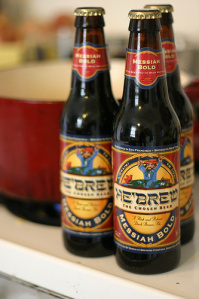 One resolution I made to myself after leaving my experience with religion was never to embrace any argument or account of the world without checking out and testing the evidence for it. One detail I regularly read as if it were an established fact was that around the time of Jesus there was a general expectation among the Jews for a Messiah to appear to deliver them from subjugation to the Romans. I read much, and even asked a few academics specializing in New Testament and early Christian studies, but was never able to pin down a clear piece of evidence that this cultural ethos ever existed before the Jewish War that culminated in the destruction of Jerusalem and its Temple in the year 70. I found this mystifying because even the academics I asked appeared to accept that this was the state of mind of “the Jews” generally at the time of Jesus.

The closest a number of scholars came to offering evidence was to point to books I had already read, and/or to refer me to texts such as certain Old Testament writings. I had little success when I responded by asking how we can know that OT texts dominated the minds of Jews throughout Palestine and/or the Diaspora, and in particular from around year 0 to year 30ish or so. END_OF_DOCUMENT_TOKEN_TO_BE_REPLACED