Like music, religion takes many forms – from the quiet and contemplative to frenzied and altered states of consciousness. Some religions are large organizations with longstanding doctrines and regular, relatively sedate rituals; others consist of smaller groups with very intense but less frequent ritual observances and wide variation in interpreting their meanings. In the 1990s anthropologist Harvey Whitehouse, drawing on his fieldwork in New Guinea in the 1980s, expounded an influential cognitive theory that sought to explain this widely divergent character of religious expression. Whitehouse proposed that “religiosity” always takes on one of two distinct modes: the doctrinal and the imagistic.

The doctrinal mode is identified by the following:

Whitehouse’s theory is not simply descriptive: it seeks to explain why these modes emerge again and again throughout history, why some religions last many generations, why some mushroom but then soon afterwards whither away, how rituals seem to create different types of social organization.

Modes of Religiosity as Attractors

Whitehouse borrows the notion of an attractor from the physical sciences. Certain physical systems function in a way to come to a standard pattern of behaviour. A pendulum will always swing towards its “straight-down” point until that’s where it rests. Weather patterns regularly form as various elements (humidity, temperature, etc) function in predictable ways to coalesce the same way each time, e.g. cyclones. Whitehouse’s theory is that certain psychological and environmental factors function in ways that lead to the same attractor positions each time, whether the imagistic or the doctrinal mode of religiosity.

Origin of the theory

END_OF_DOCUMENT_TOKEN_TO_BE_REPLACED

The more I have read of the works of Acharya S (aka D.M. Murdock) and the more engagement I have had with those who fervently advocate her views the more I have suspected that some form of cult-like belief system lies beneath their surface appearances. Part of the reason for my suspicions has been the vitriolic reactions on their part against any attempt to honestly critique their views and engage them in argument that consistently follows the norms of scholarly or “scientific” reasoning. I have been portrayed in some very colorful terms by both Acharya and those I believe it is fair to say are her followers. In effect I have been lumped together with others as deliberately closed-minded, bigoted and out to lyingly slander them. My record of defending Acharya against some of the worst insults I have read on the web counts for nothing.

Finally one of Acharya’s fairly prominent online supporters, Robert Tulip, has “come out” and made it very clear that my suspicions were right all along. Astrotheology — the view they propagate — is a form of religious belief. They believe as strongly as any fundamentalist that they are right and anyone who does not agree with them after they explain it all is perverse or willfully blind. Expressions of disagreement are interpreted as expressions of hostility or even persecution.

And like religious cults, they curry good relations with prominent or respectable names that they believe will give their cause a benign public face. Anyone with public standing among those they seek to influence and who has had a positive word to say about Acharya’s books is promoted as a witness that they really are a genuinely scholarly (even scientific) group of truth-seekers. I have finally come to believe they are as scientific as Scientology; their efforts to claim to follow the scientific method are a falsehood. I doubt that people like Earl Doherty really do understand exactly what it is their names are being used to support when they insist that such people have made supportive comments about their publications.

My full awareness of all of this did not come quickly. I have hoped my suspicions were not true often enough. If I can be shown to be mistaken I would greatly welcome it and apologize for this post and withdraw it.

What finally led me to give up any remaining doubts I had about their religious or cult status was a series of posts on the EarlyWritings Forum. The most recent of these posts, under the title Loaves and Fishes, were prompted by pressure from a few of us for Robert to demonstrate the scientific or scholarly basis for his rejection of normal (“midrashic”/literary-critical) explanations for the miracle of the loaves and fishes in the Gospels and his belief that this narrative was written as a code of some sort for “astrotheology” beliefs. The result is the epitome of parallelomania (as I have explained this through Sandmel’s definitions a couple of times recently); but the worst part comes at the end when it is made very clear that Robert himself takes his interpretation as a personal belief system along with the fundamentalist-like view that anyone who fails to share his enlightenment is willfully perverse.

Here is Robert Tulip’s explication of the Gospels’ Miracle of the Loaves and Fishes. After reading this I finally realized I have been wasting my time taking many of his remarks testifying to an interest in the hypothetico-deductive method at face value. He — and I can only presume the same applies to Acharya S herself — are evidently not interested in scholarly approaches to Christian origins and really are about peddling a quasi-religious type of belief-system.

I have bolded the text that I consider to be the evidence that “astrotheology” as advocated here is indeed a genuine personal belief-system that shuts down any possibility of genuinely scholarly engagement and criticism.

At the end of the post I add a couple of scholarly reviews of David Ulansey’s argument that it was the ancient discovery of the precession of the equinoxes that prompted the rise of Mithraism and possibly even Christianity.

END_OF_DOCUMENT_TOKEN_TO_BE_REPLACED

Pew Research Center surveyed 40,000 people across 40 countries between 2011 and 2013 to find what proportions of populations believe it is necessary to believe in God to be moral. The results (and explanation of how they conducted the survey) are online here.

As probably expected, the more highly one is educated the less likely one is to believe that belief in God is necessary for morality.

Also depressingly as expected, the USA is the exception among affluent nations, being the only such country where a majority of the population believes one can only be a moral person if one believes in God. Atheists be damned. 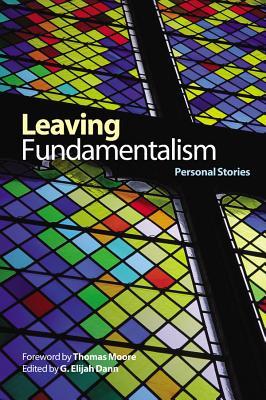 This post is dedicated to all those who were once fundamentalists and are fundamentalists no more. I post here extracts from testimonies of a number of people who have described the changes in their lives since they left fundamentalism behind.

I initially thought I’d dedicate it to those informed lay and erudite scholars who contemptuously snort at anyone who had, let’s say, an ultra-conservative, somewhat extreme religious past and who currently has come to entertain questions about the historicity of Jesus. But are such persons really worth a dedication?

Once a fundie, always a fundie.

That’s their claim. They mean by it that a person who once was mixed up with a religious fundamentalist type of past will, on leaving that past, inevitably switch to some other cause with all the fundamentalist pig-headedness and fervour that characterized their former religious commitment.

It’s a vacuous slogan, of course. It’s nothing but a cheap way to dismiss someone holding a view or asking questions they have no time for.

The truth is that people do indeed change. The number of books that have been published about leaving a sect, cult or fundamentalist religion of one kind or another surely number into the hundreds. Right now I’m sure most people browsing through any sizable general bookstore in the English speaking world will scarcely be able to avoid seeing at least one work about someone having left behind the confines of a rigid Muslim past. Anyone who has recently left or is in the process of leaving a Christian-influenced cult or religion will soon become aware of dozens of helpful titles. Bibliographies on the web abound. Some of my favourite and most helpful authors were Steven Hassan, Edmund Cohen, Marlene Winell.

These names alone belie the trite slogan. They are all fundies who have done much to help others leave behind and rebuild lives after the fundamentalist experience.

Many readers here know of Dr Robert M. Price’s fundamentalist background, current very liberal “Christianity” and of his books such as The Reason Driven Life.

In a future post I should explain what experience and research shows about why people join these religious outfits. There are gross misconceptions about that, and about the sorts of people who do join and endure in them for any length of time.

Both Tim and I have written about our own changes in outlook since we each left our respective religious coffins. Links to them can be found in the Vridar authors’ profiles. I have since written an update to try to dispel some ignorant nonsense being written about me on Hoffmann’s blog.

Hoffmann point-blank refused to let it be posted there as a correction to what he and others were saying. Perhaps such people think anything coming from me cannot be trusted. So here for the sake of the record I want to bring to everyone’s attention the testimonies of thirteen others who have also left fundamentalism behind never to return . . . .

The extracts come from a book available online (or at least via Kindle), Leaving Fundamentalism: Personal Stories, edited by G. Elijah Dann. Read them and know just how far ex-fundamentalists do indeed leave behind their former mind-sets. (Bolded emphasis is mine.) I know, I can’t resist my own comments throughout, either, sorry.