Pew Research Center surveyed 40,000 people across 40 countries between 2011 and 2013 to find what proportions of populations believe it is necessary to believe in God to be moral. The results (and explanation of how they conducted the survey) are online here.

As probably expected, the more highly one is educated the less likely one is to believe that belief in God is necessary for morality.

Also depressingly as expected, the USA is the exception among affluent nations, being the only such country where a majority of the population believes one can only be a moral person if one believes in God. Atheists be damned. 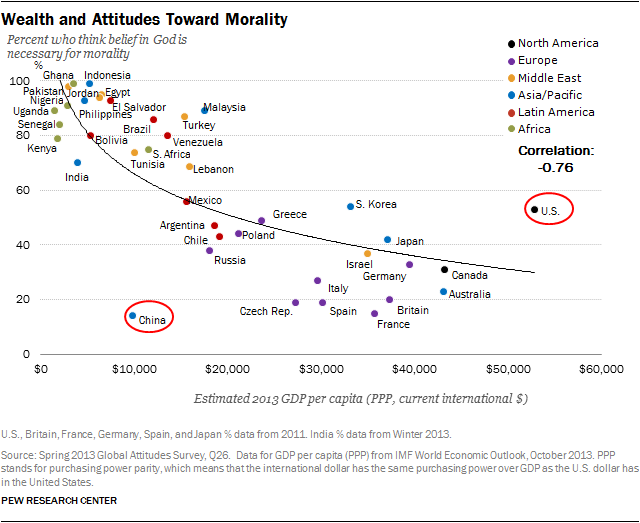 3 thoughts on “Who Needs God to be Good?”