The horses are on the track

In Daniel Gullotta’s “On Richard Carrier’s Doubts,” we see a phenomenon common in nearly every apologetic debate, but comparatively rare in print: namely, the Gish Gallop. It works better in a live, oral/aural environment, of course, because the wave of information washes over and stuns the opposition, while on the other hand, it impresses supporters with its sheer volume of facts.

However, it loses its power on the page, since we all read at our own pace. We can pause. We can look away and reflect. I still, nevertheless, must offer Gullotta kudos on giving it the old college try. Here’s just a portion of a Daniel Dash:

In conjunction with the fact that Jesus’ crucifixion by Romans is depicted in every one of the earliest narrations of his death, one can also examine the reaction to early Christianity by Greco-Roman critics to see a widespread reception of Jesus as a crucified man. Lucian called Jesus a ‘crucified sophist’; Suetonius describes Jesus as ‘the man who was crucified in Palestine’; Celsus depicts Jesus’ death as a ‘punishment seen by all’; and Marcus Cornelius Fronto scoffed at how Christians could ‘worship a crucified man, and even the instrument itself of his punishment’. One of the earliest visual representations of Jesus carved into a wall near the Palatine Hill in Rome (ca. late second century CE), the Alexamenos graffito, is one of mockery, depicting the Christian Alexamenos paying homage to a naked figure on a cross with the head of a donkey, scrawled with the words: ‘Alexamenos, worship [your] God!’ (Gullotta 2017, p. 333, emphasis mine)

There’s even more after that; the paragraph continues. But slow down. Take a breath. The power of the Gish Gallop is its sudden rush of data points, so many that the listener will be lucky to recall any one of them once the flood has subsided. Bewildering the opponent adds to the mystique of the speaker. “He knows so much!” they whisper among themselves.

The weakness with the Daniel Dash is persistence. We can look away. We return to the page, and it remains. The Gallop is ephemeral, but the Dash hangs around. When I read the above passage, I immediately thought to myself, “Suetonius never wrote that.” I had the luxury of pausing in mid-dash. I could take time to think. I could even stop and shoot Neil an email.  END_OF_DOCUMENT_TOKEN_TO_BE_REPLACED

While reading Michael Licona’s recent book, Why Are There Differences in the Gospels?, I came upon this little nugget.

[Richard] Burridge and [Graham] Gould say Bultmann was correct in asserting that the Gospels do not look anything like modern biography. What Bultmann neglected to observe, however, is that neither do any other ancient biographies. Differing from modern biography, which is a product of the nineteenth century, ancient biographical conventions provided authors a license to depart from the degree of precision in reporting that many of us moderns prefer. (Licona 2016, p. 5, emphasis mine)

Is that true? Did Rudolf Bultmann really not know the differences between a modern biography and an ancient biography? Further, did he embarrass himself in public by confusing the two while no one until the late twentieth century dared to speak up? And finally, is it possible that Vizzini was smarter than the classical Greek philosophers?

If you’ve read a lot of modern scholarship, you might think that. Still, you may have a lingering, nagging suspicion that Bultmann might have known better. After all, students of his generation would have read Greek and Latin classics while attending the gymnasium. And it seems hard to believe he wouldn’t have had a passing familiarity with the longstanding debates around historiography, and the fact that ancient authors of βίοι had far different goals in mind compared to modern biographers. END_OF_DOCUMENT_TOKEN_TO_BE_REPLACED

James Crossley seeks to explain what he calls the “puzzle” of the nearly complete failure of biblical scholars to apply “social-scientifically informed approaches” (p. 3) to the study of Christian origins between the 1920s and 1970s. Crossley is actually addressing two types of historical explanation: those that cover the social context of emerging Christianity and those that apply what would more correctly be called “social-scientific” — the application of “social-scientific methods, models and theories”.

Behind the several reasons he offers for the failure of biblical scholars to take up either of these historical inquiries stands one constant:

the need to make sure that Christianity is not explained away purely in human terms. (p. 17)

One of the two exceptional authors whom Crossley singles out as being responsible for a theoretically based social-economic explanation for the rise and spread of Christianity was Karl Kautsky. Crossley doesn’t quote Kautsky on this point but his words are worth noting in order to demonstrate that the ideological interest of theologians has been recognized from the beginning of ‘scientific’ historiography as the reason for their resistance to it:

It is no wonder then that secular historiography feels no great need for investigating the origins of Christianity if it starts from the view that Christianity was the creation of a single person. If this view were correct, we could give up studying the rise of Christianity and leave its description to our poetic theologians.

But it is a different matter as soon as we think of a world-wide religion not as the product of a single superman but as a product of society. Social conditions at the time of the rise of Christianity are very well known. And the social character of early Christianity can be studied with some degree of accuracy from its literature. (Kautsky, Foundations of Christianity, 1908, 1923, translated by Henry F. Mins, 1953, my bolding in all quotations)

END_OF_DOCUMENT_TOKEN_TO_BE_REPLACED 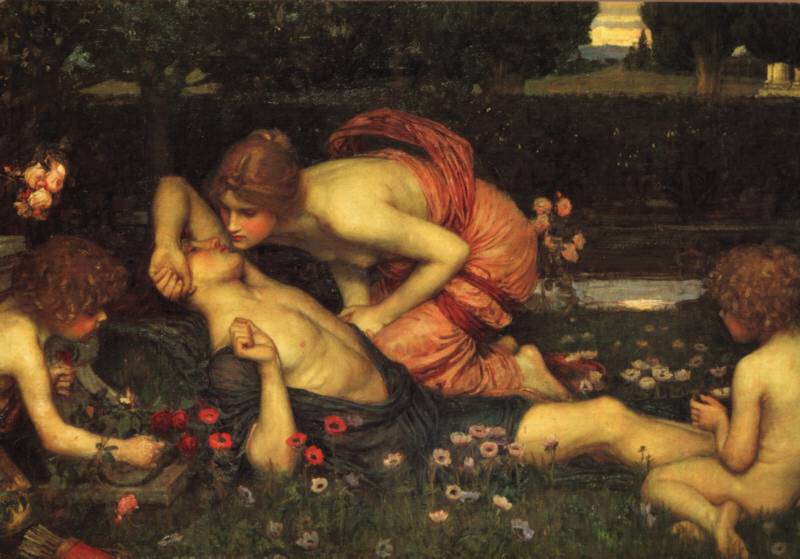 The so-called “resurrection” of Attis cannot be compared with the resurrection of Jesus because all Attis ever managed to do was avoid bodily corruption, grow his hair and raise a single finger. With this assertion Dunn completely ignores and gives his middle finger to Price’s arguments about the relevance of pagan resurrections to the Christian myth.

Dunn’s attempt to rebut Price by slashing away at straw men also involves claims so muddled and contradictory that one can only assume that he is confident enough of his scholarly status to assume that most readers will thoughtlessly nod their heads to anything at all that sounds critical of the Christ-Myth theory.

Dunn’s raising of Attis’ finger follows directly from his attempt to contrast Jesus with pagan creations on the grounds that Jesus challenges the world about “sin” and calls for “suffering” and “rejection by the world”.

[I]s this Jesus . . . a god of human fabrication made to make the world feel good? (p. 102) END_OF_DOCUMENT_TOKEN_TO_BE_REPLACED