As we discussed several months ago, Michael Licona wrote a book about the differences in the gospels in which he tries to explain them away by comparing the evangelists to Plutarch. However, his attempt was stillborn, since his methodology contains a deadly flaw. He proposes that by examining how Plutarch changed stories as he recounted them in different Lives, we can gain some insight as to how the author of Luke, for example, edited Marcan stories.

In the latter case, of course, we can see only how Luke dealt with one of his sources. In the former, we discover how Plutarch rewrote himself. These are two different things. But before we toss Licona’s book aside, let’s consider how we might apply his methodology correctly. Is there any place in the New Testament in which an author created a second work and plainly rewrote one or more stories in a way that might resemble Plutarch’s process?

Yes. In the Acts of the Apostles, the author (whom most scholars believe is the same person as the author of Luke) recycled stories told about Jesus and applied them to Peter. You probably already noticed long ago that Jesus raised a young girl (Mark provides the Aramaic talitha) in Luke 8:40-56, while Peter raised a female disciple named Tabitha (Aramaic for antelope or gazelle) in Acts 9:36-42. And no doubt you thought to yourself, “That sounds familiar.”

The author (we’ll call him Luke for the sake of convenience) has left other clues that we’re reading the same story, albeit with different characters set in a different locale. By examining the Greek text, we can discover textual affinities between the two stories.

Acts 9:36  Now there was in Joppa a disciple named Tabitha, which, translated, means Dorcas. She was full of good works and acts of charity. (NASB)

Acts places several important events in Joppa, because historically this town acted as the port city for Jerusalem. Legend has it that the cedars of Lebanon floated via the sea to Joppa, and then were shipped overland to Jerusalem. Joppa is the physical and metaphorical gateway from Judea to the Greco-Roman world.

Luke tells us Peter learned all animals are now clean while visiting Simon the Tanner in Joppa. This fable seeks to explain the change from a faction based in Judaism, with its understanding of what is ritually unclean to God (pork, blood, foreskins, etc.), to something new — a splinter cult on the path to a separate religion that fell back on the so-called Noahide Covenant.  END_OF_DOCUMENT_TOKEN_TO_BE_REPLACED

While reading Michael Licona’s recent book, Why Are There Differences in the Gospels?, I came upon this little nugget.

[Richard] Burridge and [Graham] Gould say Bultmann was correct in asserting that the Gospels do not look anything like modern biography. What Bultmann neglected to observe, however, is that neither do any other ancient biographies. Differing from modern biography, which is a product of the nineteenth century, ancient biographical conventions provided authors a license to depart from the degree of precision in reporting that many of us moderns prefer. (Licona 2016, p. 5, emphasis mine)

Is that true? Did Rudolf Bultmann really not know the differences between a modern biography and an ancient biography? Further, did he embarrass himself in public by confusing the two while no one until the late twentieth century dared to speak up? And finally, is it possible that Vizzini was smarter than the classical Greek philosophers?

If you’ve read a lot of modern scholarship, you might think that. Still, you may have a lingering, nagging suspicion that Bultmann might have known better. After all, students of his generation would have read Greek and Latin classics while attending the gymnasium. And it seems hard to believe he wouldn’t have had a passing familiarity with the longstanding debates around historiography, and the fact that ancient authors of βίοι had far different goals in mind compared to modern biographers. END_OF_DOCUMENT_TOKEN_TO_BE_REPLACED 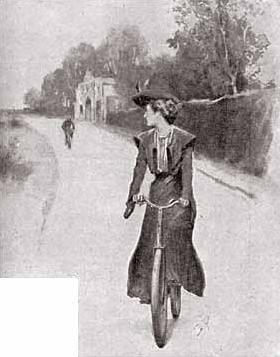 In his recent book, Why Are There Differences in the Gospels?, Michael Licona struggles to show that we skeptics make far too much of the differences in the canonical gospels. Many of these differences, he argues, result from ordinary compositional devices typically used by authors of Greco-Roman biographies.

This volume will pursue the identification of several techniques employed in the writing of ancient history and biography that can be gleaned from compositional textbooks and inferred from observations of the differences in how Plutarch reported the same events in nine of his Lives. We will also observe how the employment of these techniques by the evangelists would result in precisely the types of differences we often observe in the Gospels. (Licona, 2017, Location 268, Kindle Edition)

Licona’s methodology, such as it is, invites us to concentrate our attention on actions as mere techniques. Imagine, for example, watching a large truck barreling down a multilane highway at great speed, then swerving for some reason. Now imagine a bicyclist riding down a country path, then swerving for some reason. Since NT scholars “know” that a bicycle is really just a truck, can we infer that swerving is just some sort of “driving technique” employed by all truckers?

Perhaps not. Maybe the key is not to focus on the act, but on the motives. When we ask the truck driver, he may tell us that he was trying to avoid a deer, while the bicyclist may explain that she hit a rock lying in the path. Our superficial concentration on the event with the truck tells us nothing of consequence with respect to the adventure of the solitary cyclist. END_OF_DOCUMENT_TOKEN_TO_BE_REPLACED 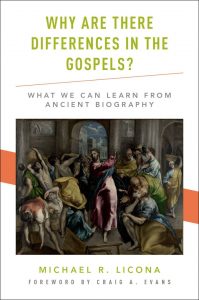 According to some of today’s most prolific writers in biblical scholarship, the evangelists — the authors of the canonical gospels — were historians and writers of Greco-Roman biographies. They reach these conclusions via embarrassingly obvious cherry-picking, which leaves them with a pile of incongruous evidence, which they feel compelled to explain away. END_OF_DOCUMENT_TOKEN_TO_BE_REPLACED