James Crossley seeks to explain what he calls the “puzzle” of the nearly complete failure of biblical scholars to apply “social-scientifically informed approaches” (p. 3) to the study of Christian origins between the 1920s and 1970s. Crossley is actually addressing two types of historical explanation: those that cover the social context of emerging Christianity and those that apply what would more correctly be called “social-scientific” — the application of “social-scientific methods, models and theories”.

Behind the several reasons he offers for the failure of biblical scholars to take up either of these historical inquiries stands one constant:

the need to make sure that Christianity is not explained away purely in human terms. (p. 17)

One of the two exceptional authors whom Crossley singles out as being responsible for a theoretically based social-economic explanation for the rise and spread of Christianity was Karl Kautsky. Crossley doesn’t quote Kautsky on this point but his words are worth noting in order to demonstrate that the ideological interest of theologians has been recognized from the beginning of ‘scientific’ historiography as the reason for their resistance to it:

It is no wonder then that secular historiography feels no great need for investigating the origins of Christianity if it starts from the view that Christianity was the creation of a single person. If this view were correct, we could give up studying the rise of Christianity and leave its description to our poetic theologians.

But it is a different matter as soon as we think of a world-wide religion not as the product of a single superman but as a product of society. Social conditions at the time of the rise of Christianity are very well known. And the social character of early Christianity can be studied with some degree of accuracy from its literature. (Kautsky, Foundations of Christianity, 1908, 1923, translated by Henry F. Mins, 1953, my bolding in all quotations)

END_OF_DOCUMENT_TOKEN_TO_BE_REPLACED

James Crossley is to be highly commended for attempting in Why Christianity Happened: A Sociohistorical Account of Christian Origins (26-50 CE)  to adapt to the study of Christian origins approaches taken directly from history departments. The task of explaining how Christianity began has generally been the preserve of theologians many of whom (according to scholars like Scot McKnight, Beth Sheppard and Crossley himself)have not been familiar with methods used by professional historians outside the field of biblical studies. Crossley testifies from his personal experience that these methods are not always welcome among his colleagues and he prefaces his book with “predictable hostility” that has come his way as a consequence of his work.

Now I like to back the underdog and anyone who attempts to displace a “faith-based discipline” with secularist methods so I was eager to read Crossley’s book. Moreover, Chris Keith, a prominent advocate of a “(social) memory theory” approach to the historical Jesus, has praised Crossley’s work as

some of the most interesting . . . in the field right now, some of which, really, no one else is doing. (James Crossley Joins the Criteria of Authenticity Skeptics)

As I proceeded, though, questions arose and I came to wonder if what Crossley was doing was building a magnificent edifice upon a foundation of sand. So in this post I will address what I see as the strengths and weaknesses of Crossley’s approach as he himself explains it in his Introduction and opening chapter, “Toward a Secular Approach to Christian Origins: The Use of the Social Sciences in New Testament Scholarship”. (I have addressed other aspects from the main body of Crossley’s work before and I will not revisit those here.)

Before starting: The Question

Crossley provides the contextual framework for his book in his Introduction. His argument is set within the basic framework of the traditional Acts-Eusebian model of Christian origins. As I understand it this model means the following: END_OF_DOCUMENT_TOKEN_TO_BE_REPLACED 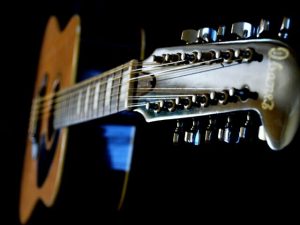