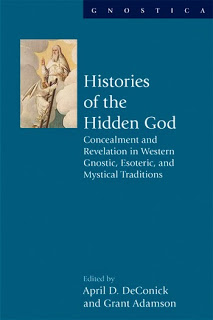 So John 8:44 speaks the father of the Devil. END_OF_DOCUMENT_TOKEN_TO_BE_REPLACED

In my posts last month addressing mystical visionary ascents into heaven among Second Temple Jews and early Christians, I made passing references to April DeConick’s Voices of the Mystics. In this book DeConick argues a case that the school responsible for the Fourth Gospel was writing in some form of dialogue with those following the ideology behind the Gospel of Thomas. Recall among the closing scenes in the Gospel of John that Thomas is singled out as the arch-sceptic who will not believe unless he sees. Jesus allows him to see, but then commends all Christians who believe without seeing.

I will save the details of DeConick’s argument for another post. Here I will discuss one small episode in John’s gospel that DeConick does not include in her book, but it struck me just now how potentially supportive of her thesis this detail is. It also leads to additional indications that the author of John knew the Gospel of Mark. END_OF_DOCUMENT_TOKEN_TO_BE_REPLACED

One of the reasons I have been looking at the visionary ascent experiences of Jewish and Christian devotees is to expand my understanding of the nature and place of the vision of Isaiah’s ascent and all that he saw and heard in the Ascension of Isaiah. I began to look at the Ascension of Isaiah in some detail a little while back because of the use made of it by Earl Doherty in his own case for the idea of a pre-gospel Christ being entirely a spirit entity whose saving act occurred within the spirit realm and not on earth. (Paul-Louis Couchoud argued for a similar conclusion.)

Before returning to the Ascension — which describes another ascent, transformation and vision, as well as a descent of a Beloved of God to be crucified by Satan — I complete here the texts I have been looking at that help flesh out the context of such visionary ideas. I conclude with similar thoughts expressed in Paul’s letters, indicating that some of the teachings found there owe something to this form of religious experience as a way to salvation. Both the Qumran and Pauline references are from April DeConick‘s Voices of the Mystics. END_OF_DOCUMENT_TOKEN_TO_BE_REPLACED

One of the reasons I am interested in this topic of visionary experiences is that they help flesh out a tangible environment, on the basis of concrete evidence, from which Christianity emerged. This is in contrast to the model of “oral traditions” being the roots of the canonical gospel narratives. The gospel narratives stand at an opposing polarity from the idea of salvation through a heavenly vision of the divine. April DeConick’s book, Voices of the Mystics, around which this and my previous posts are put together, argues that in the Gospel of John we find strong indications of a debate with Thomasine Christians who did uphold a central importance of the visionary experience. (Note, for example, the criticism of Thomas for believing only because he has seen.)

Enochian traditions in the Synoptic Gospels

But there is a somewhat different story and approach to visions in the synoptic gospels (Matthew, Mark and Luke).  END_OF_DOCUMENT_TOKEN_TO_BE_REPLACED

April DeConick in Voices of the Mystics seeks to expand her readers’ knowledge of vision mysticism in early first-century Christianity, in particular arguing that the Gospel of John was written to oppose the practice as it appears to be endorsed in the Gospel of Thomas. In a recent post I discussed its apparent place in Paul’s experience. DeConick comments on the distinguishing feature of this experience among Jews:

Although the notion that the vision of a god makes one divine was Greek in origin, early Jewish mystics seemed to have welded this idea into their traditions about celestial journeys. Thus, in the Second Temple period, they taught that when one ascended into heaven and gazed on God or his enthroned bodily manifestation, the kabod or ‘Glory’, one was transformed. (p. 49)

Exceptionally righteous individuals like Moses, Ezekiel and Enoch had been transformed or glorified by their visions of God, and in the world to come all righteous were expected to be so transformed. END_OF_DOCUMENT_TOKEN_TO_BE_REPLACED

Following the publication of Alan F. Segal’s recent book, it is clear that Jewish mysticism must occupy a more central place than has previously been the case in any construction of the matrices of Paul’s experience and thought. (Morray-Jones, C. R. A. 1993, “Paradise Revisited (2 Cor 12:1-12): The Jewish Mystical Background of Paul’s Apostolate. Part 1: The Jewish Sources”, The Harvard Theological Review, vol. 86, no. 2, p. 178.)

A number of scholars have suggested that mystical visionary experiences appear to have played a foundational role in the emergence of the Christian religion. (Recently I mentioned Larry Hurtado’s proposal that visionary experiences were at the heart of early Christians coming to exalt Jesus to a divine status.) If the visionary experiences initiated Paul’s missionary work, and we find indications that there were other early apostles basing their authority on similar visions, are we really very far from suggesting that Christianity itself originated in such experiences? END_OF_DOCUMENT_TOKEN_TO_BE_REPLACED

Some of the most interesting work I read to help expand my understanding of early Christianity comes not from traditional biblical scholarship but from classical literature and Jewish studies. Here are a few new questions about the religious world from which Christianity emerged I would like to investigate. They came to mind as I read an old article (1971) in the Jewish Quarterly Review by Dr Joseph P. Schultz, Angelic Opposition to the Ascension of Moses and the Revelation of the Law. I really do need to read a lot more from specialist Jewish studies that do not directly attempt to address New Testament literature. I feel such publications are giving me an unfiltered view of the broader context of religious thought contemporaneous with our earliest Christian records.

So what on earth led me to read a 1971 article in the JQR? Blame April DeConick for that. I was following up some footnoted articles, and footnoted articles in those articles, from her Voices of the Mystics (in which she discusses the relationship of the Gospel of John to mystic forms of Christianity), and one of those led me to the 1971 article. It is all interesting stuff when read alongside some of the New Testament epistles and the Ascension of Isaiah, too. But this post confines itself to general questions arising. 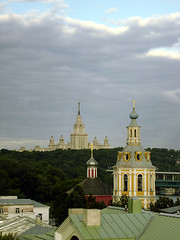 The recent National Geographic translation of the Gospel of Judas was not based on all the fragments. Some of these had been apparently withheld, fraudulently.

An excerpt on how these fragments came to be separated from the main collection and their significance by Herb Krosney:

All that changed, dramatically, on March 17th, 2008, . . . Ferrini not only admitted that he had withheld materials in 2001.  He also . . . . returned to the court an hour or so later with a sort of lawyer’s briefcase with what appeared to be full page fragments inside.

Gregor Wurst was amazed.  What he discovered within these materials was essentially the balance of the Gospel of Judas.  He could not show the photographs even to his closest colleagues – according to the obligations undertaken in good faith in Ohio.

I have discussed April DeConick’s views in outline previously, including a review of her book on the National Geographic translation of the Gospel of Judas. (See my Judas archive.)

April and others have given reasons for questioning the National Geographic translation that presents Judas as the hero.