If my good nemesis can re-use one of my posts I suppose I can pinch from one of his that is recycled from James Spinti’s blog.

Whoever wrote the Adam and Eve story in Genesis was “clearly inviting” his readers to understand it as a metaphor.

[The names Adam and Eve] literally are ‘Humanity’ and ‘Life’. Few readers of the English Bible are aware of this connection, and thus they fail to realize how the text itself invites them to see these characters less as historical figures and more as metaphorical representations of the human race. Once one understands the driving metaphor we are expelled from paradise, however, suddenly the remainder of Genesis and even our own lives make much more sense.

Now consider our earliest Gospel, that of Mark: END_OF_DOCUMENT_TOKEN_TO_BE_REPLACED

The creation and Adam and Eve narratives are often said to be nice moral tales that convey spiritual truths. Being myth does not disqualify them from containing meaningful messages for modern readers.

So at wedding ceremonies and in Sunday school classes bible-believers are regaled with the “beautiful story” of the God practising a bit of psychic surgery as his hand penetrates Adam’s side to pull out a rib which he used to create Eve. And since this story is not something that has been uncovered in modern times among cuneiform tablets alongside myths of sea-monsters and sky-gods, but is one we have been as familiar with as our soft pillows and teddy bear toys since childhood, we call it a “beautiful metaphor” of the marriage relationship.

And I suspect many theologians would prefer to keep it that way. Meaningful myth or symbol is sophisticated. Literal images of God taking the penis bone from Adam and using it to create Eve, thus explaining both marriage and the reason males of humans alone (almost) lack this bit of anatomy would probably go a long way to discrediting not only a “beautiful and meaningful story”, but opening up a few more people’s minds to the irrelevance of the Bible in an enlightened age.

I’m probably the last to know this little tidbit of trivia, but thanks to chance I recently discovered in a bookshop The Uncensored Bible: The Bawdy and Naughty Bits of the Good Book by John Kaltner, Stephen L. McKenzie and Joel Kilpatrick. John Shelby Spong calls it “a terrific book!”; Jonathan Kirsch, “smart, savvy, scholarly, and funny, all at once”; and Jonathan Reed, “Based on the best contemporary scholarship of the Bible — but funny as hell!” How could I resist it?

Which “Bone” Was Eve Made From?

So what’s wrong with the rib meaning the rib? END_OF_DOCUMENT_TOKEN_TO_BE_REPLACED 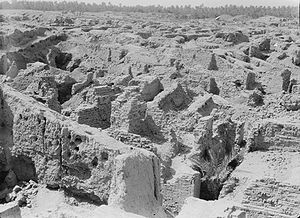 The best explanation I have read for the meaning of the story of the 2 trees in the Garden of Eden came from Thompson’s The Mythic Past.

The Genesis story warns that wisdom will make Adam and Eve like gods and then they will die.

They eat of wisdom, and the wisdom they learn is that they are naked. That is what their wisdom is: knowledge of their nakedness. Sounds pretty dumb. How can that be called being made “wise”?

But the story continues. Adam and Eve have become as gods (elohim) or God — God himself said this, Gen.3:22 — and then are sentenced to death.

All their wisdom does for them is to cause them to see they are naked, and then die.

The story does not quite flow. This has opened it up for later generations imputing their own pet speculations of what exactly is the meaning of the fruit, etc. END_OF_DOCUMENT_TOKEN_TO_BE_REPLACED