Jen Robinson, a barrister on Julian Assange’s legal team, explains it well. I have summed up her responses to the following questions but you can listen for yourself to the interview in the link below. There are more questions addressed in the program, such as why he did not divulge details of his partner and children earlier; his health and mental state; future prospects of the ongoing “punishment by process”.

Why did Julian Assange break his bail conditions and seek asylum in the Ecuadorian embassy? — Important to recall that JA was seeking to cooperate with Swedish authorities but with condition that he would not be extradited to the United States. The Australian government did not step in and ask for assurance from Sweden that he would not be extradited. It was this failure to be assured of his security that led him to seek, as is his right, refuge in another country’s embassy. Sweden has since dropped their charges against him.

Was the release of documents a reckless dump of data that endangered lives? No. Before releasing any data Assange and his team scoured through the material meticulously to remove any information that could endanger lives. In all court hearings the US has not cited one instance of anyone being killed as a result of the release of the material.

Did Julian Assange assist Bradley/Chelsea Manning to hack the data from U.S. files? No. Assange was entirely the recipient.

Is Julian Assange a journalist? He has won prizes for journalism: the Walkley Award and the Martha Gellhorn Prize. 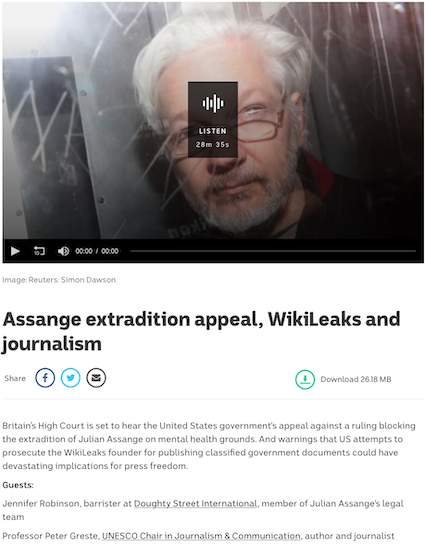