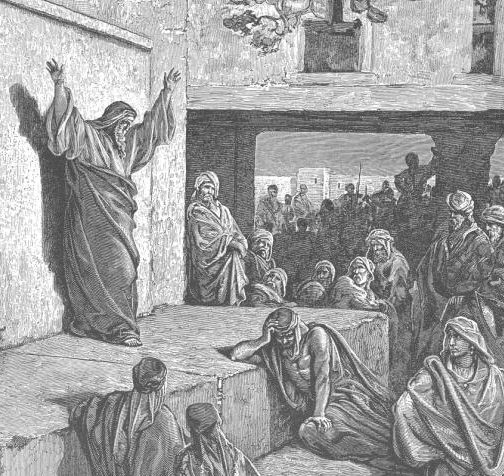 In my recent response to Tim O’Neill’s attempt to dismiss the significance of the parallels between Jesus son of Ananias in Josephus’s Jewish War and the Jesus of the gospels, in particular the Gospel of Mark, as without any scholarly merit (see Jesus Mythicism 4: Jesus as an Amalgam of Many Figures), I set out the evidence for at least ten reputable biblical scholars who take the parallels and the question of their significance seriously. O’Neill was inferring that Richard Carrier’s discussion was an unscholarly outlier but it clearly was not.

I now have access to another scholarly discussion of those parallels so for the sake of completeness I can now add a couple more names of biblical scholars who have taken note and considered the significance of the parallels.

The scheme of the proceedings against this man is strikingly similar to the case of Jesus.

1. A Jewish arrest followed by examination and beating.

2. Evaluation in religious terms, followed by delivery to the procurator.

3. Silence of the accused.

4. A savage procurator who yet refuses to execute the accused.

5. Jewish pressure, but resisted this time and followed by the man’s release after scourging.

And I. H. Marshall and other Institute for Biblical Research Fellows:

Both I. H. Marshall and other IBR Fellows raised the possibility, given the numerous verbal parallels, of some sort of literary relationship between J. W. 6.5.3 and the passion tradition.

Craig Evans added his own argument that the parallels indicate similar judicial processes independently undergone by both Jesuses.

Although this possibility was not vigorously pursued during our time of discussion, perhaps a brief reply would be useful. First, the “parallels” comprise no more than nouns of place and context and verbs that mark the various steps in the judicial and penal process. In other words, the parallels are precisely what one would expect in cases where routine actions are being described. Second, aside from the single parallel cluster where we have a common verbal root, preposition, and Roman governor as object, there are no instances of parallel sentences or phrases. Literary relationships are suspected when there is a high concentration of common vocabulary, especially phrases and whole sentences. In short, I think that the common vocabulary adduced above indicates common judicial and penal process, but not literary relationship. There is no indication that the story of one Jesus influenced the telling of the story of the other Jesus.

For alternative views to those of Evans see the previous post. What is significant in this context is that Evans’ view is one of many found in the scholarly debate. Scholars do indeed consider the possibility of a literary or “oral tradition” relationship between the two Jesuses as worthy of scholarly discussion. Only someone uninformed could declare that attempts to argue for a literary relationship are unscholarly as per the History for Atheists post.

Catchpole, D. R. 1970. “The Problem of the Historicity of the Sanhedrin Trial.” In The Trial of Jesus. Cambridge Studies in Honour of C. F. D. Moule, edited by Ernst Bammel, 47–65. Naperville, Ill., A. R. Allenson. http://archive.org/details/trialofjesuscamb00moul.