Skip to content
See the Ascension of Isaiah archive for other posts on this source. I am sure over time more will be added and views will change.

Roger Parvus posted comments relating to the relationship between Paul’s letters and some things we read in the Ascension of Isaiah. (Recall that the Ascension of Isaiah is a two part text consisting of the Martyrdom of Isaiah and the Vision of Isaiah, and was interpreted by Earl Doherty as a piece of evidence for early Christian belief in a crucifixion of Jesus in the lower heavens.) I have been wading my way through various studies on the document and it is slow going because I find myself struggling through machine translations much of the time. I have as a result become open-minded to possible interpretations that may compete with Doherty’s initial proposals.

He’s been doing some more thinking about things since then and I found the following two comments of his thought-provoking. 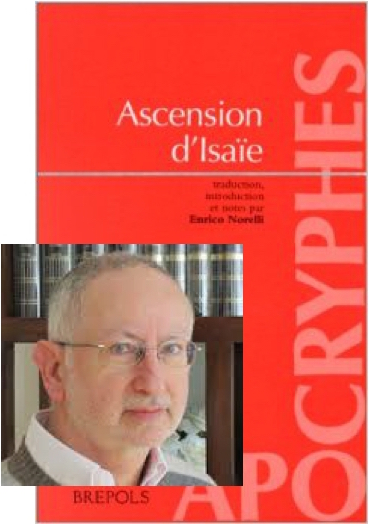 Paul regularly appeals to revelation through Scripture. And as Doherty notes:

“The strong implication is that, if the key phrases in Paul are his own voice and not an interpolation, Paul must have had in mind something different in regard to Christ than simply being ‘born’ in the normal sense.” (Jesus Neither God Nor Man, p. 207).

So I am still quite open to the possibility that the Scripture Paul had in view was the Vision of Isaiah’s pocket gospel. Its Jesus is not really born in the normal sense. As Enrico Norelli puts it:

“If the story is read literally, it is not about a birth. It’s about two parallel processes: the womb of Mary, that had enlarged, instantly returned to its prior state, and at the same time a baby appears before her— but, as far as can be determined, without any cause and effect relationship between the two events.” (Ascension du prophète Isaïe, pp. 52-53, my translation)