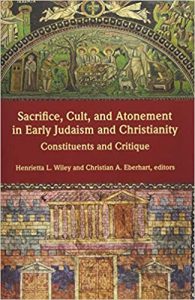 Recall our recent post, Why a Saviour Had to Suffer and Die? Martyrdom Beliefs in Pre-Christian Times. I have just come across a similar list making the same point: the blood of Jewish martyrs was believed to purify and cleanse the nation; the martyrs’ blood led to God’s forgiveness of the sins of the nation and the salvation of all.

It would seem to be the most natural thing in the world for the Judeans who could interpret their martyrs deaths in such a way to imagine a similar fate, at least equally beneficial, for a messiah. This, especially if any thought of earthly military victory was utterly out of the question.

You may or may not agree with the following summary of the way Jesus is depicted in the Gospel of Mark. I don’t think the account is very far off.

I also suggest that such a narrative of Jesus is closer to what one may expect if the figure of Jesus and his story had been sourced and fleshed out from a key texts in the Old Testament writings in particular. We saw in the previous post how the narrative of Jesus cleansing the temple and cursing the fig tree has been patchworked together from passages in Isaiah, Jeremiah, Hosea and Zechariah.  To see illustrations of how other chapters ((11 to 16) in the Gospel of Mark have been woven out of at least 160 OT allusions and quotations, see 160 Scriptural Quotations and Allusions in Mark 11-16. I say “at least” because I know there are gaps in those lists and I list one more at the end of this post.

‘This then is the Marcan picture of Jesus. When we view it thus in isolation, it strikes us at once as being a very meagre story.

The chronological notices are so sparse and vague that one year might be taken as the duration of our Lord’s public ministry;

and even of that year large parts are unaccounted for.

The arrangement of the anecdotes in the Galilean section seems confused.

The story gives no explanation of the way in which Jesus’ name became known in Jerusalem; (there is no trace of an early ministry in Jerusalem such as the fourth Gospel records).

Jesus is presented as beginning as a teacher, but of his teaching in Galilee (and even later too) very little is recorded, and that little is mostly incidental.

It is a story about Jesus, but it does not give us much idea of what Jesus actually preached. If this were a biography, it would be a very defective one.’

‘Thus the Marcan Jesus, is neither, as in Matthew, the giver of the new Law, nor as in Luke, the preacher of a Catholic fraternity.

The Marcan Jesus is an austere figure, mysterious, stormy, and impervious.

This portrait is drawn with the utmost economy of line and colour.

Another allusion was discerned by Karel Hanhart. See the first part of  Jesus’ Crucifixion As Symbol of Destruction of Temple and Judgment on the Jews for the evidence that Jesus’ tomb was itself based upon Isaiah’s description of the ruined temple.

In an earlier post I compared that picture of the “tomb hewn from a rock” with another earlier miracle narrative found in Mark, the one where a roof is “hewn out” to allow a paralytic man to be lowered and restored by Jesus. That we have more than one passage playing upon one original text (in this case Isaiah 22:16) is again, I suggest, another sign that the story has been pieced together from an imaginative re-working of scriptural passages.