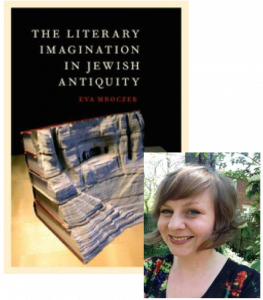 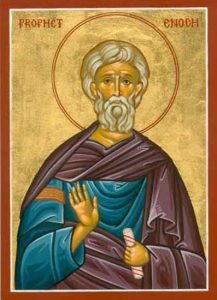 The authors of the scriptures (like Jubilees and the Temple Scroll) that not part of our canonical Bible did not appear to view their work as attempts to fill in the gaps or clarify and explain the canonical texts. These non-biblical texts do not present themselves as subordinate to the Pentateuch or Prophets, buy as new revelations from a divine source.

That is, the new texts would seem to take their place alongside the biblical works as new scriptures.

We may think of the canon as a closed set of documents to which all others must take a subordinate and outer place. But that’s not the literary world of the Second Temple era — nor of the time, I think it can be said, that the gospels were written. Instead,

We can see a world where revealed writing was not centralised in a single corpus but found in various locations, and where the history of inscription was a key part of the history of Israel’s ancestors. (p. 155)

But doesn’t Josephus tell us the Judeans had “twenty two sacred texts”? And 4 Ezra “Twenty four”? Doesn’t that mean the canon was pretty well set then as it is today? Yes, but it is not hard to discover that those numbers are symbolic, even “qualitative”, rather than mathematically exact — as I will show in another post. 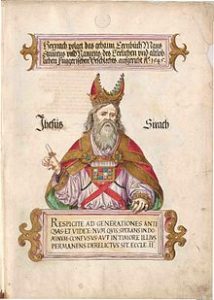 So we have many writings attributed to Abraham, to Moses, to David, to Solomon, to Enoch, to Ben Sirach. . . . .

The literary imagination includes both sacred writings in multiple scopes, locations, and levels of accessibility and lore about writings taught to a varied cast of enlightened figures who had transcended their humanity. Thus, in the Second Temple period, we have neither a single central textual corpus, as in our dominant picture of later Judaism, nor a single ideal divinized figure, as in Christianity, that embodies the fullness of revelation. Rather, we have many texts that contain divine words, available or not, and several inspired heroes who had once heard and written them. Enoch, Jacob, and Ezra are all imbued with divine power. Each, in some way, has received and transmitted divine text, even if that text is contained in multiple locations, or only known in legend.

Their writing is part of—but not a replacement for—their inspired personalities, which continue to generate new traditions about their lives and characteristics. Many of the ancient figures credited with writing sacred texts are transformed into angelic or divine beings as the traditions about them develop— and many of them, in one source or another, dwell in heaven. Far from being replaced by the text of Deuteronomy, Moses takes on new roles as a scribe of more revelation beyond the Torah (Jubilees), but also as an angelic figure (Qumran); an ascended hero who never died, even though he claimed he did (Josephus); mind or soul alone (Philo); and a transfigured being who appears together with Elijah and Jesus. Enoch and David are divinely enlightened heroes who have prolific writing as part of their repertoires; in Jewish texts of late antiquity, both have become cosmic beings enthroned on high, continuing their mandates in heaven. Ezra leaves Torah for his community, but he himself receives not only greater writings reserved only for the wise but also greater rewards for himself, as a transformed being taken up to the heavenly world. . . .

Jesus did many other things as well. If every one of them were written down, I suppose that even the whole world would not have room for the books that would be written. (John 21:25)

Is that another way of saying that there can be no end to the revelation of the mysteries of Jesus Christ? If the Gospel of John was written as a dialogue with the Gospel of Mark (as I suspect it was), is the author acknowledging more gospels will appear to “flesh out” the mystery and wisdom in Jesus? We do have reasons to think that the Gospel of John itself was added to by multiple authors over time.

And I also think of certain radical critics and most recently Thomas Brodie who argue that the Pauline corpus was produced by a school rather than the literary individual — each letter being another canal flowing from the river of the ideal character of Paul.

But not all revelation came via canals flowing from the river of a prophetic figure. Some, I tend to think, remained anonymous, with new wisdom that could only be revealed directly by the all-knowing narrative voice.

4 thoughts on “Divine Revelation Not Limited to the “Bible Canon””