The following in Neil Carter’s post, I Drew the Line at Canaan, brought to my mind a very similar moment in my own life:

I remember one night at bedtime my kindergartner asked for a story from her Story Bible, so I opened it at the bookmark to find that the next story was the conquest of Canaan. This Bible tells its stories at an elementary level using cute cartoons, so I figured I could handle it alright.

With clenched teeth, I read her the story of the conquest of Canaan as her older sister listened in from her bed nearby. As the story concluded, my little girl asked why God was being so mean to those people. Her sharp little mind instantly knew this situation was all kinds of wrong.

I honestly didn’t know what to say. My mind flooded with things to say which would not have gone over well with the older daughter listening nearby . . . I’m somewhat embarrassed to say that at the time I think I dodged the question for fear of saying something which would upset a delicate balance that exists in my family life during those days (and frankly hasn’t yet gone away).

Those who have been in a situation similar to mine will understand how difficult it can be to know what to do when moments like these occur. I quickly changed the subject and finished putting the girls to bed because it was late and I didn’t think this was the best time to open up such a large can of worms. 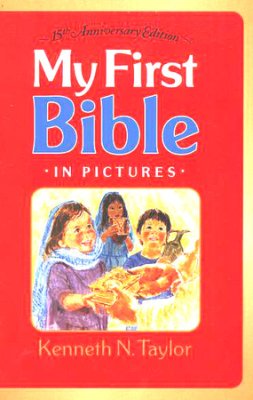 It was some years ago now, but still raw in my memory. I had just tucked my youngest son, not long beyond being a mere toddler, into bed and sat down beside him to read him a story from his colourful children’s bible that I had bought him.

We had come to the story of Abraham, that historic pillar of faith and obedience. I had been through some traumatic personal circumstances up to that point and it was my mature adult focus on God and living the same faith as Abraham, being willing to sacrifice everything most dear to me for the sake of obedience to and trust in God, that somehow “brought me through” those fiery trials. The example of Abraham on Mount Moriah called to sacrifice his son Isaac was a more directly meaningful image for me in my particular situation than Jesus choosing to suffer and die. I could relate at that time to a story of being prepared to lose one’s children far more than personally suffering physical torment and death.

Now here I was, sitting beside my youngest son, about to read him the story of a willingness to sacrifice one’s son for God that had been my guiding beacon only months prior.

I started to read. I think I got no farther in than the opening words. I suddenly felt a sickening punch in my stomach. I paused. I did not know how to continue. I recall the silence eventually broken by my son asking in his sweet child voice for me to continue.

I couldn’t. I did not now how to utter a word in response. I can’t remember now. I may have told him some other story in my own words; I may have simply made my excuse and kissed him goodnight then turned out the light.

What the hell was I doing? Here I was teaching my son to glory in a tale of a man who was prepared to kill his own son for the sake of proving his own bloody righteousness to his f…ing god!

What sort of a god is that? It is an evil god — playing sick psychotic mind-games with his faithful servants. But what sort of a man is that? It is the sort of man who needs to be singled out and taken away from his family and society and given some serious professional help before he can do any further harm to innocents. Meanwhile he needs to be locked away for barbaric criminal intent pending the success of that treatment.

And this had been my faith-model for the past year and more!

I felt sick, ashamed, utterly disgusted with myself. And I never opened that story bible again. Good god, there was a world rich, happy, imaginative and positive literature for children all around me. Having once trained as a teacher-librarian I knew of hundreds of titles.

Now I look at the happy smiling faces in the pastel illustrations in that and similar children’s bibles and I am reminded of the crude art of totalitarian regimes depicting happy smiling workers, men and women, and happy smiling children in classrooms and on youth camps, all hiding the realities too painful to imagine.