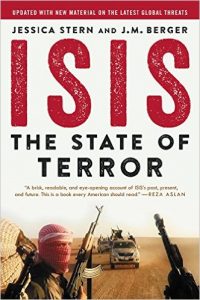 I keen an eye on the webpage of J.M. Berger, one of the authors of an excellent book explaining the origins, nature and goals of ISIS and who joins it and why, ISIS: The State of Terror and this morning there appeared a collection of three particularly interesting articles. We have been seeing more generally in the news that ISIS in Syria and Iraq is lately suffering significant territorial losses, though the end result is loss all round given ISIS’s “scorched earth” policy of destroying everything as they retreat. Ramadi has been recaptured by Iraqi forces but it is no longer a place anyone would want to return to. So with ISIS appearing to be on the back foot at last the following new developments are of particular interest, I think.

The first article of special interest is published in the current issue of Foreign Affairs: Quitting ISIS: Why Syrians are Abandoning the Group by Mara Revkin and Ahmad Mhidi. The reasons for growing numbers of defections in recent months are as diverse as the reasons for joining ISIS in the first place. By way of reminder, some of the reasons for joining that have emerged in many of the studies:

I can’t repeat all the FA article here but I have linked to it above. In brief:

The final paragraphs are especially disturbing (my own bolding):

Although the increase in defections might seem like welcome news to the U.S.-led coalition, the trend has some alarming consequences for Syrians. In addition to summary executions of combatants or civilians who are suspected of disloyalty, ISIS has started to recruit large numbers of child soldiers to shore up its dwindling ranks. The “cubs of the Caliphate,” as ISIS calls them, are cheaper and more ideologically malleable than adults. Tarek, a former ISIS fighter from Deir Ezzor, estimated that when he deserted his unit in Deir Ezzor, 60 percent of his fellow combatants were under the age of 18. One former ISIS child soldier from al-Hasakah, Sami, was 14 years old when he first joined in 2014. . . . Sami cried as he recounted the deaths of several of his oldest childhood friends who had joined ISIS with him and were recently killed in a battle against the regime in Deir Ezzor. ISIS had been using these children as cannon fodder on the frontlines because they lacked the training and experience to be useful in other roles.

In another sign of desperation, ISIS has dramatically abbreviated the training—both physical and ideological—that its fighters must undergo. ISIS used to require that all new recruits first enroll in Islamic educational courses known as dawraat sharia, which last from 30 to 45 days, followed by military boot camp for another 30 days. But after losing Sinjar to Kurdish forces backed by U.S. airstrikes in November 2015, ISIS dramatically shortened the recruitment pipeline by eliminating military training altogether and requiring only a few days of Islamic education before sending new recruits into battle. The curriculum of the dawraat sharia covers ISIS’ version of Islamic humanitarian law, which does set some limits on violence against civilians, enemy combatants, and prisoners of war. As ISIS lowers its standards to attract new recruits, its fighters will become increasingly prone to indiscipline, corruption, and looting. Such internal problems will weaken ISIS militarily but they come at a high cost to Syrian civilians, who are likely to face increased violence and exploitation by an organization that is beginning to unravel.

Al-Qaeda giving permission for a break from its ranks

Then there is this latest intriguing development involving Al-Qaeda. Zawahiri is Bin Laden’s replacement, the leader of Al Qaeda. Al Nusra is the anti-Assad rebel group closely affiliated with Al-Qaeda. Al Jazeera reports: Zawahiri: Syria’s Nusra free to break al-Qaeda links. ISIS itself began as Al-Qaeda in Iraq led by Zarqawi (the one who began the spate of beheadings and bombings of Shia centres in Iraq) but after Zarqawi was killed in a bombing raid the new leadership broke from Al-Qaeda and morphed into ISIS, the Islamic State, in 2014. So it is interesting to see Al-Qaeda giving permission for its Syrian affiliate, Nusra, to break ranks.

The thinking appears to be that Nusra will have more leverage in peace talks and hence more clout as an anti-Assad force if it can disclaim its links to Al-Qaeda. With ISIS on the retreat, Nusra may have the opportunity to dominate the anti-Assad forces and become a major driver in Syrian politics. The Russian military action has proved to have been a game-changer but if Al-Nusra is no longer tied to Al-Qaeda there is some speculation that Russians will have less justification for attacking it.

END_OF_DOCUMENT_TOKEN_TO_BE_REPLACED 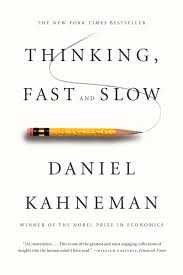 When I wrote Do You Understand What You Argue Against I had only just finished reading Richard Shenkman’s Political Animals: How Our Stone Age Brain Gets in the Way of Smart Politics and was sharing some reflections arising out of that book. In particular, I had been thinking about how Shenkman’s overview of recent findings in psychology and related studies helped us understand why so often we find people with very strong opinions about certain things (evolution, mythicism, Zionism, refugees, Muslims, terrorists, politicians, national history, poverty . . . ) even though they are incapable of explaining the viewpoint about those things that they oppose. I opened with something written by PZ Myers:

I’ve talked to creationists one-on-one about this before, and they can’t tell me what I’m thinking at all accurately — it’s usually some nonsense about hating God or loving Satan, and it’s not at all true. But at the same time, I’m able to explain to them why they’re promoting creationism in a way they can agree with.

I discussed this problem in the context of System 1 and System 2 types of thinking. It didn’t take very many comments on that post to send me looking for the main source for that model of System 1 and 2 thinking raised by Shenkman. Shenkman’s discussion was only second hand information. So I have since started reading the primary source: Thinking, Fast and Slow by Daniel Kahneman (2011). When I first heard of that book I impulsively dismissed it (System 1 reaction) because I thought the title and someone’s comment about it meant it was just another pop psychology book. I have since learned I could not have been more wrong. Daniel Kahneman is not a pop psychologist. See The Guardian’s article Daniel Kahneman changed the way we think about thinking. But what do other thinkers think of him?

Excuse me if I copy and paste some paragraphs from the conclusion of Kahneman’s book. Work pressures and bouts of illness have kept me from posting anything more demanding at this stage. There will be some slight shift of understanding of the nature of System 2 thinking in what follows. (Always check the primary sources before repeating what you think you understand from a secondary source!) Bolding is my own.  END_OF_DOCUMENT_TOKEN_TO_BE_REPLACED