I’ve talked to creationists one-on-one about this before, and they can’t tell me what I’m thinking at all accurately — it’s usually some nonsense about hating God or loving Satan, and it’s not at all true. But at the same time, I’m able to explain to them why they’re promoting creationism in a way they can agree with. — PZ Myers 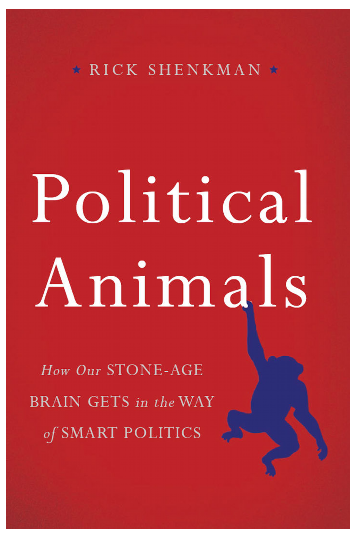 PZ’s quandary reminds me of my own attempts to discuss political topics (terrorism, Islam, Israel and Palestine) and “religious” ones (methods used by Christian origins scholars, mythicism) with both academics and lay folk. Yesterday I read Jerry Coyne’s complete failure to explain the meaning of Zionism. Coyne has very strong views about Israel but he does not know what Zionism is or why some people oppose it. I have found the same ignorance when it comes to Islamist terrorism and Islam itself in a number of discussions here on this blog. Ironically that ignorance sometimes expresses itself in response to posts where I have cited or directly quoted serious research into the questions. Some people appear to ignore the explanations of the ideas they are supposedly responding to.

I once spent many, many exchanges with a Butler university then associate professor comparing the evidence for Socrates and Jesus. I could not understand why he appeared to keep repeating arguments that I thought I had so clearly demonstrated were false so I asked him to tell me what he understood my argument to be. It took quite a while but eventually he did respond and he stymied me by responding with a nonsensical idea that completely missed my point. I can only assume he was sincere and he really was not registering what I was writing in my exchanges with him. We have seen the same travesty with his inability to explain the most fundamental arguments of Earl Doherty and Richard Carrier even after supposedly reading sections of their books. But that’s no surprise because we saw the same distortions in Ehrman’s and Casey’s claims to have read and responded to mythicist arguments.

They — people like Coyne and McGrath — are not really engaging with the arguments of their opponents. They really do not know what their opponents are arguing.

But then I have to confess that I sometimes have rushed to conclusions about political and religious claims and other situations on some sort of instinct, or certainly with knee-jerk reactions. I do know that there was a time when I was like PZ Myer’s creationists. I was confident that I knew the fallacies at the heart of evolution and the thinking of scientists who wrote about it. And I know I have a tendency to form instant judgments when I listen to certain politicians speak.

So it was with interest that I read Rick Shenkman’s discussion of two types of thinking in Political Animals: How Our Stone Age Brain Gets in the Way of Smart Politics.

[E]volution teaches us to think quickly. In the life-and-death setting common in the world of hunter-gatherers, speed was of the essence in sizing up both people and situations. We couldn’t let anything get in the way of our making up our minds, not even an absence of facts. In circumstances where we lacked facts— a common occurrence in the real world— we found other bases upon which to make a decision. The point was to act. Dillydallying could kill you.

The legacy of this evolutionary inheritance is that today we leap to make decisions even when we don’t need to. Instead of waiting for facts we rush to judgment. Though in the modern world we are seldom called on to render a lightning-fast, life-or-death judgment involving a politician, that’s what we do. We can’t help ourselves. We are hardwired to think fast rather than to reflect at length.

Fast thinking (also known as System 1), as the pioneering psychologist Daniel Kahneman points out, is easy. It doesn’t require us to dwell. It really doesn’t require us to think at all, at least as most people define thinking. That’s because it mostly happens in the unconscious, where most of our brain functioning actually takes place. As psychologist Michael Gazzaniga informs us, “98 percent of what the brain does is outside of conscious awareness.” When Michael Jordan dunks a ball he doesn’t think through all the steps he needs to take to gain lift, angle his arms, and provide thrust. He performs these tasks automatically. If he suddenly tried to think about what he’s doing when dunking a ball he’d probably stumble. Reflection gets in the way of the performance of tasks that are usually left to the unconscious. Why is that? Reflection takes time. It’s slow thinking (System 2). Literally slow. Operations in the brain involving the unconscious are five times faster than those involving consciousness.

How do we arrive at a quick decision? We use shortcuts, what social scientists refer to as heuristics. Quick— which of these capital cities in Africa has the most people?

The answer is Cape Town. How do you know this? Because you have heard of Cape Town (pop. 3.74 million), and you probably haven’t heard of Libreville (pop. 797,000) or Asmara (pop. 649,000). Your brain concluded that since you haven’t heard of either city, chances are they aren’t very big. This is an example of the recognition heuristic. If we recognize something, our brain automatically assumes it must be because it’s important. Why do we vote for people whose names we recognize on the ballot even if we know nothing about them? It’s because we recognize their names. Our mere recognition of them must mean that they are known for something, and in the absence of a strong negative cue, we naturally believe it must be something positive. In fact, social scientists have discovered that familiarity seems to have the same effect on us as happiness. We get a charge in the reward center of our brain when we experience the familiar. And when do we become less analytical? When we are engaged in System 1 thinking.

My System 1 thinking is telling me that that is “so true”! But will that snap judgment stand up to the test of System 2 thought? END_OF_DOCUMENT_TOKEN_TO_BE_REPLACED