The Transformation of Simon/Paul into Proto-Orthodox Paul in Galatians 1:1 – 2:14

The puzzles I have in mind are:

1. The turnaround by Paul: In 1:8 he is ready to curse himself or anyone else—even an angel from heaven— who dares to preach a gospel contrary to the one he had preached. Yet in 2:1-2 he says that he went up to Jerusalem to present his gospel because, after all, he might be running or have run in vain! How, in the short space of time it takes to compose fourteen verses, does one’s attitude change from the adamant “there’s no way I’m wrong” to the conciliatory “well, maybe I was wrong?”

2. The turnaround by Peter: In 2:9 he is shaking hands with Paul and agreeing that he should go preach his brand of gospel to the Gentiles. But just a few verses later he, “fearing the circumcision party, separated himself” from Paul. 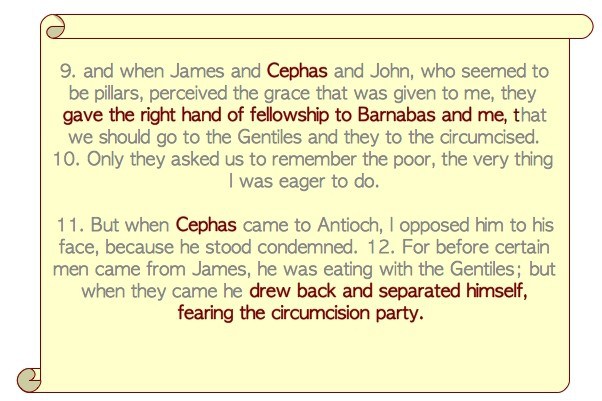 3. The switch back and forth between the names Cephas and Peter. Cephas is the name of the person Paul stayed with during his first visit to Jerusalem. But in the account of the second visit the name “Peter” is used for him twice before the switch back to Cephas. In the Antioch incident Cephas is the only name used for the one who stood condemned. 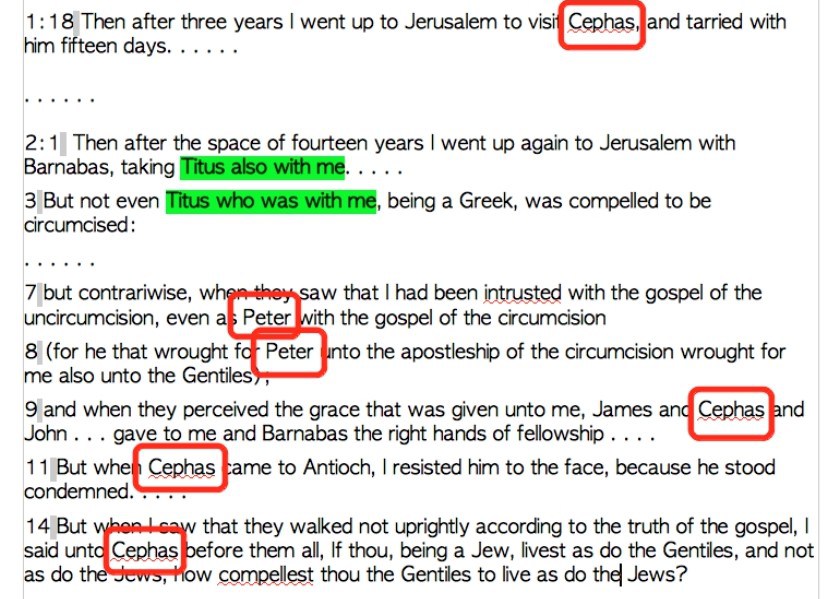 5. The use of the expressions “those who seemed to be something” and “those who seemed to be pillars” for the leaders of the Jerusalem church. Why not something more straightforward? And why does Paul only use the expressions when recounting his second visit to Jerusalem. He tells us that at his first visit he made the acquaintance of Cephas and saw James. Didn’t they “seem to be something” at that time? So why do the “seem” expressions appear four times in the account of his second visit (which was, at least temporarily, a success) but not at all in the first?