Joel Watts, I am very happy to say, has for the first time ever addressed me in a civil tone. His first words to me were two years ago and are on record for posterity here. It was downhill from that point on. Until today when he left a comment (no, two comments) on my blog. (Gee, I wonder why he didn’t leave a comment on my blog as DMCA required him to do when he believed I was “stealing” his mental property.)

Of course, unless Joel Watts issues a sworn statement to the contrary (and we all know since his DMCA foray to shut down one of my posts that embarrassed his knickers down to his socks that he is fond of establishing his credibility through sworn statements) we all know that Joel Watts would never have come within two flicks of a coin toss to reading anything by Thomas L. Brodie had he ever known in advance that Brodie was “a mythicist”.

But in sweet ignorance he fell for his arguments hook, line and sinker. Brodie was “a giant”, his work “a masterpiece”. Delicious irony, in the same book Joel Watts says the work of “mythicists” is only “pseudo-scholarship”! (p. 3). So Joel Watts is caught out reading “pseudo-scholarship” and discovering (in blissful ignorance of its provenance) that it is really “a masterpiece”!!!

So what must Joel do now to save any face? Why, he must declare ME the in the realm of “fandom” (inference of mindlessness, of course) of Brodie. That’s the implication of his new post, How do you solve a problem like… Brodie fandom…

Never let anyone fault Joel Watts with reading and learning the facts before he writes what he wills. As anyone who has read my posts on Brodie should know, I do have some reservations about some of Brodie’s “parallels”. I do believe there are stronger cases to be made for alternative explanations in some instances. Frankly, I am surprised any mainstream scholar would have embraced Brodie’s The Birthing of the New Testament as wholeheartedly as Joel has done. (I recently posted some reviews of Brodie’s work here to give readers a taste of how Brodie’s work has been received by the establishment: reviews in post 1; reviews in post 2).

Moreover, I was writing about Brodie’s work long before, like Joel, I ever knew he was “a mythicist”.

But if a “historicist” (e.g. Watts) likes Brodie, he does so presumably because of superior cranial and synapse functionings. If anyone Watts chooses to label “a mythicist” likes Brodie, he’s a mindless fan. Whatever does he think of the frail Thomas L. Brodie himself whose shoulders are still bearing up the weight of one who has all this time thought him to be a “giant”?

So it’s a bit late for Joel to learn that, like Richard Carrier, I do not believe Brodie’s arguments are necessarily the strongest case for a Christ Myth hypothesis, though his arguments definitely do lead to that inevitable conclusion. Or is Joel smarting because he can see now that I was right to have recognized from the outset the mythicist implications of Brodie’s arguments?

But I do believe in getting the facts out. And that’s why I am doing a series now on one of Brodie’s books, just as I have done many other series on other works of mythicists and “historicists” alike. Perhaps the Master of _arts should read those posts and learn something.

So what must Joel Watts now do to save face over being caught out praising a mythicist argument to the high heavens?

Why, he must needs find a way to yap and nip at any apparent “mythicist” who ever saw merit in Brodie’s arguments.

But I especially love this concluding paragraph from Time Lord Dr What:

As I have stated in the recent past, the origin of the fact does not dismiss the fact. Brodie’s work on literary criticism of the New Testament has presented us a positive methodology, even if I disagree with his conclusions on the historical person of Jesus. I even disagree with some conclusions he has reached on the literary spring of the New Testament. But, this is the key to being an open-minded thinker. You do not have to accept every thing to accept some things. It is not an all or nothing world.

An “open-minded thinker”?? Yeh, so long as one does not know the author is a mythicist or that the arguments most naturally lead to mythicism, it is so easy to be “open-minded”, isn’t it, Dr What. 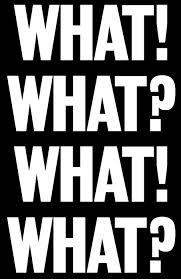 But really, Joel. You have read all of Thomas Brodie’s arguments. He adds no more. All he is asking you to do is THINK about their implications for historicity — think, that is, outside the warm fluffy cloud of faith. If Jesus is explained as a literary creation, then what need we any other explanation? Think. Be Open-Minded. But of course you are a man of faith, and we all know faith has the power to cast mountains of fact and evidence into the sea and to enable its practitioners to walk on water, even clouds.