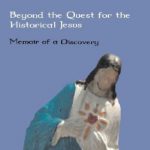 Thomas Brodie argues that the Gospel accounts of Jesus, both his deeds and teachings, are like other literature of the era insofar as they are creative re-writings of earlier literary sources. The best-known example of such creative imitation in the classical world is Virgil’s use of Homer’s epics to create the Aeneid. What is less well known is how pervasive this sort of literary imitation (and creative emulation) was in the Hellenistic and Roman worlds. Many scholars have pinpointed isolated passage in the Gospels that appear to be derived from other literature (e.g. Jesus raising the daughter of Jairus is very like similar miracles by Elijah and Elisha) but Brodie goes well beyond these arguments and into a quite different dimension of literary analysis, as I will explain below. He also argues that the hypothesis that the Gospels are derived from oral traditions is flawed for many reasons.

No-one who has read Thomas Brodie’s Beyond the Quest for the Historical Jesus: Memoir of a Discovery can ever legitimately accuse Brodie of resorting to “extreme parallelomania” in order to argue his case. Indeed, scholars as reputable as Charles H. Talbert and Wilfrid Cantrell Smith found Brodie’s thesis to be worthy of wider serious consideration. Anyone who dismisses his arguments as even at times stooping to superficial dot-point comparisons of prepositions was never paying attention to what they claim they read. (I have suppressed the name of the prime culprit in order to protect the guilty.)

In Chapter 7 of Beyond the Quest Brodie gives a 26-page detailed explanation of what is involved in identifying the source of Luke 9:57-62 in 1 Kings 19. Six of those 26 pages set out in small font the relevant Greek texts and translations side by side. This is the sort of detail that Brodie explains he did not have space to include in his 2004 tome (680+ pages) identifying the sources of New Testament writings, The Birthing of the New Testament. But of those 680+ pages Brodie only gave a 6-page explanation of how those six verses are derived from 1 Kings 19. In Beyond the Quest we are treated to the full course banquet.

Getting Inside What Is Happening

Studies of how ancient writers adapted or transformed older texts, especially of how the New Testament used the Old Testament, are now becoming commonplace, but it is useful to look at an example closely because the transforming process can seem strange. (Beyond, p. 51)