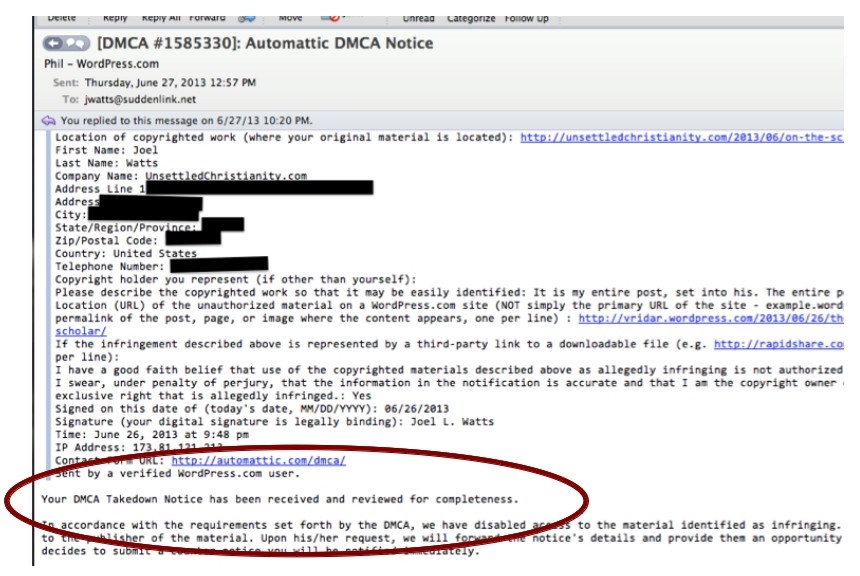 Automattic sent their takedown notice on basis of a sworn statement by Joel Watts that he had sent me a prior warning notice.

Joel has since published images of that supposed evidence.

But I have shown in an earlier post that the DMCA directive is that Joel had to leave a comment on my blogpost. So why did he not do that? Why did he choose to send an email to me instead?

For the complete answer to that, watch this space for a new post by Tim.

His attempt to remove the CC notice on his blog after the fact is only the smaller half of what this cuddly conspirator appears to be capable of.

12 thoughts on “Joel Watts, “Email Evidence” and Perjury: The Answers Are Beginning to Emerge”