Skip to content
I disengaged from the question that was being asked, falling on the last resort of the scholarly scoundrel: “I’m just trying to figure out what really happened!” (Daniel Boyarin)
Most of us [biblical scholars] are just trying to follow the evidence. (Larry Hurtado) 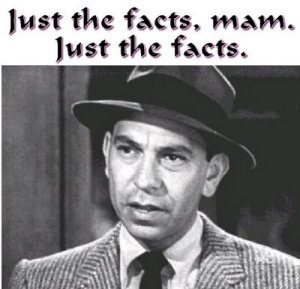 Forget mythicism or the Christ myth debate. That’s irrelevant. Or should be. What matters is the evidence we have, understanding it and explaining it. The evidence we have from the early days of Christianity is a literary and a theological Jesus. No-one I know of in my circle gloats or thinks they are scoring points over whether they can prove or disprove the existence of the historical Jesus. What interests them is understanding the best way to explain both the nature of early Christianity and Christianity’s origins. What matters is making the best sense of the data available. But first we need to have a clear and valid understanding of what constitutes the data to be explained.

In my previous post I noted what should be a simple truism: scholars of Christian origins generally are doing little more than paraphrasing (in scholarly language and with their own qualifying preferences) the Christian myth we have inherited from the Bible.

I have no doubt the bulk of them are very sincere and would sincerely censure me for suggesting that their scholarly pursuits are trapped in the myth itself. This blog has frequently posted observations of the ineptitude of some biblical scholars who seem to fall very short with respect to rigour and understanding of questions of historical methods, awareness of what their peers and foundational predecessors have written, and even the very nature of scholarly bias and the meaning of evidence.

The second of the quotes above struck me at first as a caricature. Surely a professor would know something about the nature of bias in any scholarly pursuit and especially in one as ideological as biblical studies.

Apparently not. I attempted to post a comment addressing the naivety of this view but my comment was rejected. The same professor even remarked that my suggestion of bias in the scholarly field amounted to the charge of a “conspiratorial agenda”. Does a professor really believe that the alternative to freedom from bias is deliberate conspiracies? Or is this a defensive response against lay critics who can see the emperors are scantily clad?

So I post here the message that the professor did not appear to want others to read on his blog:

I do not believe biblical studies is unlike any other academic discipline and institution when it comes to questions of institutional (let alone personal) bias. Bias is a necessary part of the human condition and without it we cannot function. Surely everyone knows that the trick is to be aware of our biases and that that is not always a simple matter.

We don’t need to go beyond Albert Schweitzer’s observation that up till his own day scholars had produced an array of historical Jesus figures, each one in the image of his scholarly creator.

The latest historical Jesus figure I’ve encountered was only a few months ago and he, too, is very much the spitting image of his maker, Rabbi Joseph Hoffmann (i.e., all his scholarly peers are failures, only he can rescue them, but they don’t listen to him, he is without a place, and he sure as blazes doesn’t love everybody). I think we can conclude little has changed since Schweitzer’s day in this respect.

No one “simply follows the evidence”

No one “simply follows the evidence” without some form of bias to guide them. We must first ask questions, and the questions we ask will be an indication of the values or interests we have. Some biases are healthy and socially rewarded, such as a predilection to want to find evidence to convict a troublemaker or vindicate an innocent.

If we study an historical topic it is because we have some interest in doing so, whether that is to pass an exam or to learn more about a question, event or person that has special meaning to us. We must necessarily have some personal interest in a particular outcome of our study. So someone studying Christian origins may do so

Those who have the former interest will naturally be biased to study questions that fall within certain parameters of their faith.

Those who pursue the latter interest will necessarily have other personal interests influencing the approach they take, just as anyone interpreting current affairs will interpret what they hear or read through their political and cultural biases.

One obvious interest that will necessarily impinge on anyone making a career of their interest in an academic institution will be to earn the respect (not the same thing as agreement) of their peers. It may not matter that they dress in nothing but a tie, underpants and rubber boots, and argue against everyone else in their faculty, but it will matter if they utter a view that is universally condemned (e.g. a medieval scientist disagreeing with Aristotle, a Soviet scholar disagreeing with Marx, an American scholar in the 1970s arguing that archaeology undermined the historicity of the biblical patriarchs and kingdom of Israel).

It is easy to seduce ourselves into believing that we are being quite objective when we lay out data before us and say, See, all I am doing is following this evidence. Historians, any researcher, must first select from a mass of data what they consider relevant to their question. That means they must make value judgments and that means their biases get involved. (Even the question they choose to ask is a reflection of their interest, or their biases.) Not all scholars appear to be able to recognize this inevitable fact:

As a method, he claims to be interested in the “practices” or “religious experience” of the earliest Christians. Since he wants to recover the earliest possible Christian practices, he looks almost exclusively at Jewish, not gentile, practices as his data. (Michael Peppard, The Son of God in the Roman World, p. 21, reviewing Larry Hurtado’s Lord Jesus Christ.)

We see here Peppard’s observation that a scholar’s interest and choice of question is inevitably, by nature, a reflection of bias. Another scholar, such as Peppard, who approaches the data with a different interest (bias) can produce a different answer to a particular question. (Peppard will find logical inconsistencies in what Hurtado defines as “religious practices” — another indication of how bias affects our definitions and view of the data — and argue that evidence from the non-Jewish data is at least equally relevant.) That’s because a different interest is likely to attribute different significance or relevance to the same data, and make different selections of what is relevant data because of that interest (bias).

Peppard’s explains why he believes his and Hurtado’s views of what is relevant data (or evidence) are so different:

Hurtado’s work is, if not apologetics, unapologetically Christian, with an emphasis on orthodox Christology. (p. 21)

So one sees here how it is possible for even the question itself (the origin of a certain assumed Christology) to be a product of bias.

Confusion about the nature of the data to be explained

Scholarly bias can even condition a scholar into being completely misled about the very nature of the data upon which he or she would be expected to build a hypothesis.

Data is the raw material with which a researcher works. Data needs to be interpreted to become information. Interpretations are always guided by our values, our conditioning, our biases. But the data itself is the absolute rock bottom raw material at the scholar’s disposal. Data has to be explained so we can make sense of it and know how to use it in the construction of theories to explain why it exists as it does.

Scholars who believe that they are doing nothing more than trying to follow the evidence (implying that bias does not impact on what evidence they choose to select or how they interpret the evidence or use it to answer certain questions) are in some cases even confused about the very nature of what constitutes data for early Christianity.

One professor has set out what he believes is “the data” that anyone studying Christian origins needs to be able to explain. The context was a discussion of the Christ myth theory, so he selected what he said was “data” that required explanation. As I said at the outset, let the Christ myth question be laid to rest. At least lay it aside in the context of the larger question of understanding Christian origins where the evidence to be explained consists of a literary and theological Jesus.

Look at the real data behind the above and see how bias has determined what scholars believe is the “data” (perhaps even “facts” or “evidence”) that they claim to be following “without bias”:

What hope is there for studies of Christian origins when even professors cannot recognize their biases, biases that are so ingrained that they cannot even discern the difference between data, interpretations and speculations?

(I don’t really think either of the scholars I quoted at the beginning are literal scoundrels. Or maybe just a little — a case of kidding on the square? At least I am sure they are well meaning. I have more faith in the one who can recognize the joke, however.) 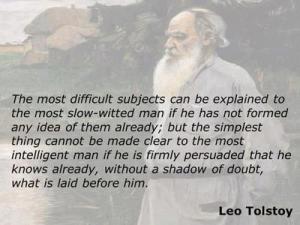 The question that rightly emerges from this post is the question of my own bias. Conservative scholars who adhere to the orthodox model of Christian origins tend to assume that one such as myself must be biased against that model for invalid prejudicial reasons. That I hear such an accusation probably actually confirms that the accuser is himself defending a model prejudicially and for invalid reasons. Projection, etc.

My own life experiences have certainly put me in a position where I do not feel committed to the conventional model (basically the story or paraphrase of the Gospels, Acts and Eusebius). But those same experiences have also given me a sympathy and respect for others who remain committed to my old beliefs. I have not the slightest interest in scoring points against the beliefs of my friends or undermining the faith of my mother. It really is possible to have interests that are quite unrelated either to opposing or to explaining the conventional model. It is a shame that quite a few scholars seem unable to accept that thought.

24 thoughts on “Who’s the scholarly scoundrel? Scholars of Christian origins bound by bias, immured in myth.”