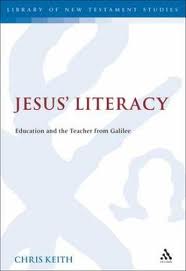 Of course all human experience is interpreted, but that does not deny its objective reality at the same time. Droughts and floods and earthquakes and eclipses and assassinations — all having played significant roles in history — are more than human interpretations. Yes, they are interpreted. Even the central actants interpreted what they do. Julius Caesar had his own interpretations of his conquest of Gaul. If Jesus healed and preached then he, too, could only speak of his own interpretations of his career. But that would not mean we can only say his career itself was nothing more than a “plausible” event. Everyone, including Jesus, would have a different way of describing it, that’s all. A movie is real but everyone — including the director and actors — has a different take on it.

What Keith is doing is trying to establish “what plausibly happened” in order to explain the narratives we have in the Gospels.

His approach is to try to ascertain what sorts of (interpreted) experiences and reports among Jesus’ followers and their audiences eventually led to the Gospel narratives. The criteria of success (or relative success) is the extent such reconstructions are “plausible”.

All of this hangs on the assumption that the Gospels are indeed written as “memories” of Jesus.

What Keith has overlooked here is what I would think ought to be the very first task of the historian.

The historian first needs to establish the nature, character, of her sources. That means establishing some relative certainties about their provenance, who wrote them, when, where, for whom, why? Equally it means establishing some relative certainties about the “intent” of the sources — are they meant to establish some formal exchange of information? tell an allegory? record a diary? entertain? And just as importantly it means being able to establish by means of independent sources the extent to which they might contain reliable historical data. All of these go together. So a work meant to entertain may contain reliable historical data but not tell a “true story” — as many of the ancient “novellas” do.

But such discussion is avoided. We read, instead, explanations such as the following:

[A]ccording to Hurtado, “The only reasonable factor that accounts for the central place of the figure of Jesus in early Christianity is the impact of Jesus’ ministry and its consequences, especially for his followers.” (p. 49)

Only one explanation is considered reasonable. I once asked Larry Hurtado what data he presented upon which to base his belief that the general outline of the Gospel narrative was in fact a “true” (more or less, with interpretations) account of how Christianity began. I repeated what he saw as the “raw data” in an earlier post. Not a single point is what most historians would normally call “raw data” or “primary evidence” but in each case they are extrapolations or assumptions drawn from an unprovenanced narrative (the Gospels and Acts) for which we have no independent authentication.

But the historian is not left without evidence at all.

A good number of biblical scholars do recognize tangible evidence for many of the narratives and sayings in the Gospels. Man y are found in the “Old Testament” writings. The account of Jesus’ miraculous feeding of thousands is surely sourced from Elisha’s comparable miracle. There is very strong tangible evidence that the story of the raising of the daughter of Jairus is likewise sourced from the same prophet.

A common response to such claims is that the authors or those preserving the tradition merely chose to add a biblical touch to what they remembered of Jesus. Yet that answer is only adding unverifiable assumptions to the tangible evidence we have at hand. This argument does not mean that we would discount the historicity of other ancient figures who also were in part described in mythical tones. Alexander the Great, for example, has ample evidence to establish his historicity and the mythical trappings do not make up the whole of his narratives.

It’s not easy blogging here in the midst of early morning music and traffic noise in a Bali cafe but I have tried at least to hit on a few key considerations as I am reading Keith’s book. Each one of the above points, I am well aware, requires elaboration to clarify and justify itself for those not used to this approach. I have covered those elaborations in previous posts. But now it’s time to turn to my real reason for being here in Bali — my trip to the dentist. 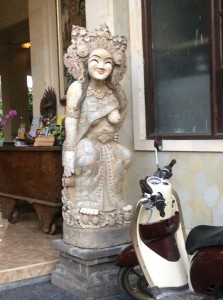 16 thoughts on “Memories of Jesus? (Or False-Memory Syndrome?)”