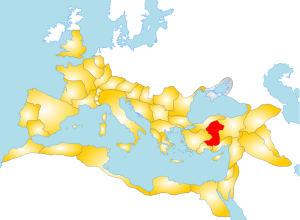 I have not yet sought out criticisms of this argument so what I post here is a raw (uncritical) summary of it as presented by Walter Schmithals in Paul & the Gnostics. (Some asides I enclose in tables and some of when I do include my own thoughts I type them in bracketed italics.) END_OF_DOCUMENT_TOKEN_TO_BE_REPLACED