7th post in the series by Roger Parvus. The complete series is archived here.

In my previous post I called attention to the assortment of unusual beliefs held by the author of the so-called Ignatian letters. That assortment and the description of his Judaizing and docetic opponents have convinced me that he was a follower of Apelles, and that the churches he addressed in his letters were Apellean. For the benefit of those unfamiliar with that little-known early Christian and his sect I will start by reviewing what the extant record says about them.

Apelles, the founder of the Apelleans, was at first a disciple of Marcion. If, as is thought, he was born early in the second century, he could have been Marcion’s disciple as early as the 120s, assuming Marcion was already actively proselytizing at that time. It is not known how long Apelles was associated with Marcion, but at some point he broke with him and adopted doctrinal positions that were at odds with those of his teacher. Tertullian says the break was sparked by Apelles’ rejection of Marcion’s rigorist teaching regarding celibacy: “Apelles … deserted Marcionite chastity and withdrew from the presence of his most holy master to Alexandria. Returning after some years, he was in no way improved except he was no longer a Marcionite” (“On the Prescription of Heretics,” 7). Their differences went beyond the issue of celibacy, however, and the split was likely not an amicable one. Apelles abandoned Marcion’s dualism and returned to belief in one supreme God. He repudiated Marcion’s docetism, emphatically insisting on the real and non-phantasmal nature of Christ’s body. From Marcion’s canon he retained only the Apostolicon, replacing Marcion’s Gospel with one of his own. He did continue to view the Old Testament negatively, and his position in regard to it, as will be seen, is in a way even more negative than Marcion’s. But on the other hand, Origen concedes that Apelles “did not entirely deny that the Law and the Prophets were of God” (“Commentary on Titus”). END_OF_DOCUMENT_TOKEN_TO_BE_REPLACED

Dr James McGrath has written another defence of his review in response to my discussion of it and I think it would be useful to post it here so it can sit beside my criticisms. I am still trying to understand the hostility towards mythicism as well as the apparent inability of even some of the most educated among us to minimally comprehend what they read in its defence.

At least it must count in Dr McGrath’s favour that he is willing to even look at mythicist works outside his normal scholarly exchanges. At least one other blogger is not even interested in doing that much though he is at the same time quite prepared to denigrate the character and works of authors he has never met or read simply because they are not published in the scholarly arena. And this blogger sometimes murmurs sympathetic noises towards mythicism. It looks like he needs to protect his standing with the scholarly community by denouncing the “unclean” outsiders. Compared with one like that one has to appreciate Dr McGrath’s willingness to at least read Doherty’s book.

But I am coming to believe that there is nothing I can say, or that any mythicist can say, that will in the present circumstances make any dent in Dr McGrath’s beliefs, attitudes, and inability to comprehend what he reads of mythicist arguments. I wonder now if his mind is made up and whatever he reads or hears will only confirm what he believes because that he cannot read or hear a mythicist point any other way. I might be quite wrong since I am trying to reach back into my own experience and nature to understand his. I once read a book that I found myself disagreeing with totally. I wrote indignant notes in the margins declaiming the author’s ignorance and shallow understanding of the issues, etc etc. Years later I looked again and saw how I agreed with everything the author wrote and how incapable I was of comprehending and accepting what he said the first time I read his book. The reason was simple. The book was addressing something that I was still very close to, that had been a core part of my identity for many years. It took me a long time before I could gradually wean myself off my past allegiance to that old self and accept how utterly wrong I had been about something once so important to my identity. The funny thing was that at the time I first read this book I knew I had been wrong, but I did not want someone else telling me just how wrong, or that I was wrong-er even than I could believe. It’s like family. I am free to argue with a close family member, but don’t you dare say a word against them!

Anyway, enough of that. What I write is written for those not trapped in one way of thinking but who are open to exploring new idea and who do not hold to any belief about Jesus (mythicist or historicist) with the arrogance of the ignorant. One thing most people who learn most know is that the more they learn the more they know how little they know. 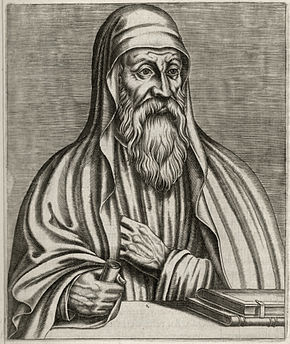 Here is what Doherty writes about Origen and the early interpretations of Paul’s meaning. Would a scholar ever be so careless with truth if he were addressing works of his scholarly peers? END_OF_DOCUMENT_TOKEN_TO_BE_REPLACED