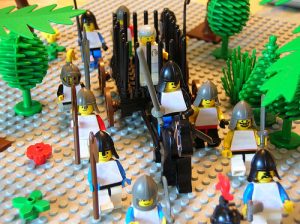 For those who have not had the time to read in full Roger Parvus’s posts so far about the identity of the author of the Ignatian letters I’m being kind and offering here a sketch outline of what he has written to date. Obviously this cannot cover the details and we know details are where devils and (surely) angels, too, are to be found.

Why the argument should not be dismissed out of hand

If “hits” are an indication of what posts others have found of most use or interest, then I can say that the following two tables list the dozen most useful or interesting posts I have done

The lists should help clarify the sort of blog this is and what its primary impact has been. END_OF_DOCUMENT_TOKEN_TO_BE_REPLACED