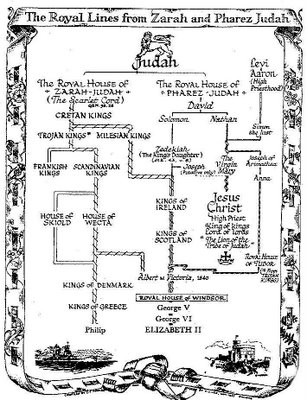 I have been recently addressing some common misconceptions about mythicist arguments. Another one is that “mythicism” places strained interpretations on passages that refer to Jesus as “the seed of David” and as being “born of a woman.” This post does not explore all the ins and outs of the arguments, but briefly points to what is overlooked by many of the historicist critics.

Other misconceptions I have recently addressed:

Mythicism’s alleged reliance on arguments from silence and too many assumptions:

Mythicism’s alleged reliance on arguments for interpolations and metaphors (this includes a comment on the specifics of this post – seed of David and born of woman):

James the brother of the Lord:

So what about the “seed of David” and “born of woman” readings?

Mythicism per se does not hang on any particular reading of either of these passages in Romans and Galatians.

For example, there is nothing odd at all in the notion that a mythical character might be descended from a famed royal line or be born of a woman. Look at the mix of mythical and historical persons in the chart long cherished by British Israelites, for example. 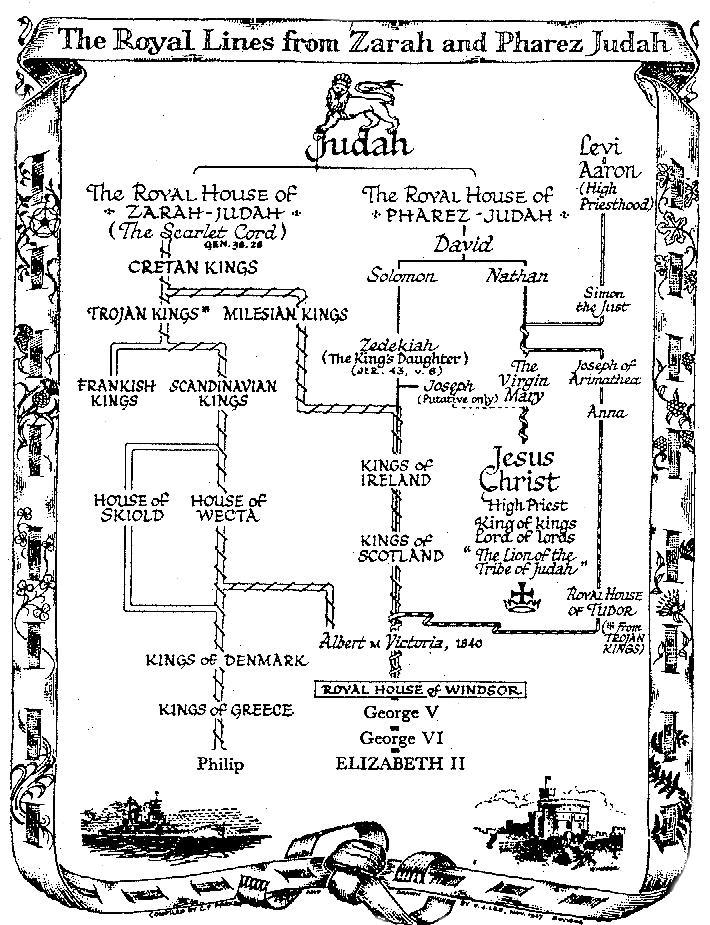 It is worth keeping in mind that, in the light of recent scholarship and archaeological research, it is extremely unlikely that there ever was a “family of David” recognized as such throughout the Second Temple period. Major investment in institutional hedges would need to be maintained to guard its lineage in some identifiable sense if there were. Otherwise probably every Simon, Judah and Joseph in Palestine could have claimed a family tie to such an ancestor just as countless nobodies today across the continents can literally trace some family ties to the British Royal family.

As for the “born of woman” passage, it is unnecessary to single out examples of mythical characters who have been “born of women”.

My point here is not that this is what “mythicists” believe or argue in connection with these verses in Paul. It is to point out that the common default response of historicist critics does not rebut “mythicism” or establish the argument for the historicity of Jesus.

It is Doherty’s interpretation of these passages that has gained some prominence on the net, and I think many critics of mythicism have simply assumed that Doherty’s arguments are to be equated with “the mythicist” arguments — not that I have seen any evidence that these critics generally are aware of the nature of Doherty’s specific arguments.

Doherty’s argument is not “the mythicist” argument, but one of several arguments found among mythicists. In this respect, there is little difference from what we find among historical Jesus scholars who debate widely varying interpretations of the historical value of certain passages, their meanings, and conclusions to be drawn from them. Doherty examines the “seed of David” passage in comparison with similar phrases and terminology in Paul’s letters, and argues that it ought to be read as a mystical or spiritual meaning. One thinks of the way Kochba was presented as a Davidic Messiah, and the ambiguity of the Davidic references in Mark’s gospel, as well as the clearly spiritual meaning Paul invests in his “seed of Abraham” references.

But Doherty is not mythicism. He is one of a number of proponents of mythicism. One can disagree with Doherty’s interpretations, but that will no more dent the core case for mythicism than an argument against a Bultmannian interpretation of a Gospel passage will shake an argument for historicity.

So look at another well-known mythicist, one for whose arguments R. Joseph Hoffmann has expressed some measure of respect: G. A. Wells.

Here is what Wells has to say of the “seed of David” passage, with reference to the “born of woman” verse:

The earliest mention of Jesus’ Davidic descent is Paul’s statement (Rom. 1:3-4) that he is God’s son, “descended from David according to [i.e. in the sphere of] the flesh, and designated son of God in power according to the spirit of holiness [that is, in the sphere of the holy spirit] by his resurrection from the dead.” Paul, we recall, believed that Jesus had alway existed as son of God before coming to earth. Hence he is not here saying that Jesus was “designated” or “appointed” son of God only after his resurrection, but rather that he was designated son of God in power after that event . . . On earth he lived, according to Paul, obscurely and humbly, but after his resurrection was properly enthroned as God’s son. Thus his Davidic existence on earth was part of his act of humbling himself by assuming human form. Paul says that Jesus, “though he was in the form of God,” nevertheless “emptied himself, taking the form of a servant, being born in the likeness of men” (Phil. 2:6-7). Thus “descended from David according to the flesh” of Rom. 1:3 is parallel to “born of a woman, born under the law” of Gal. 4:4, in that in both cases submission to something humiliating is implied.

Conservative scholars conjecture that Paul derived his information that Jesus was descended from David from the original community of Christians at Jerusalem, who, they believe, had known Jesus personally. But nothing that Paul says supports this. When he affirms Jesus’ Davidic descent, his intention is surely to state an article of faith on which both he and the Christian community at Rome which he is addressing (and which he never visited) are agreed. He must therefore have reckoned that his tenet was current there, and it is clear from his letter that — as one would in any case have expected — Christians at Rome about AD 60 were Gentiles or Diaspora Jews (in both cases Greek speaking). And so nothing in the evidence necessarily points to any connection with a Palestinian Jesus and Aramaic-speaking disciples. (The Historical Evidence for Jesus, p. 175)

So it is misguided of opponents of the mythical view of Jesus to dismiss the whole case primarily over disagreements with interpretations of a handful of arguments that they seem to deploy as simplistic proof-texts for the historicist position.

13 thoughts on “Seed of David, born of woman, and mythicism”