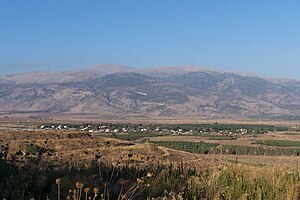 With this post I come closer to completing the series I began two months ago to share the contents of an article by Rick Strelan in the Journal for the Study of Pseudepigrapha 20 (1999), titled The Fallen Watchers and the Disciples in Mark. Strelan argues that the Gospel of Mark’s disciples were based on the legend of the Fallen Watchers in the Book of Enoch. Both disciples and watchers were called to have special spiritual responsibilities and callings in the presence of God or the Son of God, and that both fell through attachment to the things and ways of this world. Strelan finds a number of details in common to associate Mark’s disciples, especially Peter, with the Fallen Watchers of Enoch.

(The rest of the posts are in the Fallen Watchers category.)

My reason for posting this is simply that I found the article of interest. As I began to type notes from it to share here, a few questions about the strength of the arguments arose in my mind. I wondered if Strelan was attempting to oversell his case. Maybe that’s one reason I slowed up the pace of note-sharing. But I certainly don’t quickly discount the arguments. On a recent review of the article I noticed a few details that might be worth following up more seriously.

For example, Strelan interpreted the disciples “seeking” for Jesus (Mark 1:36) after he had gone AWOL the morning after healing Peter’s mother-in-law as “seeking with hostile intent”. I did not like this interpretation, but have since noted that the word Mark uses could well be read with ambiguity. It certainly can in other places be translated “persecute” (as well as eagerly seeking after a coveted prize.) This would justify at least the possibility that the disciples could have been seeking Jesus to “bring him back into their own house/ways/domesticity”. Now that surely sits well with what we find elsewhere throughout Mark — ambiguities. So maybe I was over hasty in dismissing Strelan’s interpretation after all.

So I am posting this now as something I find of interest, and presuming at least one or two others think of it the same way, and as an idea to be further explored and, if possible, tested.

In my last post I left off with this point:

At the foothills of Mount Hermon

The above confrontation between Jesus and Peter took place at Caesarea Philippi, which is near the foothills of Mount Hermon. An audience familiar with the book of Enoch would know that it was on Mount Hermon that the chief Watcher, Azazel, swore an oath with his 200 followers to descend to earth and marry the daughters of men.

The various historical Jesus explanations for Christian origins are without analogy, are highly improbable, and rely on filling in gaps with “something unknown” or “something we don’t understand”.

How plausible is it, after all, that all of the following somehow come together in a coherent “explanation”:

How plausible is it that

How plausible is it that

A funny thing about the above points is that they are often adhered to on the grounds that “no-one would have made up the Christian narrative. This strikes me as something of a Tertullian defence: “It is absurd, therefore [the first Christians, and] I believe”. This explanation, as far as I am aware, flies in the face of all that we can expect or that we can see recorded of human experience.

How much more plausible is it that END_OF_DOCUMENT_TOKEN_TO_BE_REPLACED