In the previous post we followed the way theologians accommodated themselves to the challenges the natural sciences presented the belief in the infallibility of the Bible. They didn’t find it too difficult. After all, the Bible has very little to say about the structure of the solar system, the age of the earth and biological mutations.

A far more serious threat came from the historians:

When doubts began to be case on the historical statements of the Bible, theologians reacted with great seriousness. (p. 67)

Historical statements are central to the Bible. They are not confined to the opening chapters of Genesis.

Many of these [historical statements] were given great prominence in the Bible, and it was felt that they form the heart of the matter inasmuch as it is in and through the events they report that God principally revealed himself and established his redemptive relationship with the world.

Consequently . . . when the historical statements of the Bible came under fire, theologians reacted with great seriousness, and a great deal of attention was concentrated on them. (p. 67)

Historical studies as we understand them are a very modern development. There have been evolutionary changes in the way history has been approached and I will need to follow up this series with further discussions of the influence of postmodernism in New Testament historiography. For now, however, we need to follow Nineham’s concern that we should understand the character of history in the nineteenth century when it first raised challenges to the Bible.

Nineham does not explain Niebuhr’s contribution but it is important so I include this from Wikipedia:

More than all, perhaps, since his conception of ancient Roman story made laws and manners of more account than shadowy lawgivers, he undesignedly influenced history by popularizing that conception of it which lays stress on institutions, tendencies and social traits to the neglect of individuals.

von Ranke’s aim [was] to uncover the past . . . ‘as it actually happened‘, in distinction, that is, from the embroideries and tacit interpretations of it in the later sources. In historiography as he and his like understood it, there was a high premium on the discovery and identification of the earliest sources and the discounting so far as possible even in them of all elements of elaboration and Tendenz. (p. 68)

(That famous von Rankean phrase wie es eigenltich gewesen here translated “as it actually happened” has been very often tendentiously misinterpreted quite contrary to its evident meaning in the way von Ranke used it; we see this so often as Tim has been pointing out in his posts: New Testament scholars all too regularly appear to rely upon what they hear others say about the concepts they address without any understanding of what their originators meant. Happily in this passage Nineham is focusing instead on von Ranke’s contribution of a discriminating approach to the sources.) END_OF_DOCUMENT_TOKEN_TO_BE_REPLACED

Any recommendations on reading about the philosophy and methods of historical research, written by someone with no connection to Biblical studies?

I did provide that professor with a number of suggestions (the post included major figures in the field of twentieth-century historiography and readings that would lead to others not discussed in detail in that post), and no doubt he will read them as soon as opportunity permits.

The same biblical scholar in the same public comment demonstrated his eagerness to learn how “history” as practiced by historical Jesus scholars is viewed by historians in nonbiblical areas when he wrote:

I don’t know – I asked a colleague in the history department about methods and the “criteria” used in historical Jesus research, and he basically said that history, once you get beyond the groundwork of trying to date sources, is “an art.”

END_OF_DOCUMENT_TOKEN_TO_BE_REPLACED

I place “review” in quotation marks because Associate Professor of Religion of Butler University James McGrath simply avoids addressing Dr Robert Price’s arguments. I used to think McGrath was not very bright, but I have recently come to understand that he is as subtle and smart as a serpent when it comes to those twisting and avoidance manoeuvres whenever confronted with challenges to his most fundamental — and obviously never at any time in his life seriously questioned — assumptions.

I am referring here to Robert Price’s “Jesus at the Vanishing Point”, the first chapter in Beilby’s and Eddy’s The Historical Jesus: Five Views, and McGrath’s “review” of same. (My own earlier comments on Price’s chapter at 5 commandments and at Johnson’s response. A little of what follows assumes some acquaintance with these earlier posts.)

To keep this post within reasonable limits, I address but a few of McGrath’s responses to Price’s chapter.

Before getting into it, I must admit to being surprised by one omission from McGrath’s review. Even though McGrath complains that Price’s chief fault is merely making a case for something that is possible but not probable, and even though McGrath has elsewhere charged mythicists who fall into this “trap” as thinking “just like Creationists”, McGrath strangely fails to publicly accuse Robert Price of being “just like a creationist”. I would not like to think McGrath is somehow being selective in whom he chooses to public insult, or that he allows a person’s academic status to deflect him from making insults he quite liberally casts out to non-academics who make the very same arguments.

I hope to see in future McGrath have the intellectual consistency to publicly accuse Price and Thompson of being like creationists in their mythicist views.

But now on to what McGrath does say in his review: 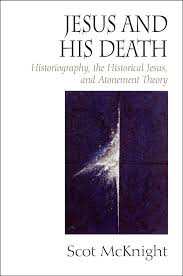