It seems hardly a month passes without somebody on Vridar bringing up Galatians 1:19, in which Paul refers to James as the “brother of the Lord.” Recently I ran a search for the phrase here, and after reading each post, it struck me how much time we’ve spent wondering what it means and so little time asking why it’s there in the first place.

What is the function of “brother of the Lord” in that sentence? Notice we can ask this question without raising the hackles of either the mythicists or historicists. Forget what it might mean. Forget (at least for the moment) who you think wrote it. It could have been Paul. It might have been the very first reader who added it as a marginal note or a scribe at some point along the transmission path. Instead, let’s ask why.

It would appear on the surface, at least, that “brother of the Lord” is a kind of descriptor. In other words, it tells us which James Paul met. Since 1:19 is the first time Paul mentions James in Galatians, perhaps that’s why we see it here. But then why didn’t Paul do the same thing in 1 Corinthians, which he probably wrote in the same year?

One could argue that since he’d already referred to “the twelve” in 1 Cor 15:5, Paul didn’t need to explain which James he meant. In fact, he may have been reciting an early resurrection credo, and as such everyone would already have known who all the characters were — Cephas, the Twelve, the 500 brothers. They needed no introduction, so to speak.

On the other hand, one could argue that in Galatians Paul could only have meant one James. He was, after all, starting an extended tirade against the Jerusalem pillars, and his Galatian audience would surely have known who he meant. He probably told that story all the time — “Then James sends a bunch of his thugs up to Antioch, and old Cephas is like, ‘I’m not eating with those Gentiles. No way!'” END_OF_DOCUMENT_TOKEN_TO_BE_REPLACED

Here are two excerpts from the discussion concerning the question of the Galatians 1:19 reference to James the brother of the Lord. Pages 76 and 77/8. Keep in mind that the author is arguing against mythicism and for the historicity of Jesus. He not only acknowledges the possibility of interpolation, but goes on to explain a possible motive for it. I have marked the argument for interpolation in bold type. END_OF_DOCUMENT_TOKEN_TO_BE_REPLACED

A good reason to accept the theory of evolution is that it predicts what we will find in the fossil record and its predictions have not yet failed. No one has found a rabbit fossil in pre-Cambrian rocks.

If James had been a sibling of Jesus and a leader in the Jerusalem church (along with Peter and John), then we can expect to find certain indicators of this in certain kinds of evidence. If our reasonable expectations (predictions) fail, then we have an obligation to reconsider our earlier conclusions that led to our expectations.

Dr James McGrath demonstrates an unfortunate oversight of this fundamental principle (and also shows a taste for porky pies) when he writes:

It is entertaining to watch mythicists, who claim to be guided by the principle that the epistles are earlier and more reliable, while the later Gospels essentially turned a mythical Christ into a historical figure, jettison that supposed principle whenever it becomes inconvenient. When evidence of a historical Jesus is highlighted in the epistles, they will appeal to Acts, or epistles likely to be later forgeries, in an attempt to avoid the clear meaning of Paul’s reference to James as Jesus’ brother.

Mainstream historical scholarship can be discussed in terms of whether it’s conclusions are justified upon the basis of its methods. Or one can discuss whether the methods themselves are valid. In the case of mythicism, neither is possible, because it has no consistent methods and no conclusions, just foreordained outcomes and the use of any tools selectively that will allow one to reach them.

Firstly, James McGrath knows very well that Earl Doherty at no point based his interpretation of Galatians 1:19 on the evidence of later epistles or Acts. Some readers might even be excused for suspecting McGrath is being a bald-faced friar, so he might like to write a clarification of this comment to dispel any suggestion that he is telling an outright porky about Doherty’s argument. END_OF_DOCUMENT_TOKEN_TO_BE_REPLACED 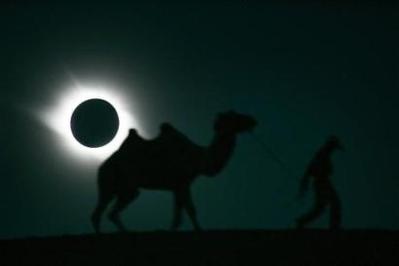 In the next two chapters he argues that New Testament epistles are just as silent with respect to the life of Jesus itself.

This survey will . . . demonstrate that Christian documents outside the Gospels, even at the end of the 1st century and beyond, show no evidence that any traditions about an earthly life and ministry of Jesus were in circulation. Even in regard to Jesus’ death and resurrection, to which many of the documents refer, there is no earthly setting provided for such events. (p. 57)

Doherty also states that while modern critical scholarship has long rejected many elements of the Gospel narrative as unhistorical, he intends to examine all of them — miracles included — to show that the Gospels are unreliable as an historical record and provide no basis for supporting the historicity of Jesus.

In chapter 6 he examines the silence in the epistles concerning the life of Jesus from birth to the Last Supper. I offer my own perspective on a couple of Doherty’s points, the genre of the gospels and characterization in them, and the significance of geographical references. END_OF_DOCUMENT_TOKEN_TO_BE_REPLACED