My recent exchanges with Jerry Coyne and one of his followers eerily reminded me of previous exchanges I have had with a few biblical scholars: Larry Hurtado, Chris Keith, James McGrath, and others, as well as follows of Acharya S / D.M. Murdock.

Then last night I happened to read the following:

The American Family Foundation says the following attributes are characteristic of a cult:

Most of these attributes, as we will see, are characteristic of the cult of New Atheism.

[There are other lists of characteristics. Understandable since “cult” covers a wide range of groups in the common usage of the term. I wonder if some of the less overtly authoritarian types are better described as “tribalism” — but we know what we don’t like when we see it, however we define it, I guess. The above characteristics are closer to what I meant by describing D.M. Murdock /Acharya S’s astrotheology advocates as “cultish”.]

Brown lists a collection of comments that were collected by one of Dawkins’ followers at a book signing. Dawkins tweeted to his followers the list:

“You’ve changed my life and my entire world. I cannot thank you enough.” “I owe you life. I am so grateful. Your books have helped me so much. Thank you.”

“I am unbelievably grateful for all you’ve done for me. You helped me out of delusion.”

“With this kind of incense blown at him, it’s no wonder he is bewildered by criticism,” writes Brown. Like any religious text, Dawkins’ book The God Delusion contains contradictions that are ignored by his followers:

In The God Delusion itself he moves within 15 pages from condemning a pope who had baptized children taken away from Jewish parents to commending Nick Humphrey’s suggestion that the children of creationists be taken away because teaching your children religion is comparable to child abuse. So believers can always find a scripture where he agrees with them, which naturally cancels out the one where he doesn’t.

[Isn’t that what we’ve seen in some of the recent exchanges here over what Coyne and Harris are supposed to have said.] END_OF_DOCUMENT_TOKEN_TO_BE_REPLACED 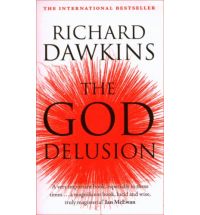 Well I really blew it in the eyes of some readers when I posted on Scott Atran’s response to Sam Harris’s public statements about Islam and its relationship to terrorism. Let’s see if I can learn anything and do better with my presentation of Atran’s response to similar claims by Richard Dawkins.

Maybe if I begin by quoting the following words of Scott Atran I will be off to a better start:

I certainly don’t criticize [Harris and Dawkins] and other scientifically minded new atheists for wanting to rid the world of dogmatically held beliefs that are vapid, barbarous, anachronistic, and wrong. I object to their manner of combat, which is often shrill, scientifically baseless, psychologically uninformed, politically naïve, and counterproductive for goals we share. (Talking to the Enemy, p. 427, my bolded emphasis as throughout)

Now I really have liked and gained so much from Richard Dawkins’ writings. Some of his ideas I have had reservations about, and a few I cannot agree with at all given my other studies and experiences on the topics. But I like his efforts to promote rationality in public discourse. And I especially like his educational works on evolution. For all of that, though it is a hard to accept, the cruel fact is that not many of us are perfect in every way.

Sometimes a prominent public figure speaks about a field that is outside his or her area of expertise. Those who pull this off the most successfully are comedians. The light-heartedness of their grasp of issues pays off. No-one studies their jokes in order to educate themselves about the fundamental realities of how the world really works. (I know, many jokes are “funny because they’re true” but we don’t learn what’s true from them.)

But when a public figure whom I admire in many ways says something publicly, as if it were fact, that I know is contradicted by the publicly available research data itself, and that is even dangerous because it can fan a wider ignorance and lend support to mischief and harmful actions, then it hurts. What’s more, because there are a few areas where I do have more knowledge, being more widely read in the relevant areas, I do feel some sense of responsibility to try to speak up in some way when I hear a prominent person influencing others with misinformation. What I would like to achieve if at all possible is that a few others might for themselves explore the works, the information, the research, that belies many of the claims of Dawkins and Harris about the link between Islam and terrorism.

The first of the “new atheist” publications about religion that I read was Dan Dennett’s Breaking the Spell. It was quite different in approach from Harris’s, Hitchens’ and Dawkins’s contributions, so I was interested to see that Atran likewise does not have the same criticism of Dan Dennett as he has of Harris’s and Dawkins’s books:

Dan Dennett treats the science of religion in a serious way. Dan believes that universal education should include instruction in the history of religion and a survey of contemporary religious beliefs. Once out in the open for everyone to examine, science can better beat religion in open competition. My own guess is that it won’t work out that way, any more than logic winning out over passion or perfume in the competition for a mate. (p. 525)

So I hope no-one thinks I’m “Dawkins bashing”. It is possible to have a high regard for someone yet disagree with them profoundly on particular viewpoints and endeavour to appeal to verifiable facts to make one’s point rather than accusing others of dishonesty.

Here is a passage from Dawkins’ The God Delusion that Atran finds problematic — he actually describes it as “fantasy”. So let’s read Dawkins’ words and then calmly and rationally consider Atran’s disagreement with them:

Suicide bombers do what they do because they really believe what they were taught in their religious schools; that duty to God exceeds all other priorities, and that martyrdom in his service will be rewarded in the gardens of Paradise. And they were taught that lesson not necessarily by extremist fanatics but by decent, gentle, mainstream religious instructors, who lined them up in their madrasahs, sitting in rows, rhythmically nodding their innocent little heads up and down while they learned every word of the holy book like demented parrots. END_OF_DOCUMENT_TOKEN_TO_BE_REPLACED

Richard Dawkins is confronted with all the hard questions and criticisms he has raised with his book The God Delusion in an interview on Al Jazeera — with an otherwise very intelligent interviewer who, it turns out, believes Mohammed flew to heaven on a winged horse!

The questions he faces pull no punches and I personally thought the interviewer had the better of him when it came to citing the evidence for the motivations of suicide bombers. Richard also faces all those other criticisms his book has provoked — is religion a force for good or evil, faith, science, liberal religion, atheism, what is the worst form of child abuse, facing up to the good done in the name of religion, the meaning of life . . . . .

(Unfortunately I cannot embed this video. If anyone can tell me how, do let me know. . . . )

Tim has since embedded the video in the Comments section below.

Last month Richard Dawkins was interviewed on The Science Show as part of the Sydney Writer’s Festival and transcript is now available — also the podcast and streaming audio for a short while longer.

The author of The God Delusion answers questions about his dismissal of God in front of an audience at the Sydney Writers’ Festival. Where does religion come from? Why should children be spared religious labels? Can we have ethical systems without God? And what if evidence was found that God does, indeed exist, would Professor Dawkins chuck a U-turn? This satellite discussion with Richard Dawkins in Oxford is chaired by Robyn Williams in Sydney.

Some issues that come up in the interview: END_OF_DOCUMENT_TOKEN_TO_BE_REPLACED

There is much to commend The God Delusion as a clear presentation of a wide range of reasons for viewing atheism as not only a rational but a wholesome and positive alternative to religion. I will probably address some of these in future posts. (The book is also far by miles from being the rabid polemic against religion that it has been promoted as being in many quarters.)

But there is one area where the book disappointed me — it follows Sam Harris’s End of Faith in simplistically reducing the fundamental cause of Islamic suicide terrorism to the belief that a martyr’s death will translate into heavenly and/or virginal bliss.

At least Dawkins acknowledges that there are other factors pressuring such terrorists to their acts, but he still comes down on this fanciful belief as being the bottom line that enables such actions.

The reason I think it worth addressing this claim is that I believe it has the potential of stoking the flames of intolerance, especially against a large part of non-western humanity, and contributing to western blindness that can only serve to perpetuate the whole problem. END_OF_DOCUMENT_TOKEN_TO_BE_REPLACED

Heard a lecture by Richard Dawkins on God on one of my favourite radio programs — for anyone with an uncompromising rationalist and evolutionary bent like myself it’s a most enjoyable listen and well worth podding. But the pod bit disappears in a few weeks from the site, though the transcript will remain. Check it out here.