This post continues my series on Philippe Wajdenbaum’s doctoral thesis adapted for publication as Argonauts of the Desert: Structural Analysis of the Hebrew Bible. For the previous post see Collapse of the Documentary Hypothesis (1) & Comparing the Bible with Classical Greek Literature. I begin here with my concluding lines from that post:

We will find very accurate parallels [between the Bible and Plato’s political dialogues] that make that hypothesis [that the Bible is based on those and other Greek classical texts] certain. Therefore one must ask why such a comparative study with Plato has not been done before. (p. 28)

Wajdenbaum says the answer is simple:

The Bible could not resist such an analysis [comparing the Bible with classical Greek literature] as it demonstrates how almost every biblical narrative finds accurate parallels with Greek myths. If believers of Jewish and Christian faiths were aware of this, then the Bible could lose its credibility. Biblical scholarship has done all it could to maintain the Bible as a sacred text that is still relevant to modern society, as Hector Avalos argues. (p. 29)

How can such ancient texts continue to hold such an authoritative status for so many today? Wajdenbaum believes that one significant reason is that “the Bible has not yet been the object of a consistent and genuinely scientific analysis.” (p. 30)

Of course there has been a long tradition of scholarly analysis of the Bible, but that’s not necessarily the same thing. In an earlier post in this series I showed how Wajdenbaum argues that biblical criticism has generally been the construction of a variant of the Bible’s myth. Following Claude Lévi-Strauss, he argues that any retelling of a myth is itself a variant of the myth, and in rationalising the Bible’s story and self-witness of divine inspiration scholars have, in fact, only created alternative versions of those myths.

“Symbolic violence is the self-interested capacity to ensure that the arbitrariness of the social order is either ignored, or posited as natural, thereby justifying the legitimacy of existing social structures.” – Wikipedia

But this intellectual domination is not completely passive; it comes from the demands of society. As both Avalos and Bourdieu . . . have put it, the media industry — the press, movies and television — plays an important role in the continuation of either the sacred character of the Bible or symbolic violence. END_OF_DOCUMENT_TOKEN_TO_BE_REPLACED

This post continues with further introductory themes in Dr Philippe Wajdenbaum’s Argonauts of the Desert. The posts are archived here.

How late was the Bible? And who really wrote it?

It has become a truism that the Bible, or let’s be specific and acknowledge we are discussing the Old Testament or Jewish/Hebrew Bible, is a collection of various books composed by multiple authors over many years. All of these authors are said to have “coincidentally” testified to the one and only true God of the Jewish people. The mere fact that multiple authors spanning generations wrote complementary works all directed at the reality of this God working in human affairs is considered proof that we are dealing with a cultural and religious heritage, a common tradition belonging to a single people over time.

A few scholars have challenged that thesis and the most recently published of these is Philippe Wajdenbaum. He writes:

To have a single writer for Genesis-Kings, and possibly for other biblical books, contradicts the idea of the transmission of the divine word, and of a tradition proper to a people. (p. 11)

The idea of a single author does not conflict with the understanding that the sources of the Bible were drawn from archives of Israelite and Judahite kings as well as Mesopotamian and “Canaanite” and other sources. WP claims that the traditional scholarly hypotheses of authorship and origins of the Bible are in fact secular rationalizations of cultural myths about the Bible. But I will discuss this in a future post. END_OF_DOCUMENT_TOKEN_TO_BE_REPLACED

Dr Philippe Wajdenbaum has written the thesis I would have loved to have written and it perhaps could only have been written at this time by an anthropologist — a field I was once advised to enter. How sometimes our lives could have been so different. Wajdenbaum wrote his thesis in social anthropology. It has nothing to say about the Christ myth so applying his words to this topic is entirely my own doing. The thesis is radical enough, however, since it applies Claude Lévi-Strauss’s structural analysis of myths to the Old Testament narratives and shows their indebtedness to classical Hellenistic literature.

My skills as a social anthropologist then reside in my ability to describe the biblical phenomenon as a whole, not only in finding the literary sources of its theological and political project (the political dialogues of Plato) and in describing how these sources were adapted in the Bible itself, at the centre of the analysis, but also in analysing the conditions of its perpetuation. (p. 9)

Specifically, Dr Wajdenbaum’s conclusion is this:

The Bible is a Hebrew narrtive tainted with theological and political philosophy and inspired by the writings of Plato, one that is embellished with Greek myths and adapted to the characters and locations of the Near East. (p. 4)

This is crazy, most would surely say:

I understand fully how the present work may seem a priori simplistic. Every day of the four years that this research has lasted I have encountered reactions of doubt, hostility and resentment, but also (and fortunately) of benevolent curiosity. . . . I wish to express in this introduction how I was personally struck, even mortified by these discoveries, not so much because it damages a belief that I do not have, but because of the simplicity of the solution. The thesis is not childish in its simplicity for it is based on the complexity of the biblical text and its many sources. Still, my astonishment that a complete and neutral comparative study of the Bible with Plato had not been done before never decreased. All of this — reactions of hostility to the thesis and its absence during two millennia are objects of analysis for the anthropologist.

Implications for Christianity, too: END_OF_DOCUMENT_TOKEN_TO_BE_REPLACED

6th August: expanded “the trial” comparison into “The face to face confrontation of secular and religious leaders“

Comparing other rabbinic midrash with the Gospels

In my previous post I covered Galit Hasan-Rokem’s comparisons of some early Christian and rabbinic midrash. In this post I comment on Hasan-Rokem’s discussions of other tales in the midrash of Lamentations Rabbah and draw my own comparisons with the Gospels.

The second rabbinic story of a Messiah discussed by Hasan-Rokem is one about the death of “King Messiah” Bar Kochba. Here the messiah is the villain. (Rabbinic sources subsequently referred to him as Bar Kozeba, Son of Lies.) I think there are a number of interesting plot and motif similarities here, just as there are between the messiah birth narratives of the Christian and rabbinic literature and that were detailed in the previous post. But what makes the overlaps interesting is considering an explanation for them through the constructs of anthropologist Claude Levi-Strauss. If this turns out to be an invalid process, invalidly applied, fair enough. But let’s see what it might possibly suggest till then.

The midrashic tale is found in full (and re-edited) in the last half of the post titled Birth and Death of the Messiah: Two Jewish Midrash Tales (and have since copied it again at the end of this post, too.)

First, the common elements. I can see about 20. Some are more “distinctly defining” attributes that signal a common idea than others: #10 and #17 are surely tell-tale (DNA-linking) ones. END_OF_DOCUMENT_TOKEN_TO_BE_REPLACED 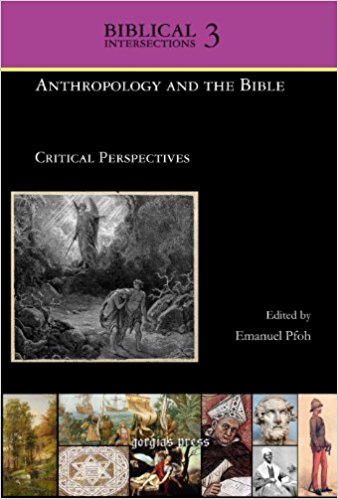 If we embrace Lévi-Strauss’s view of myths, then the myths of early Christianity can only be understood and explained as mutations of similar myths in other cultures, and also in earlier Jewish culture. They are not unique. Their constitutional ties with other myths are integral to understanding them. END_OF_DOCUMENT_TOKEN_TO_BE_REPLACED

My recent post drew attention to the following mythemes in common to both the Phrixus and Isaac sacrifice stories. I’m not sure if my delineation of them is guilty of slightly blurring the edges of a strict definition of a mytheme, but they are certainly common elements. END_OF_DOCUMENT_TOKEN_TO_BE_REPLACED

When I wrote a series of posts on resonances between the Argonautica by Apollonius of Rhodes and several features of Old Testament narratives, I confessed I did not know how to understand or interpret the data. But someone else does. Philippe Wajdenbaum in 2008 defended his anthropology doctoral thesis, “Argonauts of the Desert: Structural Analysis of the Hebrew Bible.” He applies the structural analysis of myths as developed by Claude Lévi-Strauss to the Bible, something Lévi-Strauss himself never got around to doing, although he did eventually encourage biblical scholars to do so. This post looks at one detail of a detail-rich article in the 2010 Scandinavian Journal of the Old Testament (Vol. 24, No. 1, 129-142), “Is the Bible a Platonic Book?” (After a few more posts on this my next project will be to see if the same type of analysis can be used to suggest origins of the Gospel myths.)

Lévi-Strauss and structural analysis of myths

For Lévi-Strauss, a version of a myth is always derived from an existing adaptation, originating most of the time from a different culture and language. A myth must always be analysed in comparison to its variants within the same cultural area where contacts between populations are proven. (p. 131) END_OF_DOCUMENT_TOKEN_TO_BE_REPLACED