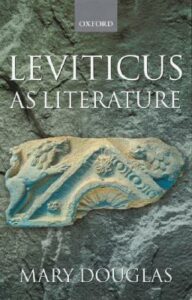 Books — in both the physical and intellectual sense — began to appear in the Hellenistic era, explains KG:

Yet the process of gathering and organizing Greek literature, of editing it into divisions or ‘books’ that were coextensive with papyrus scrolls, did not begin in earnest until the first half of the third century. At that time the Ptolemaic monarchs in Alexandria set out to acquire all literary texts in their manifold variations and commissioned leading textual scholars to establish authoritative editions. Earlier Greek poetry was ordered in accordance with whatever principles seemed appropriate (e.g., by occasion of performance, meter, or alphabetically) and then divided into books on scrolls that were numbered sequentially. As a result, the Greeks became accustomed, in the course of the third century, to think of a book in an intellectual sense, not just as a physical entity. From the second century, for instance, there are papyri containing two ‘books’ of Homer on a single roll; they are conceived separately as books in the thematic sense but are bound together physically for ease of transmission. (p. 37)

Ring composition’s disappearance from the book 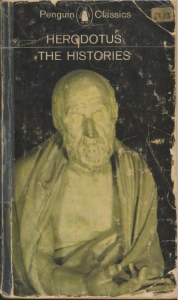 Ring composition, as we have seen, is by far much older than “books”. Recall that KG suggested Herodotus was a transitional figure and this literary structure is another indicator of that status. Herodotus followed the tradition of the poets by utilizing the traditional ring structure for smaller narrative units:

In the epic compositions of Homer and Hesiod, relatively small narrative units are commonly organized in a ring, while larger structures, like the Iliad as a whole, have also been analyzed on the same pattern. As a basic method of organizing thought throughout the archaic period (and before as well, one assumes), ring composition apparently helped the oral composer remember and structure narrative units and helped the audience to comprehend them in a performance setting. This form of compositional structure continues to be a dominant mode of organizing discourse down through the time of Herodotus, who often forms his larger narrative units in rings with the moral lesson at the center, or pivotal point. In narrating the fall of Lydia in Book 1, for instance, he places Croesus’ misinterpretation of Apollo’s oracles—the king’s all too human mistake—at the turning point of his ring (1.46-56).

But then came the “intellectual paradigm shift” for which the Greeks are famous.

In the latter years of the fifth century, ring composition came to be replaced with other forms of organization we tend to associate with rational or logical thinking, such as linear, chronological narrative or arrangement by type and subtype. The demise of ring composition was connected with the intellectual paradigm shift that took place under the influence of sophistic and Socratic thinkers, who replaced traditional modes of thought with an emphasis on definition and rational argument. (p. 38) 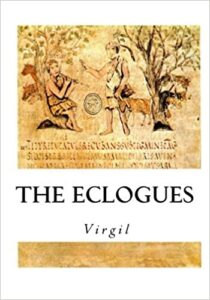 Enter Thucydides’ strictly chronological account and Aristotle’s topic-methodical prose. Ring compositions do make a come-back but as “artistically contrived poetry” such as in Virgil’s Eclogues. The point appears to have been to self-consciously imitate the most archaic styles. There is a giveaway in the remaining manuscripts that lead us to this conclusion, that the use of ring composition was an imitation of a style no longer part of the literary ethos of the day:

[T]his … disappearance of ring composition as a dominant manner of thought … accounts for the absence of any discussion of it in the rhetorical and literary critical treatises of the Hellenistic and Roman periods. (p. 39)

How all of this helps with dating Leviticus

So we have a book, Leviticus. (It has always been referred to as one of the five books of the Torah, using the Greek biblos for book and the Rolf Rendtorff demonstrated that it is indeed an “intellectual” book and not only a “physical” one. Yet it clearly is structured with an archaic technique of rings. Here is Kathryn Gutzwiller’s conclusion:

How does this correspondence [book + ring structure] help us with dating the text as we now have it and with understanding the circumstances of its creation? Although cultural parallels are inexact and somewhat perilous, I would argue it very unlikely that in matters of literary composition the ancient Hebrews were more advanced than their Greek neighbors. If Herodotus’ Histories is taken as an appropriate parallel, it may be assumed that Leviticus became a fixed text at a time when traditional methods of composition were being incorporated into texts that were designed to be preserved in written form. In Greece this process dates to the fifth century, so that Douglas’s dating of Leviticus to the postexilic period seems the earliest possible date. Since techniques of oral composition, including ring structures, have been identified even in books of the New Testament, there remains a very real possibility that Leviticus was given final form, especially in its relationship with other books of the Pentateuch, at a somewhat later date. (p. 39)

Rendtorff, Rolf. “Is It Possible to Read Leviticus as a Separate Book?” In Reading Leviticus: Responses to Mary Douglas, edited by John F. A. Sawyer, 22–35. A&C Black, 1996.