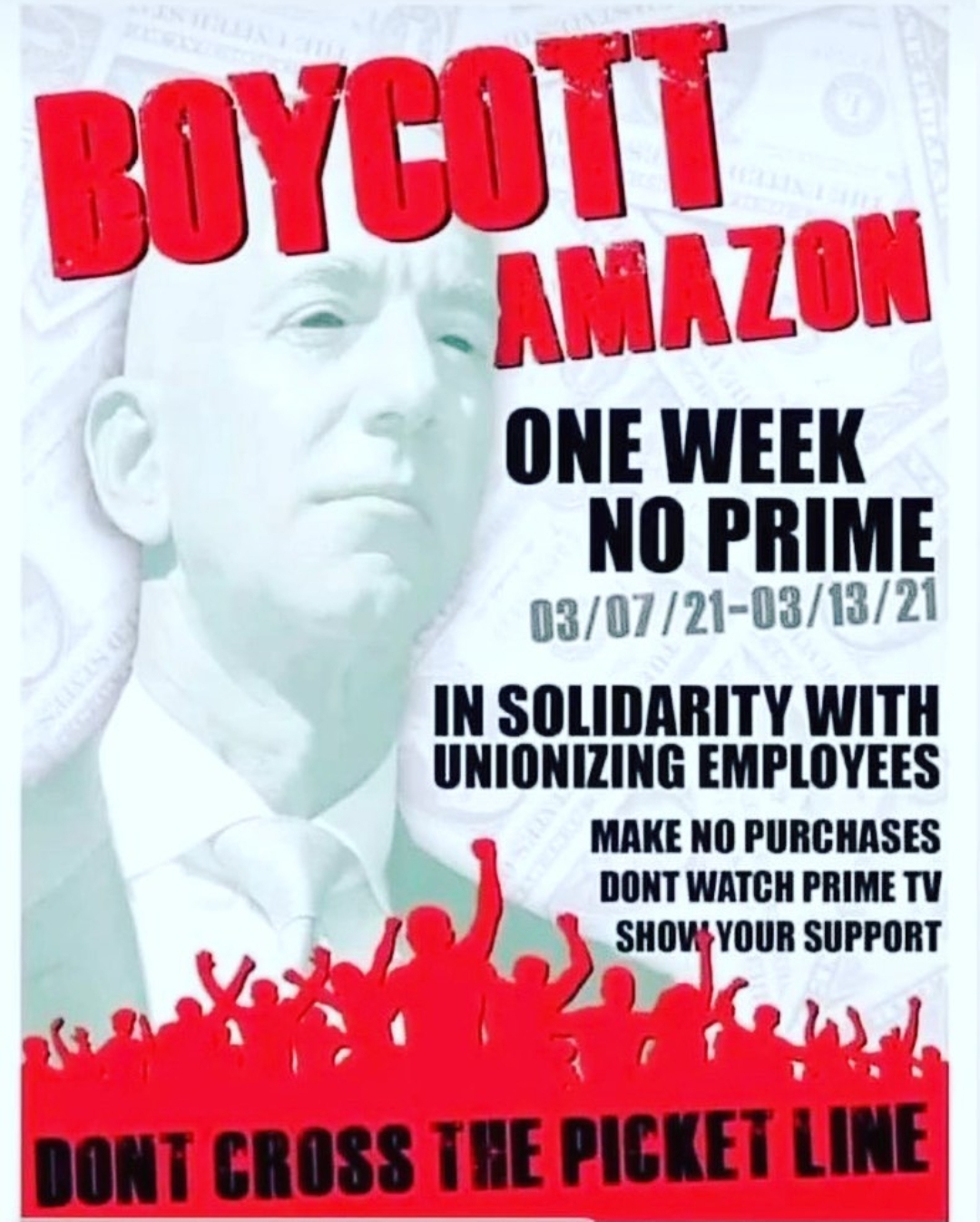 Amazon is even working with local officials to change the time that lights outside the warehouse stay red so that organizers can’t speak to the workers while they wait at red lights.

To support Amazon workers and let the company know that we do not approve of their union-busting tactics, a one-week boycott of the company has been planned. From Sunday, March 7th to Saturday, March 13th, everyone is being asked to not use Amazon or Amazon Prime and do not stream videos using the Amazon Prime video service.

Interestingly, from Yanis Varoufakis’s novel of an alternative to capitalism, Another Now ….

The Bladerunners organized mass consumer strikes, targeting one big tech company at a time. Their first successful mobilization was aimed at Amazon. Akwesi issued a global call to boycott Amazon for a day in support of doubling hourly pay in its warehouses around the world. That Day of Inaction, as the Bladerunners called it, caused less than a 10 per cent drop in Amazon’s usual revenues. But that was enough for Amazon immediately to concede a 50 per cent pay rise. Encouraged by their success, the Bladerunners embarked on many more campaigns of widening scope.

Personally I have no struggle boycotting Amazon. I have been doing so for quite some time now. There are even cheaper alternatives when it comes to books: bookfinder.com, archive.org, Scribd, bookzz.org, and of course interlibrary loans. Also pdfdrive.com, en.booksee.org