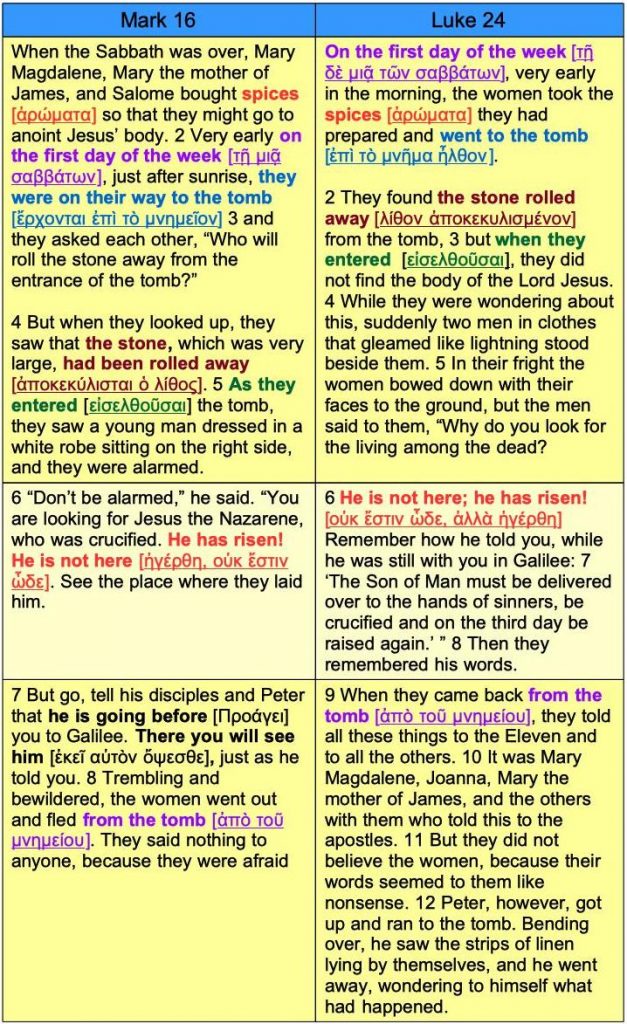 What about the famous Emmaus Road encounter in Luke? Recall how Jesus appeared, unrecognized, alongside two disciples on the road, was invited in but disappeared before their eyes as soon as he broke bread.

That brings us to that highlighted section in Mark 16:7 … Jesus is promised to go before his disciples on the way back to Galilee . . . . END_OF_DOCUMENT_TOKEN_TO_BE_REPLACED