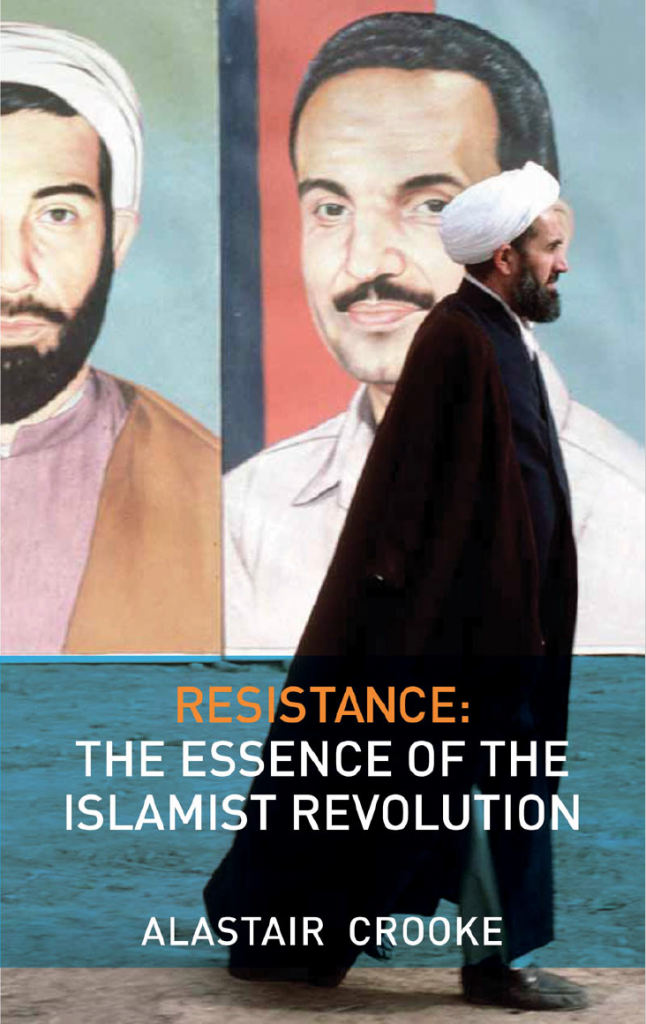 What the Hamas leaders are stating is that while the West repeatedly honours the Jewish narrative of injustice, it feels no parallel need to recognise or acknowledge the Palestinian narrative of injustice that Palestinians feel in respect to the events of 1948, when villages and houses were destroyed, many were killed and thousands fled to refugee camps beyond Palestine’s borders.

Hamas refuses recognition of Israel and persists with resistance in order to demand that recognition of this Palestinian narrative, first, should be made unequivocally; and, second, that it should take the form of an affirmation of Palestinian rights to a state on the basis of Israeli withdrawal from all Palestinian lands conquered in 1967.

To Hamas, the international demand on them for a prior recognition of an Israeli right, before Palestinian rights are recognised, seems to require from them to concede the right of a superior Jewish title to their land, while disdaining their rights as a secondary consideration to securing the Palestinian recognition of Israel.

25. A point made more recently by the British Parliament’s International Development Committee report in January 2007 which noted that:

while severe pressure has been placed on the Hamas-led PA to change its policies and accept Quartet principles, no comparable initiative has been taken with the Government of Israel to encourage it to put into practice agreements it has signed up to or to end clearly identified practices which are causing poverty and suffering in Gaza. (Development Assistance and the Occupied Palestinian Territories, Fourth Report of Session 2006–07, 24 January 2007, p. 28; URL [consulted November 2008]: http:// www.parliament.the-stationery-office.co.uk/pa/cm200607/ cmselect/cmintdev/114/114i.pdf)

Hamas has forcefully pointed out that the USA’s insistence on recognition of Israel has never been a condition for any previous dialogue.25 The US and its allies maintained relations with President Abdul Nasser, President Hafez al-Assad, King Fahd Ibn Abdul Aziz and King Hussein, at a time when Egypt, Syria, Saudi Arabia, Jordan and Iran not only refused to speak with Israeli leaders, but vowed to destroy Israel.

Hamas’ act of refusal therefore is not, as it is often labelled, the action of a ‘spoiler’, whose wrong-headedness over failing to utter ‘the three words’ is otherwise inexplicable. Continued resistance is intended to change the terms of debate, to shift from one party’s self-assumed ‘right’ to occupy others’ lands, to that of a negotiation based on the starting point that both parties have ‘rights’ and both have suffered from injustice. Only from this more balanced starting point can a solution flow.

Hamas leaders believe that a statement of Palestinian rights is more likely to facilitate a political process than undermine it. In other words, resistance is not about refusing dialogue but is a tool to change the parameters of dialogue and thereby make genuine value-modification and discussion between the parties possible. When Khaled Mesha’al said that resistance facilitates a solution by helping to create a balance, he was describing this paradigm shift:

26. That is, before Israel took the West Bank and Gaza Strip in the Six-Day War

Respect. We keep hearing that word.

Resistance for Hamas therefore is both an expression of deep seated human emotions and Islamist principles of justice. At a human level, resistance offers those whose lands have been occupied a route to self-respect and esteem by becoming what Fanon called ‘actional’ – by which he means resistance to the established order, the capacity to say ‘no’, to refuse to adjust or adapt to the pressure to acquiesce.

At the level of justice, Islamists view these human values as standing above politics. Hamas therefore does see a solution with Israel in different terms from those of Fateh. They do not share Fateh’s optimism that Palestinian weakness in contrast to Israel’s strength can be counterbalanced by co-opting the international community to weigh in on the Palestinian side.

Hamas believes that only by getting the principles right, by insisting on the meaning and significance of concepts such as freedom, justice and welfare, which in the current western usage, in their view, have little reality or moral value, can a real dialogue take place. And if we want to understand and put meaning to these words, they have to be addressed from a footing of respect. Respect is therefore crucial to facilitating any successful outcome, and if there is no other alternative, then respect has to come from resistance.

In short, Hamas believes that a negotiation that centres on ethical issues such as rights and justice for Palestinians cannot be successfully concluded with Israeli negotiators who take force and power to be the dominant factors. Peace and justice can only be axioms to someone who recognises them as being definite and ultimate. Until this comes about, no dialogue will be successful, Hamas suggests.

So it’s not about “driving all the Jews into the sea” after all?

3 thoughts on “Understanding Why Hamas Refuses to Recognize Israel”