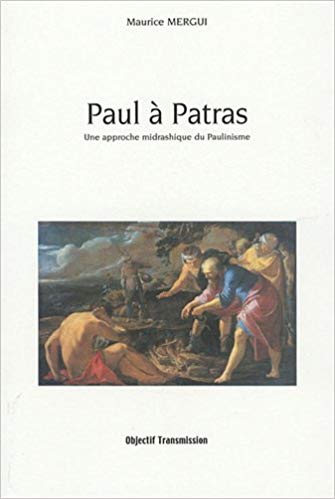 Where did that biographical detail originate? It is not in Paul’s letters: if in doubt see Paul the persecutor? and Paul the Persecutor: The Case for Interpolation.

The Book of Acts is written to tell several stories, one of which is the gradual replacement of the Jews by the gentiles as God’s people.

The author’s use of Saul as the precursor or first-life of Paul was chosen to advance this theme of Jews being gradually replaced by the gentiles.

Saul represented the first glory of the Jews, a majestic king and conqueror. But he failed to listen to God’s message through his prophet, Samuel, so was replaced by David. Before that replacement took effect Saul became a persecutor of David, and even killed the priests of Nob, both men and women (I Samuel 22).

Paul the persecutor as per Acts 8 was worked up from the life of Saul.

Why did Paul need letters from the High Priest to authorize his persecution of the new faith?

Recall those posts on NC’s chapters about how the Hebrew Scriptures were written and interpreted. One of them spoke of the importance of gematria, the numerical significance of Hebrew words. Words with the same numerical values of the consonants were interpreted in light of one another, drawing out esoteric meanings through their linkages, and so forth.

Well, the word for “letters” in Hebrew has a numerical value of 52, which happens to be the same value as the word for “anoint” (or “messiah”). (There are actually two numerical systems, so stay calm if you find out that the most common numbers found on the internet don’t support the total of 52.)

So the idea is that while Saul of the OT was given authority as king by his anointing by God’s prophet, the Saul of the NT was given authority by letters from the High Priest, both the former and latter Sauls were authorized by “52” — same thing, same anointing or authorization. (Like “42” being meaning of life for those old enough to know about the Hitchhikers Guide to the Galaxy.)

I know many readers are thinking that one swallow [=52] does not make a summer [=52] but that’s why I said I am presenting here just a morsel, not a full argument. From what I’ve glimpsed so far it seems there are a lot of coincidental numerical equivalences or valences (the term used). The more coincidences there turn out to be I guess we will be able to draw one of two conclusions: the coincidences are remarkable enough to be indisputable evidence of deliberate planning; or, the coincidences match any number of other meaningless coincidences are so are quite meaningless themselves. (Btw, don’t get sidetracked with the 52 equivalences for swallow and summer. That was just a rhetorical flourish of mine. I’d be stupefied if those words really did = 52.)

So a Saul persecutes the godly, both “men and women”, in both the OT and the NT. (Nob, the place where the first Saul killed the priests and families, also = 52.)

But then Jesus suddenly appears to the second Saul. Now recall that Saul was pronounced like shawl and that pronunciation is very like sheol, the Hebrew for “hell” or hades.

Jesus descended to sheol, Saul. Another little word game of the author who was drawing on his knowledge of Hebrew to create a story for Greek readers. Saul fell to the ground, just as did the first Saul when confronted by spirit of God in the prophets. He was blinded,

Mergui has much more to say about the raw materials for Saul’s/Paul’s life being found in the Hebrew Scriptures but that’s all I can or wish to present at this stage.

The assumption is that the authors of the gospels (and Acts) knew their Hebrew scriptures well even though they quoted the Greek versions for their Greek readers — or perhaps the point is that later authors translated or rewrote the first gospels and made use of the Septuagint in the process. But as for Paul in Acts, I have yet to learn what views are out there in this line of argument.

Just a glimmer at this stage. Let’s see where further exploration and, as we can, testing, will lead us.

9 thoughts on “Paul as a Midrashic Creation”