This title caught my eye: 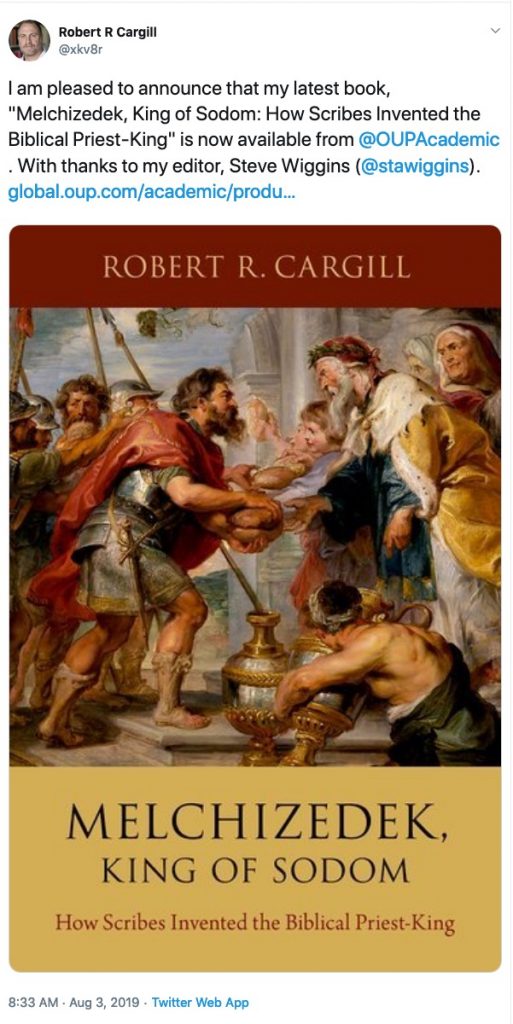 A quick bit of googling brought me up to speed on the general idea. From Melchizedek king of Sodom in Genesis 14? by Matt Colvin:

Now, I am not a higher critic, but I have read the collected works of David Daube, and I have learned that where there are difficulties and ugly seams in a narrative, it is worth digging to see if there is an elegant solution to the problems. I think the following facts require consideration:

3. Why would the king of Salem give Abraham a blessing? The king of Sodom, on the other hand, has just been defeated and plundered by Chedorlaomer and company, so he would naturally be thankful and full of good feelings for Abraham, who has just defeated Chedorlaomer et al. in turn.

4. Further, no sooner has Melchizedek blessed Abraham than the king of Sodom resumes conversation with Abraham as though they had never been interrupted! Such convolutions fly in the face of everything that Robert Alter has taught us about the economy of reported speech in The Art of Biblical Narrative.. And the king of Salem vanishes, never to be mentioned again until Psalm 110:4 (and again in Hebrews 6-7). Abraham and the king of Sodom act like the king of Salem had never been there. They act, that is, as if they are the only two parties present or active.

All these considerations are very old. They have exercised the Rabbis, who give creative solutions.

5. Verse 20 says that “he gave him a tithe of all.” The author of Hebrews of course takes this to mean that Abraham tithed to Melchizedek. But the verb would most naturally taken with the same subject as the previous verbs, which were “And he blessed him and he said…” Furthermore, why would Abraham give tithes to an unknown king?

1. No interruption of the narrated meeting, but rather, further information given about it: the single king (of Sodom/Salem) is given a name so that we can know who he is before he exchanges words (and would-be gifts) with Abraham.

3. A much better unity to the passage. The discussion of whether Abraham should take the goods and give the king of Sodom the persons follows very naturally on the information that the king gave him a tithe. Recognizing his indebtedness to Abraham, he attempts to pay him with a tenth of all he has, but requests the favor of keeping the persons. Abraham refuses to take anything, just as will also insist on paying for the cave of Machpelah instead of accepting it as a gift from Ephron the Hittite in Genesis 23. He will have no debt-friendships with peoples of the land at all.

4. The word Salem (שלם) is somewhat similar to Sodom (סדם), so that it is just possible that “Salem” is a corruption of “Sodom”. But it may be possible to come up with other explanations for the substitution of the city name Salem for Sodom in verse 18. For instance, Wikipedia notes that W. F. Albright reads “melek-shelomo” = ”a king of his peace”, sc. ”a king allied to him”. It adds, “if the Albright reading is accepted, this would then imply that the whole interchange was with the King of Sodom.” This seems to me a highly desirable conclusion from a narratological viewpoint. (The estimable Jesuit scholar of Aramaic, Joseph Fitzmyer, mentioned Albright’s suggestion here.)

I don’t know if Robert Cargill’s book contains a similar argument but would not be surprised at some overlap. 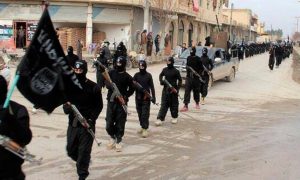