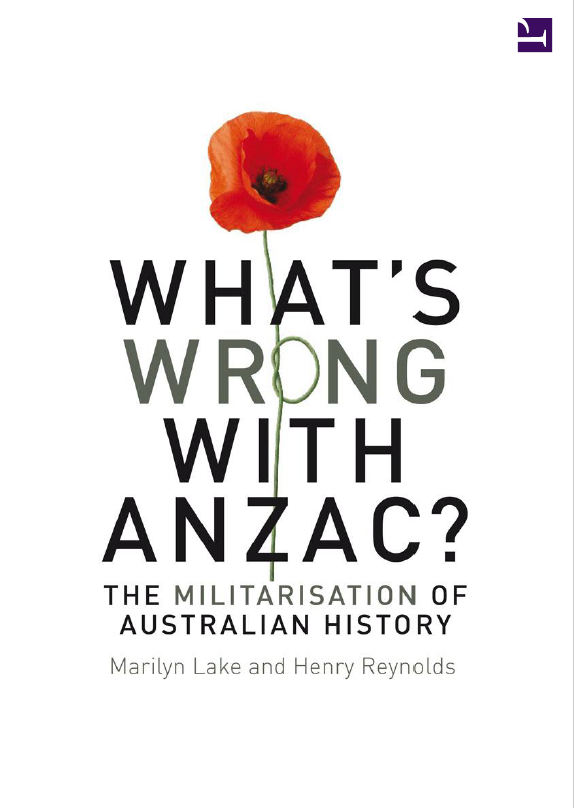 Lake and Reynold’s book was published in 2010. I wish it weren’t as relevant today, or even moreso, as it was then.

Like the many Australians who are concerned with the homage paid to the Anzac spirit and associated militarisation of our history, we are concerned about the ways in which history is used to define our national heritage and national values. We suggest that Australians might look to alternative national traditions that gave pride of place to equality of opportunity and the pursuit of social justice: the idea of a living wage and sexual and racial equality. In the myth of Anzac, military achievements are exalted above civilian ones; events overseas are given priority over Australian developments; slow and patient nation-building is eclipsed by the bloody drama of battle; action is exalted above contemplation. The key premise of the Anzac legend is that nations and men are made in war. It is an idea that had currency a hundred years ago. Is it not now time for Australia to cast it aside?