Sleepy me forgot to include the main thought that led to the argument of the previous post. Reflecting on Hägg’s point about the Life of Aesop being produced at a time when interest in Aesop was the fashion of the day, the question I was asking myself was:

Now that’s less subtle than an argument based on Paul’s influence on the Gospel of Mark.

Ignatius is among the earliest witnesses to an interest in biographical details of Jesus with his specifications of Mary’s pregnancy and Pilate’s role in the crucifixion. Though Ignatius’s martyrdom (and letter writing date) is said by Eusebius to be in the tenth year of Trajan (108 CE), we have reasons to think that the letters may really have been composed considerably later. As Roger Parvus writes:

Eusebius, in the fourth century, was the first to claim that the letters were written in the reign of Trajan (98 – 117 CE). A number of scholars have recognized that his dating is untrustworthy, and that the letters should be dated later. To give some recent examples:

Justin Martyr of the mid-second century, discussed in the previous post, is also the earliest of the Church Fathers to show a detailed interest in writing about events in the earthly life of Jesus. Most of his discussion is an attempt to prove that the Old Testament writings were prophesying cryptically about Jesus. Again, see the table I have posted on vridar.info.

Interestingly the literary focus on the life of Jesus first appears to gain wider traction around the same time as the interest in and heated controversy over Paul.

Sure we can date the gospels to the last decades of the first century, but by doing so we have to wait some decades (and Justin does not even appear to know any of the gospels in their final canonical form) before we find anyone appearing to take any notice of their contents or sharing their interest in Jesus’ life.

Justin is said to be the first witness to the existence of the gospels but we need to keep in mind that Justin also said that fire (presumably a spiritual fire) engulfed the Jordan when Jesus was baptized, that the infant Jesus was found in a cave, that Pilate conspired with the Jews to crucify Jesus, and indicates that he had no concept of any Judas character or betrayal of Jesus by a disciple.

Is it not interesting that “the church”, or at least the “proto-orthodox” side of Christianity, first appears to take an interest in writings about the earthly life of Jesus at the same time as heated arguments over the teachings of Paul?

The two interests, the teachings of Paul and the earthly life of Jesus, first appear in the wider record around the same time.

Justin, as we saw in the previous post, is certainly one of the more hostile of the “fathers” towards Paul and he it is who is the first to show a strong interest, most unlike Paul, in interpreting the Old Testament as a string of prophecies about the earthly Jesus.

I don’t think the Gospel of Mark was originally written as a literal testimony to the pre-crucifixion life of Jesus, though. The narrative is far too patently (in my view) symbolic to think that it was written with a mind to be read literally. The author does not attempt to proof-text his narrative in the same way the author of the Gospel of Matthew did by saying “Jesus did or said such and such so that the scripture might be fulfilled.” (The only exception in English translations of Mark is in fact a gloss.) The Gospel of Mark was actually first associated with heretics (as was Paul) — with the followers of Basilides — though I suspect that Basilides’ followers knew of a kind of ur-Mark, not the form of the gospel we have today in our orthodox canons.

It is the Gospel of Matthew who is closest to the sort of narrative of Jesus that so engrossed Justin. Another point I find interesting is that the Gospel of Matthew, with its anti-Paul message and its focus on Jesus fulfilling passages in the OT, that was the most influential gospel in the second century while the Gospel of Mark was scarcely noticed among the proto-orthodox.

The point is that the mainstream view holds that the gospels were written between 70 and 90 and then forgotten or largely ignored until the mid second century.

Why not prefer to date them to a time when we find there was a more general interest in the sorts of things they write about? 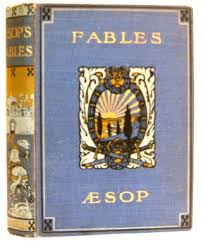 Is it possible that our canonical gospels, even the apparently pioneering Gospel of Mark, were really composed well into the second century? The possibility has been argued by a few and I don’t discount it. I often find myself suspecting it is true although very often for the sake of argument I will assume that at least the Gospel of Mark was written relatively soon after the fall of Jerusalem in 70 CE. There are reasonable arguments in favour of a first-century date, after all, but it is also undeniable that an early date for Mark “just happens” to favour orthodox Christian beliefs and traditional models for the sources and general reliability of the Gospels. It does not hurt to keep in mind the fundamentals for dating any text (see Scientific and Unscientific Dating of the Gospels) and that we ought always to start first with where we have the most secure evidence for the existence of a work, not from where we have the least.

Although it has become a standing procedure in the study of the [Bible’s books] to begin where we know the least and to end at the point where we have safe information in order to explain what is certain by reasons uncertain and from an unknown past, it is obvious to almost everybody else that this procedure has no claim to be called scientific. We should rather and as a matter of course start where we are best informed. Only from this vantage should we try to penetrate into the unknown past. (Lemche, N. P. (2001) “The Old Testament — A Hellenistic Book?” in Lester L. Grabbe (ed) Did Moses Speak Attic? Sheffield Academic Press, Sheffield. p. 294)

The earliest evidence that anyone knew of passages that appear in our canonical gospels are the writings of Justin Martyr from around 140 to 150 CE. I have posted a table cross-referencing Justin’s writings with Gospel content at http://vridar.info/xorigins/justinnarr.htm. (The table needs updating because I’ve since found a few mistakes in it, but overall it is useful for getting a general idea.)

Now it “just so happens” that Justin was writing at a time when there was a strong interest in the life and writings of the apostle Paul although you would not know it if you read only Justin. Paul is conspicuous in Justin’s works by his complete absence. Presumably the reason for Justin’s silence (despite the evidence we have for volcanic debates erupting over Paul all around him) is his refusal to acknowledge the apostle who was reputed to be the pillar of “the heretics”.

This interest in Paul is the point of this post’s argument for dating the gospels as I’ll explain.

But before I do, note the evidence for this strong interest in Paul in the second century. It was at this time that a canonical collection of Paul’s letters first appears. Since it happened to be the “heretical” Marcionites who produced this canon the “proto-orthodox” writers took hold of the same writings and accused their opponents of editing out the bits they did not like. And so the battle raged over what, exactly, the original texts of Paul’s letters looked like. Before the second century we have no record of any interest being shown in Paul’s letters.

It was also in the second century that we find stories being written about Paul and his career as an apostle. One of these is our New Testament book of Acts. There was another “Acts” of Paul that took a very different view of him and his message, “The Acts of Paul and Thecla”, which apparently proved to be very popular despite being condemned by Tertullian.

Moreover, we have Pastoral epistles falsely claiming to be by the apostle Paul — 1 and 2 Timothy and Titus — also being produced in this era. And there is 2 Peter with its concluding reference to widespread controversy over Paul’s letters likewise being written (or forged under Peter’s name) in the second century.

Some readers have no doubt jumped ahead and know where I am headed with how this point relates to the date of the gospels.

If the Gospel of Mark was influenced by the letters of Paul, then it is reasonable to date it to a time when there was clearly known to be strong evidence for an interest in Paul’s letters.

And not a few scholars have argued for the Gospel of Mark’s indebtedness to Paul. We have over 300 pages of debate in Mark and Paul, Comparative Essays Part II. For and Against Pauline Influence on Mark. Many of us know about Tom Dykstra’s Mark, Canonizer of Paul. There is also Alan Cadwallader’s The Struggle for Paul in the Context of Empire: Mark as a Deutero-Pauline Text and many more likeminded publications.

I was reminded of all of the above as I completed reading a discussion by Tomas Hägg in The Art of Biography in Antiquity about the Life of Aesop (by Anonymous) composed probably in the first century CE. Addressing the time the Life appeared and the context of its emergence, Hägg writes

The biographical interest, in turn, is no doubt a result of the renewed actuality of the ‘Aesopic’ fables in the first two centuries of the Roman Empire. This is the time when Phaedrus, a slave of Thacian origin who became a freedman of Emperor Augustus, wrote his well-known fables in Latin iambic verse . . . ; when Babrius, . . . ‘a hellenized Italian living in Syria, or somewhere near by in Asia Minor’, published his two books of Mythiambi, versified Aesopic fables in Greek; and when Plutarch, who in his works often refers to Aesopic fables, invites the fabulist himself to take part, as an outsider, in his Banquet of the Seven Sages to debate with Solon and others. The author of the Life [of Aesop] was evidently part of this vogue and set out to answer the question of who the legendary first inventor of the popular prose genre really was. . . . . (Hägg, p. 127. My highlighting)

So can we likewise say that the author of the Gospel of Mark was evidently part of this vogue of interest in Paul, a second century development?

We saw a very similar argument expressed by Lemche concerning the date of the Old Testament writings:

How Does One Date the Old Testament Writings?