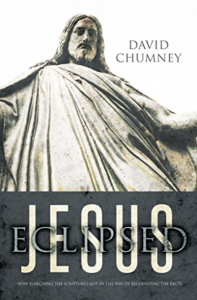 But if that is what inspired the disciples to find meaning in Psalm 22:18 we run into a problem.

The entire argument on the significance of the scriptural allusions in the passion narratives from Strauss to Crossan and beyond is that such details are fabricated. They did not really happen. They are “prophecy historizied”.

We could go through the specific details of Jesus’ suffering and death and their scriptural allusions making the same point for each one.

The scholarly explanation for the scriptural allusions within the passion narrative (that the disciples found such scriptures provided meaning for their experience of losing Jesus) only makes sense if they believed beforehand that those little details really did happen to Jesus. He really was silent before Pilate; he really was struck and mocked and spat upon and commanded to prophecy; he really did cry out in hopeless despair at the end just as the first verse of the twenty-second psalm suggested.

The scriptural passages, I suggest, could not have given comfort or provided meaning otherwise.

No, I suspect there that the traditional scholarly explanation is missing something. Such verses were not seized and developed by the disciples of Jesus looking for some sort of meaning to explain the death of Jesus. At least not at first. That was not the origin of their application to the passion narrative.

The reason I think that is because we can see a trajectory of development across the gospels.

“Mark 15:28 Here the verse is derived from Luke 22:37, converting the prediction Jesus made there into a theological comment by recounting its fulfillment.

“The external attestation for omission is clearly superior. The presence of the verse in the Byzantine text explains why it (like the others) is in the text printed by Erasmus and in subsequent editions of the Greek text, and conse­quently in the versions made in the centuries following.”(Aland, K and Aland, B. 1987. The Text of the New Testament, Grand Rapids, Eerdmans, p. 302)

In the Gospel of Mark we have no explicit statements saying that such and such happened “in order to fulfill” a prophecy. (The sole exception, Mark 15:28, is an interpolation.) The author of this gospel clearly drew upon the Jewish scriptures and wove his narrative around them, but he did not say why he did this. Only the authors of the later gospels (who find much wrong with Mark and accordingly change it in so many ways) draw attention to the prophetic fulfillments. The first gospel to be written did not point out to readers that the details around the death of Jesus fulfilled scriptures; it simply created a story out of those scriptures.

So there is no prima facie reason for thinking that our author of the Gospel of Mark was trying to tell anyone that detailed historical events associated with Jesus’ crucifixion fufilled prophecy. That effort only came later and it began with the later evangelists, not the disciples of Jesus. 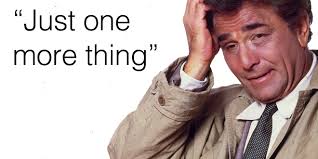 Notice again Chumney’s words with which I began this post:

To some extent, the followers of Jesus knew the basic facts: he was crucified by the authority of Pontius Pilate (with the complicity of the Jewish leadership?) outside the city of Jerusalem around the time of the Passover.

What strikes me here is the extreme difficulty for anyone long familiar with the gospel narratives to step outside our long-held assumptions about them — as Earl Doherty pointed out many times. Prior to writing those words Chumney had identified just two pieces of evidence that he believed supported the historicity of Jesus:

Yet notice what Chumney includes among “the basic facts” about Jesus: that he was crucified outside Jerusalem and that he was crucified at the time of the Passover. Neither of those details are sourced in historical evidence independent of the gospels or a theological claim made by Paul about Jesus being their “passover”. That is, they cannot be confirmed as “basic facts” from the indisputable historical evidence. The Passover link to Jesus’ death clearly has theological meaning given the association of Passover with liberation. Josephus says nothing about Jesus being crucified around Passover. The Passover motif was as much a creative product of the evangelist who wrote Mark as was his portrayal of Jesus entering Jerusalem on a donkey and the darkness at noon. The setting could add nothing to the consoling of the bereft disciples unless it really was the Passover season when Jesus died.

Then notice among the last words I quoted from Chumney:

And after reports of the resurrection, Jesus’ followers saw new significance in this verse from Hosea: “After two days [the LORD] will revive us; on the third day he will raise us up” (6: 2).

Again, as can be done with each of the other “prophecies”, let’s ask how such a passage could have attributed significance to the followers of Jesus in mourning after his crucifixion? Who is meant by “us”? What was meant by “two” and “three” days? Remember, we cannot begin with an assumption of any sort of historicity behind the gospel accounts. That’s cheating. At least it’s circular.

But after a narrative was known beforehand (think “Gospel of Mark” here) then it made sense for others to come along and say all the details were prophesied and preserved in the holy books.

Now, what about the scriptural allusions to other events in the narrative of Jesus?

18 thoughts on “Did the Search for Meaning in Scriptures Really Lead to the Gospel Narratives?”